French Rivera and a Luxury Stay at Le Negresco

This hotel is a tribute to French culture

NICE, FRANCE: The French Rivera is a beacon to the World’s rich and famous. Events such as the Cannes Film Festival and the Monaco Grand Prix attract global attention as hundreds of the designer clad elite flock to the sunny shores of the Cote d’Azur to attend. Smack in the middle of all the action is Le Negresco Hotel in Nice, the last bastion of the independent palace hotels in this region.

This family run hotel is a proud tribute to French culture with several centuries worth of French art decorating its halls and corridors. Ms. Augier, the hotel’s owner, carefully selected nearly all of the hotels 6,000 piece strong collection. The centrepiece of this beautiful hotel is the stunning chandelier in the Versailles Salon. Comprised of 16,800 pieces of crystal this chandelier is one of only two in the world, the other being in the Kremlin.

Le Negresco Hotel is located on the famous Promenade des Anglais in Nice. The main train station is a 10 minute walk and the bus to the airport is right across the street. Its central location is perfect for exploring the bars and restaurants in Nice as well as travelling up and down the Rivera.

Le Negresco exudes an air of sophisticated elegance. The hotel attracts the global elite, especially those with a taste for art and culture. Despite its fame the hotel has opted for subtle atmosphere of old-world decadence, of course mixed with all the modern amenities that are essential for a 5 star hotel.

All of the 96 rooms and 21 suites in Le Negresco are decorated in luxurious period furniture and each has its own unique personalisation. The sea-view rooms and suites are superb with floor length windows looking directly onto the Cote D’Azur. Wi-Fi access is free and easily accessible in all rooms.

Le Negresco is the proud home to two Michelin starred restaurant “Le Chantecler” under the charge of Head Chef Jean Denis Rieubland. The food is locally sourced and the cuisine is of course, French. For a more casual setting guests can opt for La Rotonde Brassiere, which is themed as an 18th century carousel. During the day one can choose to sit out on the patio and dine overlooking the sea. 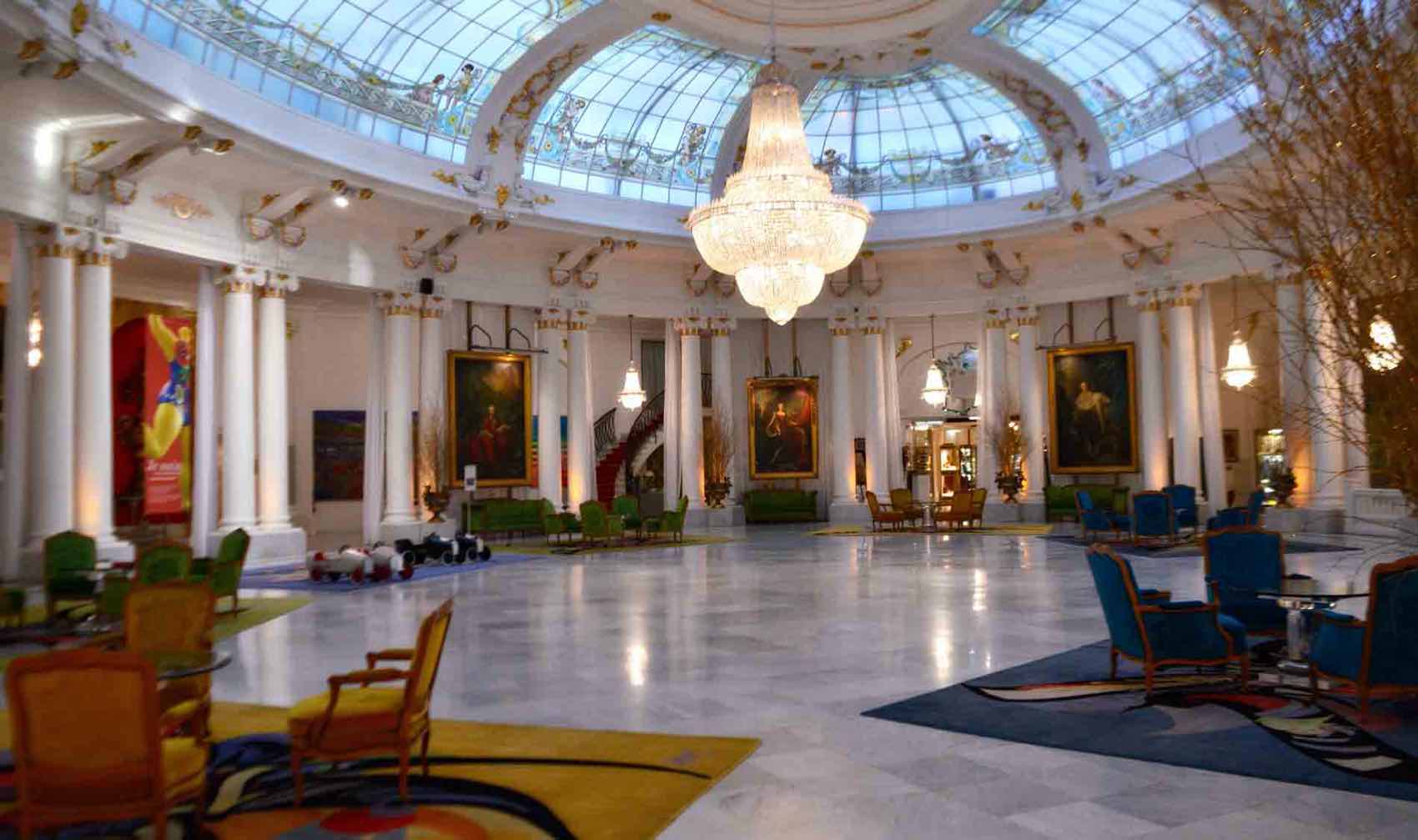 Pros:
Le Negresco is a one of a kind hotel providing a unique cultural experience and a taste of French art and heritage. It’s prime location and beautiful sea views are also hard to beat.

Cons:
I was a little disappointed by the breakfast. The buffet options were limited and there was no chef on site making eggs or pancakes, only pre-made food was on offer.

A story by Ash