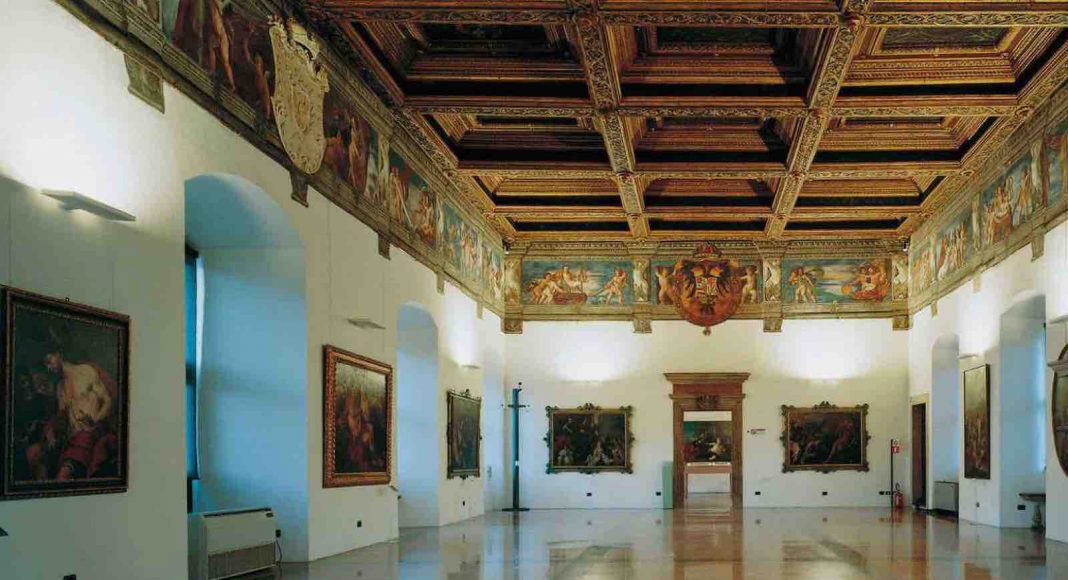 TRENTINO, NORTH ITALY: The trade routes between Italy and northern Europe – along valleys and over the Brenner pass – is a highway for traditions of artistic and intellectual venture. You will see this in museums and galleries, energetic folk traditions and the Trentino region of cultural depth and diversity.

Sculpture parks. One striking aspect of Trentino’s cultural scene is the way some institutions have moved out of our towns and cities, and into the mountains. The outdoor sculpture parks are exciting example of this trend: and they’re never more striking than when there’s snow on the ground.

Sculptures in the landscape

The finest work can be found at Arte Sella in the Val di Sella. Here, the sculptures are as rooted in the landscape as the forests around them. Lee Jae Hyong’s magnificent circuit of sliced camellia trunks looks particularly stark and beautiful against its backdrop of snow-dusted trees.

In Val di Fiemme’s Respir Art project, the theme is the relationship not just between art and nature, but art and time. Each work has been made with its own slow disintegration in mind. 13 of the artworks can be enjoyed in winter, alongside the Agnello piste in the Ski Center Latemar, either with snowshoes or on skis. 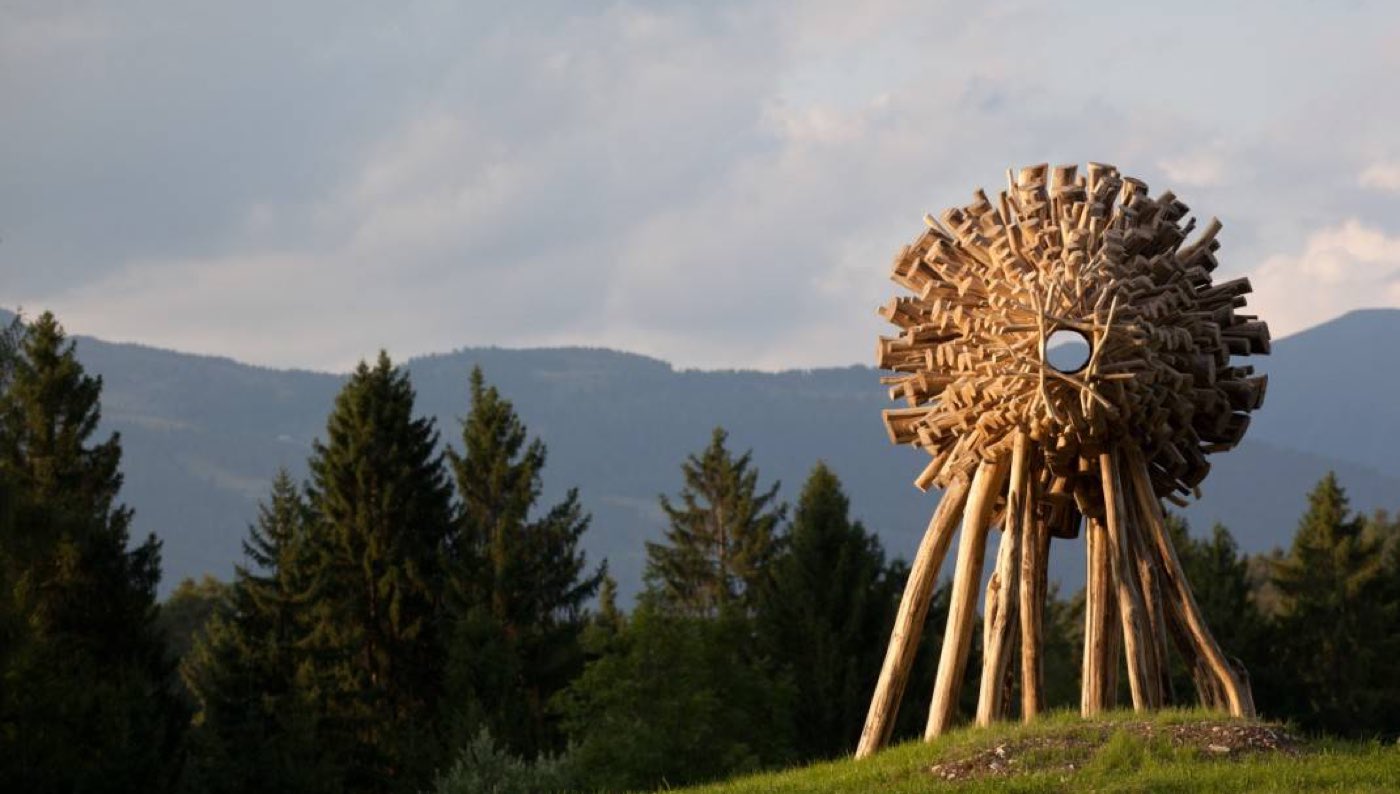 Set on the outskirts of Trento, and designed by Renzo Piano, MUSE is as much a piece of contemporary sculpture as a state-of-the-art science museum. Outside, slanting walls of glass echo the natural architecture of the Alps. Inside, the high-tech galleries are flooded with natural light. Highlights include the greenhouse, where waterfalls run through a living recreation of a Ugandan rainforest. The steamy microclimate is particularly welcome on a chilly winter’s day.

Modern art. Mart has an important collection of modern and contemporary art, which is particularly strong on the Futurists, but also includes masterpieces by de Chirico and Morandi. The gallery has Italian painters and sculptors on show, and offers introduction to the country’s artistic output over the last 120 years. But there are works by the international A-list too – including Picasso, Klee, Kandinsky and Joseph Beuys. The building itself is a treat. Crouched behind two 18th century palazzi in the middle of Rovereto.

Ethnographic museum. Of course, there’s a lot more to culture than paintings and sculpture, as you’ll see at the Museum of the Customs and Traditions of the People of Trentino.  Set inside a 13th century monastery at San Michele all’Adige, it offers collection of tools, toys, furniture and musical instruments, displayed in 43 rooms. There are over 12,000 exhibits in all. No wonder it’s regarded as the best collection of its kind in Italy.

Carnival. In Trentino there is no tradition more distinctive than the Ladin Carnival in the Val di Fassa. The festival runs from January 17th all the way to Shrove Tuesday, also known as Fat Tuesday, February 13, 2018. This carnival has been made famous by outlandish wooden masks, processions and mascherèdes – short satirical burlesques, acted out in Ladin (the ancient language of the Dolomites).

In Madonna di Campiglio, Carnival has a very different flavour. It celebrates links with the Hapsburg monarchy, with a costumed ball, fireworks, and processions. Other include Grauno, in the Val di Cembra, where the locals evoke pre-Christian rituals with a huge bonfire. Storo brings together masked dance groups and floats in one of Trentino’s biggest parades.

Key to the culture. All the museums are free if you have a Trentino Guest Card. It’s available to guests staying in any of the 1,600 hotels and B&Bs, and grants free entry to more than 100 museums, castles, and attractions, as well as free public transport in Trentino and a range of discounts some interesting shops.

The Italians know better than anyone how to rustle up excellent food at 2,000m. Get our report from nostalgia and skiing Italia