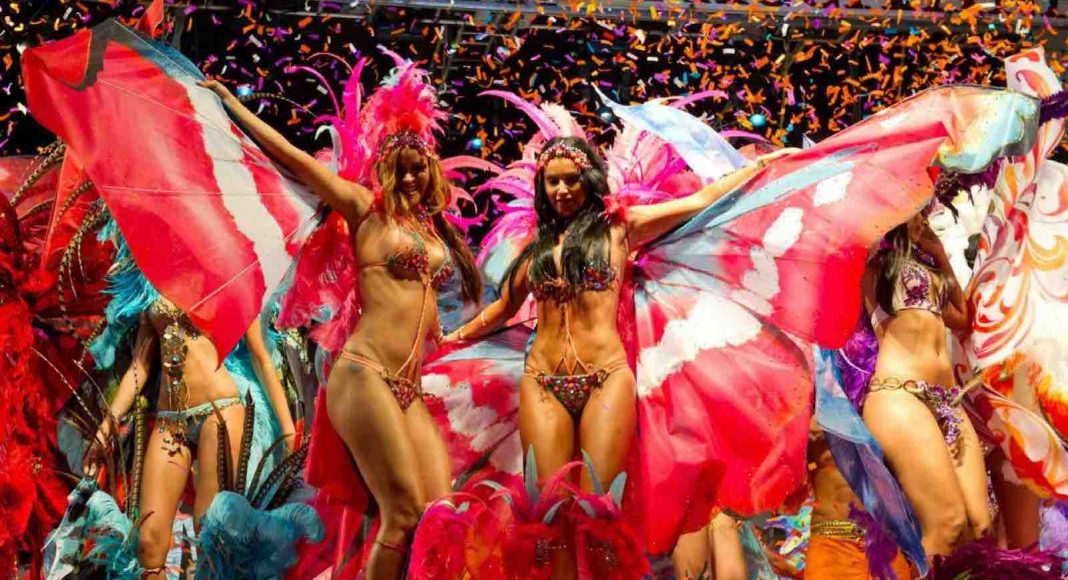 TRINIDAD and TOBAGO According to Trinbagonians, who live for their annual Carnival celebrations which take place between February and March every year; “It´s the greatest show on Earth”. But costumes and accommodation sell out fast so it’s best to begin planning and booking early, preferably about four to five months in advance.

Join a Band. Carnival on the island of Trinidad and Tobago is a parade of calypso and soca bands dressed in extravagant costumes – not only fun to watch, but also an experience to be part of. Visitors and Trini natives are welcome to join one of the many “Mas Bands”, short for Masquerader bands, but reservations ahead of time are necessary.

Besides the music, Carnival is all about costumes. They are made months in advance and created by some of Trinidad´s top designers. That being said, be prepared to spent some money – from 200 to 1,000 dollars for some glitter and glam. Each Band playing in Carnival will have its own color scheme and theme, as well as style. You also have to pay for the costume, so check it out is a good idea.

Plan is important. Like most parties, you can´t just show up empty-handed. Plan early. For Carnival in Trinidad, our advice is to book hotels and flight as early as the previous July. Tourist can join in private parties. Hooking up is a big part of celebration and ends up with casual flings with strangers. For good reason the Carnival survival kits by bands include condoms. Use them!

When to travel. The islands are located outside the Hurricane Belt. The water temperature year around is 24-29. There are only two seasons: the dry season in December-May and the rainy seasone from June to December. During the rainy season , you can expect sunny mornings and early afternoon showers.

Previous: Suriname – Next: Real Cocktail Tour of the Caribbean Islands