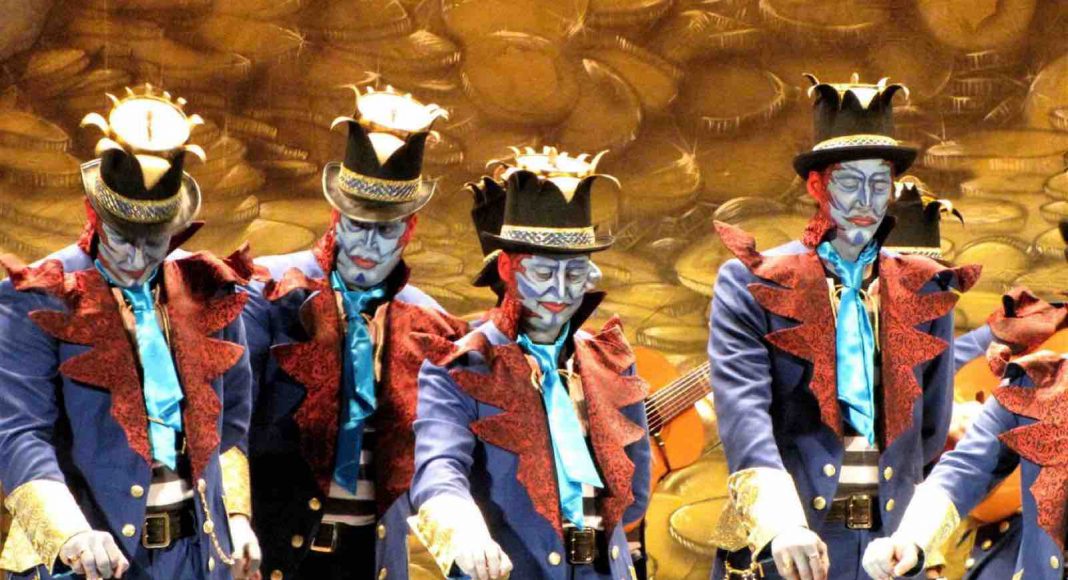 Carnival in Cadiz raised to an art form

The highlight is the all-male choirs, frequently in drag

Carnival in Cadiz has become the liveliest and most dazzling carnival town in mainland Spain, famous for its amusing and creative characters and satirical song groups. Spain’s premier carnival means numerous groups and associations throughout the city – spend the entire year preparing for the next carnival.

Chirigotas are humorous groups that perform satirical pieces about everything from politics to current events.
Choirs are singers may be funny at times, serious at others. They entertain people in the streets accompanied by stringed instruments.
Quartets don’t have to stick to the traditional, but then, this is the carnival, after all.

This raucous celebration of music and humour is what Cadiz looks forward to all year. It’s the biggest carnival on mainland Spain. You can see processions, concerts, comedians, children’s shows and fireworks, as well as plenty of spontaneous singing in the street.

Such dedication does deserve more than just a weekend of festivities, which is why this most ancient of European cities keeps the celebration going for at least 10 days.

Cadiz is Spain’s music-loving port where the sense of humour has been raised to the level of an art form. Carnival in Cadiz means two weeks of high jinks, processions, concerts and street parties, accompanied by fireworks, señoritas and guitars. The daily highlight is the competition of the chirigotas — all-male choirs, frequently in drag, who perform satirical skits on squares across the old city. They’re funny, even if you don’t speak a word of Spanish. The fun begins in February  Fly to Jerez with Ryanair and take bus to Cadiz.