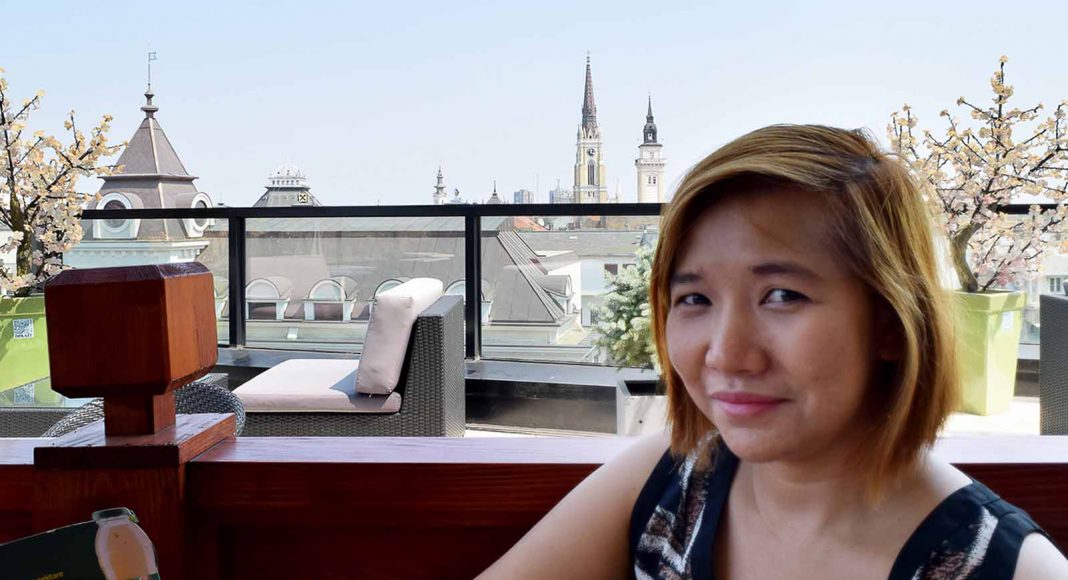 They love meat. This Guide to Serbia tells you more about food traditions

My City and guide to Novi Sad in Serbia
Name: Anna Klarmena B. Bunda
A Foodie Supertramp
Born: 1982
Profession: Food Where do you live? My guide to Serbia begin in Novi Sad. It is the second largest city after Belgrade and located at the banks of the Danube River, Europe’s sesond longest river that stretched along the borders of 10 countries.

Here I grew up: I grew up in our family house in Parañaque City, also known as the fashion capital of Metro Manila and just 45 minutes away from Makati City, which is the financial centre of the Philippines and one of the most populous financial, commercial and economic hubs in Asia.

Why I visit Novi Sad

I’ve always wanted to explore new opportunities overseas, so when I was offered a job at a local gaming company in Serbia, I decided to go for it and accepted the challenge of living in a new place with a different culture and cuisine. 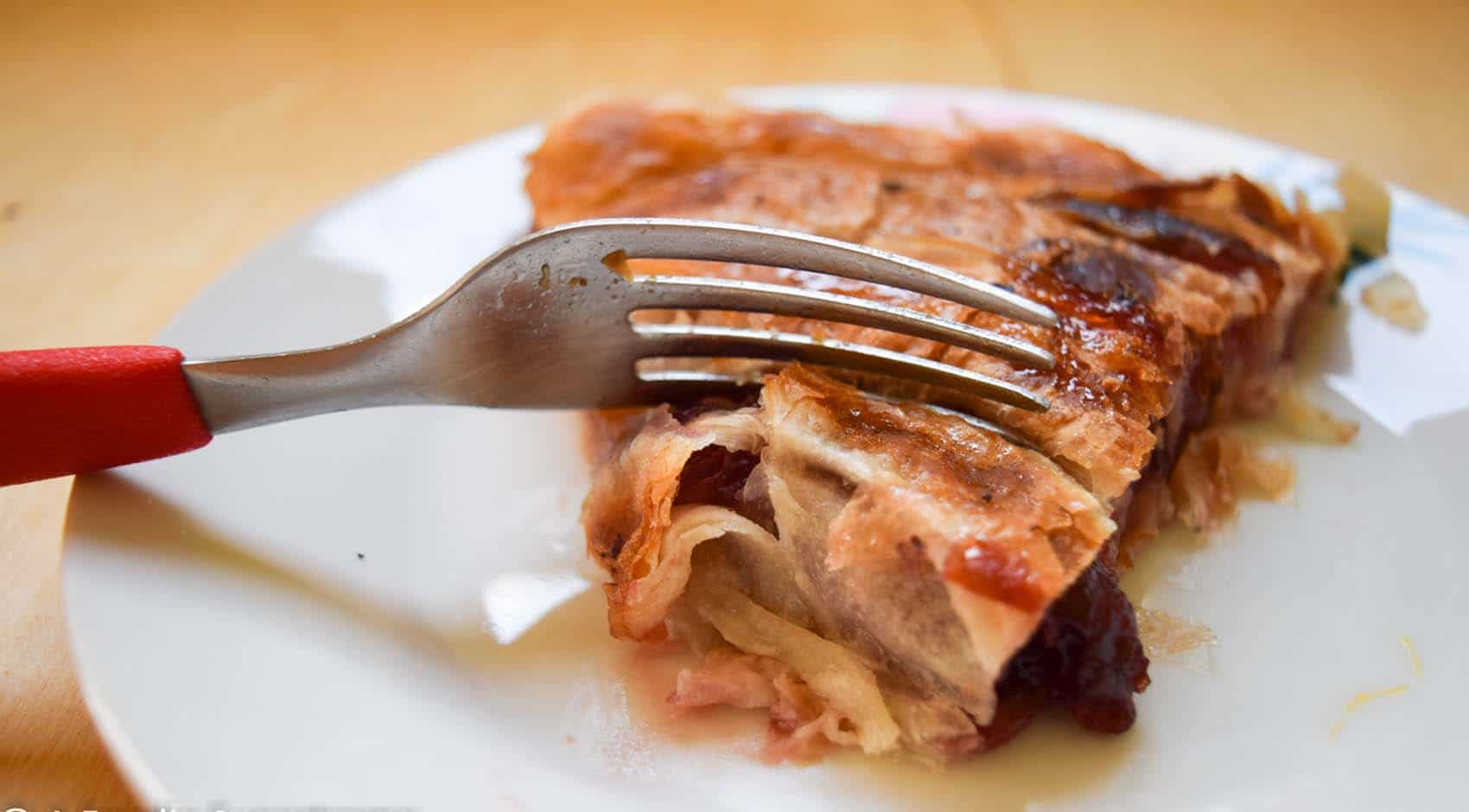 My first memory: I arrived in Novi Sad during wintertime and was so excited because I heard that this country had snowy Christmas. On my first day, it was chilly but no snow yet, so I was a little sad. But my patience was rewarded because after a few days, I woke up on a white Christmas day. I was so ecstatic! I wanted to rush outside in my pyjama but decided against it because the temperature went drastically down to -10 degrees.

I read articles or blogs from other people who had been to the area. And my friends’ suggestions sometimes also influenced my decision about the best place to eat. But most of the time, I just rely on fate.

My guide to Serbia

I have a few favourites. Fabrika Domaća Kuhinja is among the top restaurants. It was just across the street from my office so the proximity was one of its plus sides. But the food is also something that made me come back. Their menu is not static, it changes every day. No reason to run out of new dishes to enjoy. Finally, their service is also excellent. Fabrika Domaća Kuhinja, Marka Miljanova 12, Novi Sad, Serbia

What do you eat there? I love chicken dishes. Every time I visited the restaurant, I asked for the dish of the day. It varied all the time. Their menu included grilled, baked or stewed chicken fillet, pork and beef with white or red sauce and different vegetables. 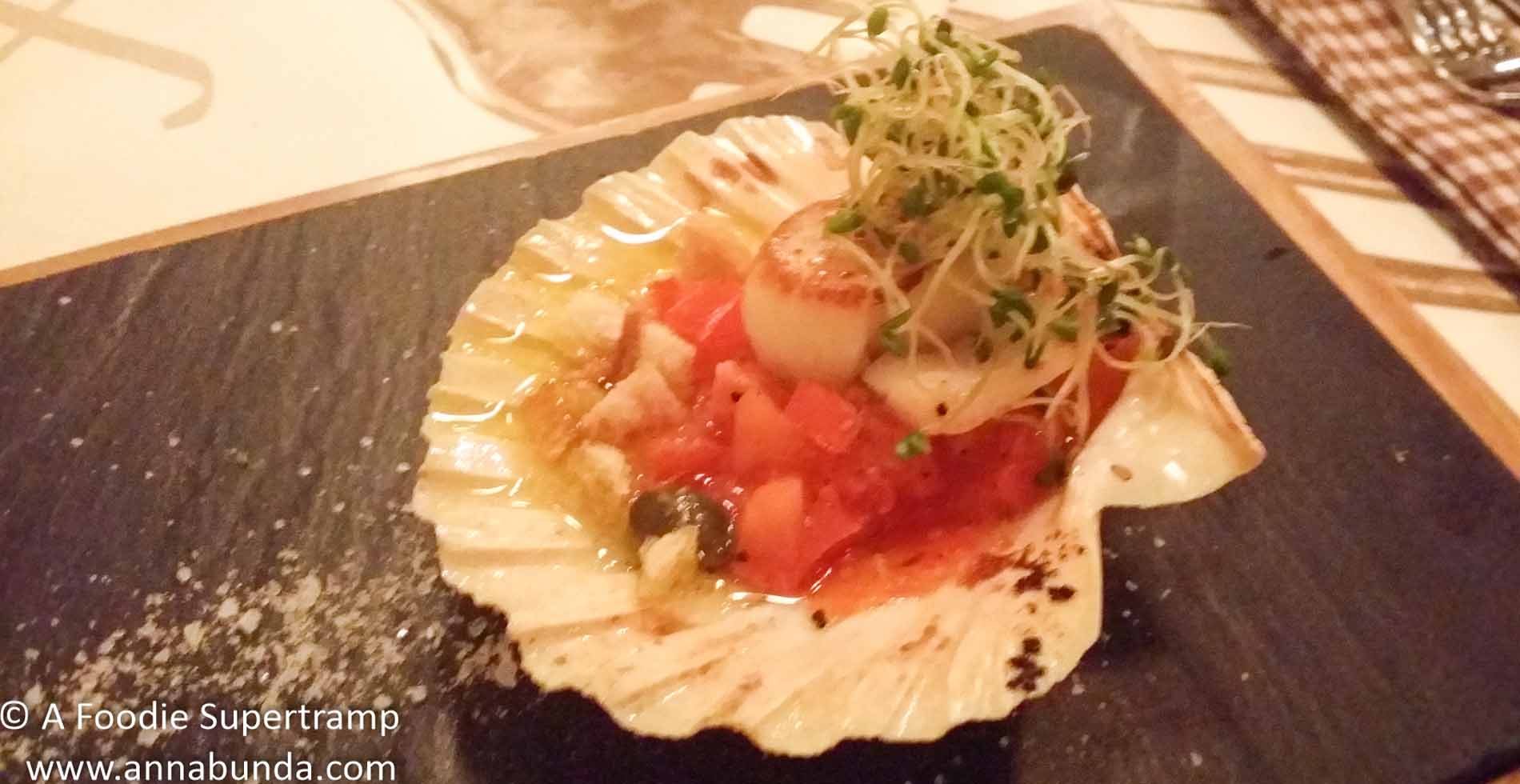 Meat is very much abundant here. Locals enjoy a variety of dishes made from mixed ground meat. As for this guide to Serbia, I like to introduce some local food.

Ćevapi, Ćevapi, also known as Balkan meatballs, is grilled skinless sausage made from a combination of minced beef, pork, lamb and seasoning. Typically, 5 to 10 pieces of these sausages are served with or inside a flatbread with some chopped fresh onions and cabbage, and a generous tablespoonful of sour cream or kajmak.  (similar to clotted cream).

Pljeskavica, grilled patty also made from a combination of minced beef, pork, lamb and seasoning. It is usually served like a burger on a thick pita bread called lepinja with kajmak, ajvar and urnebes or on a plate with some side dishes.

Kulen, are premium, domestically-made, hot red paprika flavored dry sausages made from minced pork which are smoked for several months before being air-dried for another several months. The process usually last up to a year but it was worth the wait. The fully matured kulen were sold in the market and used by thinly slicing the sausage and using it as a filling for sandwiches and pancakes.

Gulaš, is a national, simple and meaty dish made from stewed beef, veal or pork that was introduced to the Serbians by the Hungarian population that lived in Vojvodina. But unlike the Hungarian version, Serbian gulaš has more meat than vegetables reflecting the country’s love of meat.

Punjena Paprika is an all-in-one dish. It is pepper stuffed with a mixture of minced meat and rice then simmered in a tomato sauce for a long period of time. Like ajvar, it is also common during when pepper were easily available in every market at very cheap prices.

Sarma, is a favorite winter meal bursting with flavors. It is cooked by rolling minced meat, rice and seasoning in pickled cabbage leaves then simmered for a long time. Usually eaten hot with corn bread or any ordinary bread on special occasions like Christmas, New Year and Slava (family saint patron’s day).  Other dishes that I love to eat which can easily be found in restaurants and bakeries are the following:

Riblja Čorba, a highly suggested hot and spicy soup made from river fishes, broth, tomato juice and paprika often served a la carte or with pasta. The broth which was made by simmering water, vegetables, fish bones and more fish meat to extract the flavor and nutrients then clarified with egg whites to create a consommé that heightens the taste of the fish in the soup. It has such a delicious and cleansing taste that even people not fond of fish enjoyed the soup.

Burek, is a savory pie baked in a circular pan made by layers of thin flaky phyllo dough filled with ground meat, cottage cheese, cheese with spinach, potato or fruit. It is available in almost all bakeries in the city and usually eaten as a fast food. The meat-filled burek is best eaten with plain yogurt to enhance the taste.

Študla, a common sweet pastry not made with phyllo dough and filled with different fruit sauces, jams or chunks of fruits like apple and sour cherries that was adopted from Austro-Hungarian empire.

Palančinke, or crepe, are common and inexpensive dessert made from flour, milk and eggs filled with jams, cream or chocolate and sometimes with ham, chicken, kulen or tuna with a little bit of sour cream. Ugostiteljska Radnja Kod Sevala,Trg Republike 12

As part of my guide to Serbia, I include Trg Slobode (Liberty Square), the largest and main square in Novi Sad.

Best for a first date

My secret place: A leisurely stroll along the Danube River Quay. It is a haven for activities under the sun amidst an amazing view.

My best advice: Try to drink rakija, it’s a fruity brandy popular among the Balkan community and was considered as a national drink in Serbia. The rakija makers commonly use plum, apricots, and grapes. And sometimes peaches, apples, pears and berries upon occasion.

My favourite shop: I watched movies in a cinema almost every weekend. So, I love going to Arena Cineplex in Bulevar Mihajla Pupina 3. It had 6 cinemas, which was newly renovated with state-of-the-art equipment for total movie enjoyment. It was not as spacious as the cinemas in Manila, but the quality was top rated.

My favourite Event: Serbia’s main attraction is the yearly Exit Festival, proclaimed as the “Best Major European festival” at the EU Festival Awards in 2014. It was held at the Petrovaradin Fortress, located on the right bank of the river Danube. The festival lasted several days usually around the month of July where bands gathered to perform a concert until dawn.

Taxi or other transport

Since Novi Sad is a flat land, it is easy to bike or skate around the city. But for those who are not into that rigorous activity and who doesn’t have equipment, like me, then a bus or a taxi is the way to go around.

For intercity travels, a bus and a train are available. The train is the cheapest option with almost 2 hours travel duration from Novi Sad to Belgrade (the capital of Serbia) because of many stop over.

For international travels, other parts of Europe can be visited by land, air, or water. The local bus and train companies offer a one-way or round-trip ticket to some countries surrounding Serbia. But for a quick getaway, a plane ride from Belgrade (since Novi Sad doesn’t have an international airport) is just the thing. If there is a lot of time to spend, a cruise thru the Danube River allows a memorable exploration of spectacular cities like Vienna, Budapest, Munich and Prague as the river borders 10 countries.

Keep away of: Locals are very much into sports, especially soccer. So during sports season, it was nice to enjoy watching the competition live but it was also good to be aware of how to discuss the games with soccer fans. Important for any guide to Serbia.