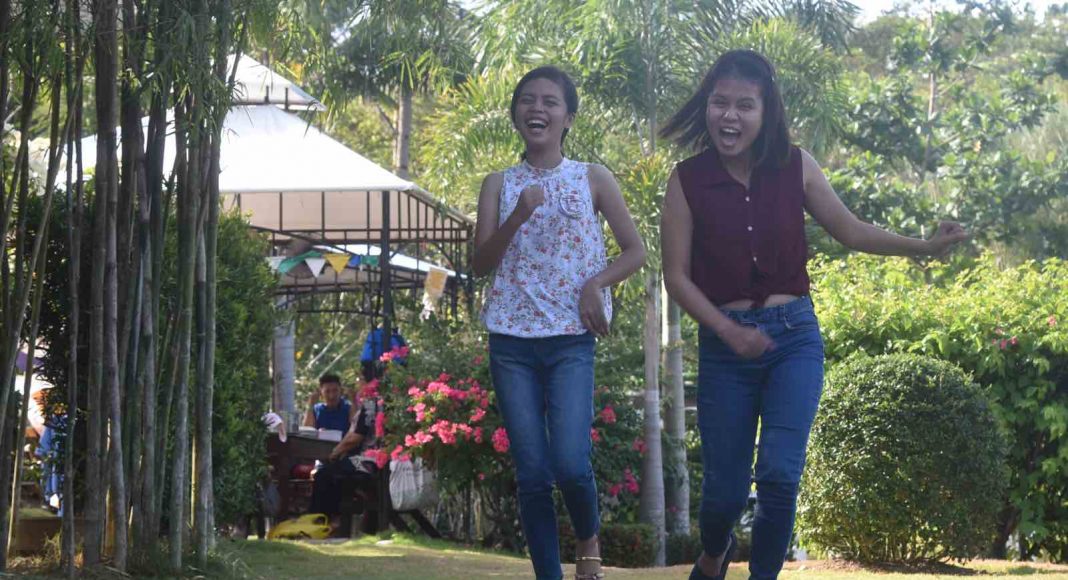 New research reveals; Philippines has the The Happy People of South East Asia

CEBU CITY, THE PHILIPPINES: They make us welcome – they are the happy Filipinos!
When asking foreigners why travelling all the way here for holiday, they shared the whole lot of different reasons. Some mention the beaches and 7,000 islands, while others found shopping exciting, and some brought up prize level and scuba diving. Still, all found one common reason; The Philippines People makes Life more Fun for Tourist!

After traveling this country, I found Filipinos very friendly and helpful, they want me to feel right at home, either visiting capital Manila or a resort south of Cebu Island. The most popular hashtag claims #itsmorefuninthephilippines and with this as an agenda, I came here to uncover if it is true or not, if they are Happy Filipinos making life more fun.

Lesson #1: Even though all the difficulties they have been through, they always seem to be smiling. According to a new research, Filipinos are the happiest people in South East Asia. On top of all happiness, how dare they ask us to believe it´s more fun in the Philippines? Happy and fun, it sounds a bit too much delivered by a marketing brain.

Affordable. Asia is different and mostly beautiful and if you earn your money in US-dollar, UK-pound or Euro, prices in the Philippines are cheap and a main reason travelers are flocking to these shores. More fun for less money sounds promising.

They speak English. With an American colonial history, English remains widespread throughout the islands, this helps when going there as a guest. Shopping is a kind of local sport on markets and malls where to find a myriad of stores alongside banks, repair shops, medical and dental clinics, spas and fitness clubs. All these services and happenings sound great fun for the whole family, all can communicate with the locals. Absolutely great fun.

The food you will be served is fresh, quick to make and affordable. After spending 300 years under Spanish rule, cuisine bears the mark of Spanish flavours with native spices. And fruits are so tasty. Filipino food will be the next big thing in the world food scene. Expect to pay 3-4 Euro for a main course in a restaurant. All islands have their colourful, music-filled and decorated festival. Food, music, dance and festival is always great fun.

It´s known that Filipinos are the friendliest people on this planet and they have hundreds of beaches with white sand. Boracay Island has the finest white sand that doesn´t even get hot no matter how hot the sun may be. Almost every beach in the Philippines offering massages to beachgoers for eight dollars an hour.

Don´t expect everything to be dirt cheap. While you are trying to get a good buy, they are making a living on theirs. This is a Catholic nation and you should avoid getting into a discussion on religion. Filipinos are proud of anything and everything and the slightest criticism could be taken the wrong way. Don´t arrive in time, they are notorious to “Filipino time”, which could be from a 15-minute to an hour-long delay.

Half an hour flight from Cebu to Tacloban you will meet even more happy Filipinos, yet they went through a hell in the 2013 typhoon devastating the whole city. Our exclusive story from Tacloban tells a lot about Filipinos in this drug- and crime-free city.

Manila the Selfie Capital of the Wold

Finally – The People. Filipinos are fun- and music-loving people. They also love taking photos and Manila is considered the Selfie Capital of the Wold.
“More Fun in the Philippines” is a well-known slogan, but the fun is all about the people. Boracay is just load of sand if you remove the Filipinos and Cebu is just another province without the Cebuanos.

I let a Filipino having the final say. Terry Chan lost his farm but survived when Typhoon Yolanda struck Tacloban City in November 2013 and left thousands dead in a devastated city.
“We have faith in God and that is why we rise above our tragedies — we move on, we believe that in the end, we will overcome. It makes us the happiest people around”, Terry says as he reminds me of traveling rule #1: Always listen to the locals.

More about The Philippines: Typhoon, Death and Crime free Tacloban

More Fun: Read the Huffpost´s fun facts about the Philippines

We all sing the song and wish the very best. Happy Birthday means gifts, cakes and lots of local traditions. Almost everywhere around the world.
Read more
Destinations

The old tourist town on way up. Nearby the airport, close to Malaga city, fresh fish and seafood, shops, markets and beaches, sports and horse riding.
Read more