More
Home Destinations Nice jump; He ain’t heavy – he is my brother 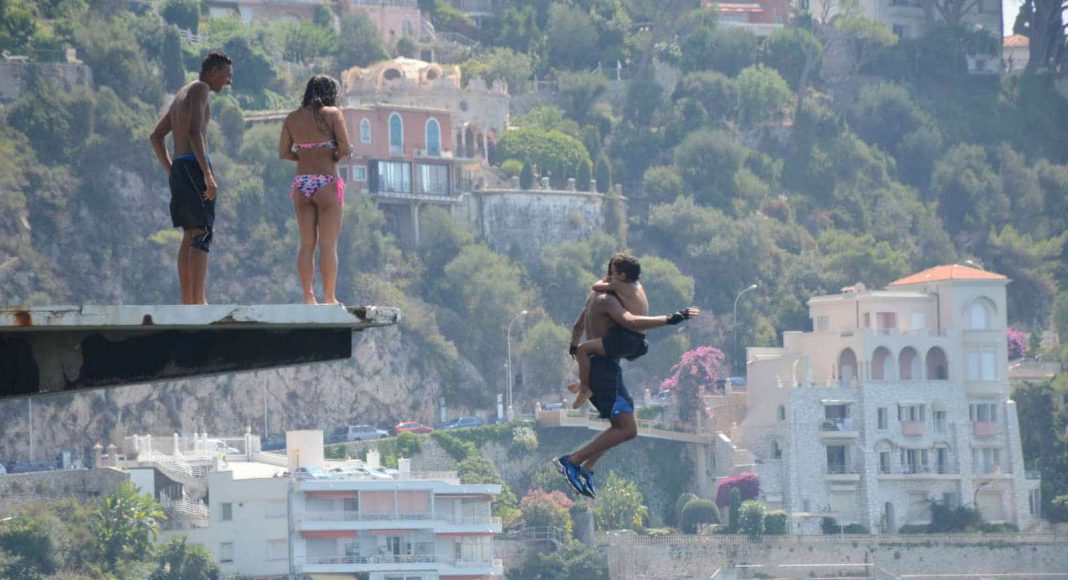 Nice jump; He ain’t heavy – he is my brother

There is always a way down

NICE, FRANCE: You never jump alone!
Our pictures is a reminder that normal life finelly has returned to Nice after 84 people were killed and more than 200 were injured in terror attack during the evening of festivities on the France national day.

These French boys jumping from a not so secured diving tower in the old town and into the Mediterranean sea were not scared of the height – except the youngest one. He managed to find his way up, but on the top he realized the height was rather terrifying as he looked down into the sea 20 meters below.

As we know, there is always a way down. The question is how to choose the safest way downhill. The solution came from his big brother, who took hold of the young one and jumped into the sea. It all ended with a happy landing.

This scary experience reminds me of the old and popular music ballad “He Ain’t Heavy, He’s My Brother”, the song became a world wide hit by The Hollies in 1969, and later on covered by many artists. Here are some lines from the lyrics:

“It’s a long, long road
From which there is no return
While we’re on the way to there
Why not share,
And the load
Doesn’t weigh me down at all
He ain’t heavy, he’s my brother”

True story. The title comes from a true story about two orphan boys, the older carying his little brother on his back to a home for boys. The priest greeted them and asked: “he must be heavy..?”
“He ain’t heavy, father, he is my brother”.