LONDON ON FOOT. While strolling past palaces or through parks fit for a queen, visitors can retrace the footsteps of London’s rich history. From meandering past regal landmarks and majestic residences to a journey through the city’s maritime past. These tailor-made walking routes allow to absorb the essence of London on foot if you fancy free walks.

Length: 4.5 miles. Having hosted Britain’s coronations since 1066, Westminster Abbey makes a striking start to a royal walking tour of London. Visitors can book their spot to see the abbey’s breathtaking interior or simply stop for a quick snap of the facade.

From one royal classic to another, explorers can marvel at the royal epicentre of London, Buckingham Palace, found on the edge of St James’s Park. The world-famous neo-classical style building can trace
its origins back to 1703 and has acted as the main royal residence in the capital since the reign of Queen Victoria.

Next stop is The Mall – an extensive tree and flag-lined avenue, with Buckingham Palace and the grand Admiralty Arch adorning either end. Here visitors can easily visualise the countless royal processions that have taken place over hundreds of years.

Continue the tour through the royal park to witness the personification of British tradition at Whitehall’s Horse Guards Parade, a chance to snap a photo of the Queen’s well-heeled protectors.

As visitors walk towards the River Thames, they’ll spy Big Ben and Parliament Square, two of Britain’s most famous landmarks. From there, they can stretch their legs over Westminster Bridge to the Tower of London, passing the Royal Festival Hall, the Hayward Gallery, Shakespeare’s Globe and the historic HMS Belfast along the way. A fitting finale to this right royal walking tour, guests can delve into part of London’s infamous history as they explore the 1,000-year old fortress, a UNESCO World Heritage Site that’s also home to the dazzling Crown Jewels.

Length: 4.6 miles. Visitors can embark on a riverside tour of London’s maritime history by climbing aboard one of the Thames’ most stunning former residents, the Cutty Sark, now reopen with the We’re Good To Go mark. Those with pre-booked tickets can retrace the footsteps of the captain and crew – both above and below deck!

The next port of call is the nearby Old Royal Naval College, a key location within the Maritime Greenwich UNESCO World Heritage Site. The imposing grounds, palatial architecture and famous Painted Hall interior encompass five centuries of history – those planning a trip can whet their appetite with this 360-degree tour!

History buffs won’t want to miss a free trip to the nearby National Maritime Museum, which is reopening its exhibitions and galleries from 7 September 2020. Fans of the royal family can also pop next door to visit the Queen’s House Art Gallery, with slots now available for the current Faces of a Queen exhibition. Both venues also hold the We’re Good To Go mark, helping visitors to explore with confidence.

From there, fans of the great outdoors can continue taking in the area’s majestic atmosphere by exploring Greenwich Park. At 183 acres, this sprawling green oasis was once enjoyed by famous royals and is even home to an ancient tree known as Queen Elizabeth I’s oak !

Next, visitors can climb to the top of Greenwich Park hill, where they will be greeted with the Royal Observatory and one of the best views across London. The Observatory offers the chance to spy the capital’s skyline from on high, rewarding walkers with an unrivalled vista.

Afterwards, it’s time to discover the very spot that London set its clocks by, the Prime Meridian line. This monumental location is where east meets west at Longitude 0°, setting the point of Britain’s time zone, Greenwich Mean Time (GMT). Before this was decided in the late 1800s, almost every town kept its own local time! Greenwich Park has more to discover too, including the Ranger’s House, a boating lake and a Grade-II listed bandstand.

Keen explorers can extend their maritime adventure by strolling along the Thames, a route which includes a chance to try out kayaking or paddleboarding at the Docklands Sailing and Watersports Centre, before following the famous waterway to the Museum of London Docklands, another holder of the We’re Good To Go mark. Those that book a free ticket can discover how the city was transformed by the new docks at the beginning of the 1800s.

Length: 3.2 miles. Nestled in leafy north-west London, a trip to Hampstead comes awash with grand architecture, tranquil green spaces and cosy pubs. Eager-footed explorers can begin this walking route at the history and culture-soaked Keats House. This Regency villa is the former home of the renowned Romantic poet and is steeped in literary history.

Next, visitors can discover the allure of one of Keats’ muses, Hampstead Heath. A chance to experience the natural beauty of one of London’s biggest parks, the rolling green space also offers pond swimming and an unforgettable viewpoint over the city atop Parliament Hill – don’t forget to pack a pen and paper in case inspiration strikes!

Next, a slice of nostalgia by the shipshape Admiral’s House – the building said to have inspired Mary Poppins author. After snapping a selfie, prepare to discover a charming secret garden at Hampstead’s Hill Garden and Pergola. 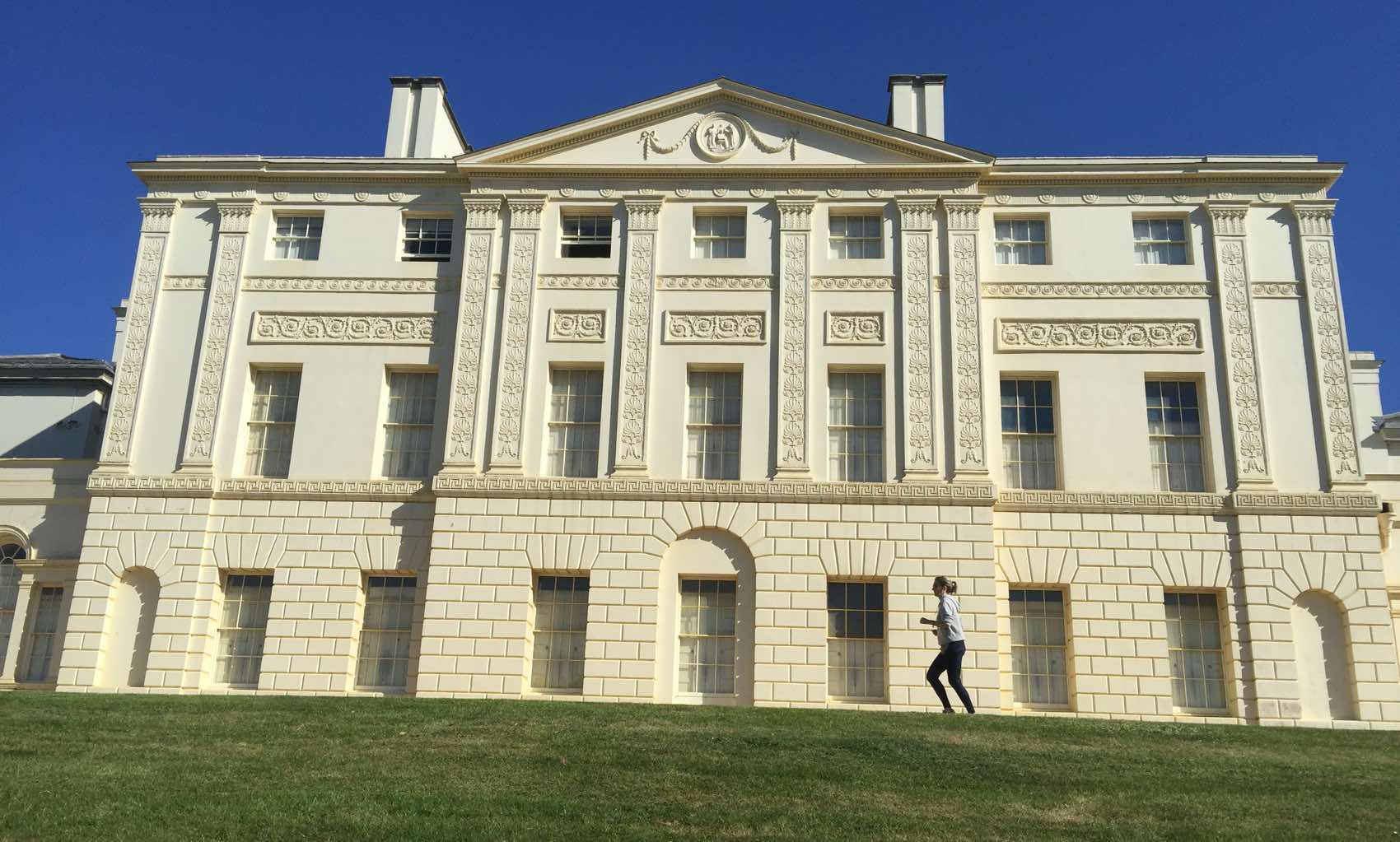 Once grounds to a manor house, the hidden gem of Hill Garden inject fairy-tale-levels of romance to this walking adventure. Visitors can leave the real world behind as they stroll through ivy-wrapped walkways, neo-classical columns and past serene ponds.

After leaving their tranquil secret garden, explorers can continue on to Kenwood House. Surrounded by stunning landscaped gardens, the expansive white building is a masterpiece by 18th-century Scottish architect, Robert Adam. The ground floor reopened for visitors to enjoy.
Walking London by foot with this central London advice are for free and the local slang for such walk is lon:foot