Meet a Gringo veteran; “In capital Havana I feel like a walking wallet”

EAST CUBA: Cuba is much more than the capital Havana. Some of the loveliest areas are found in Eastern Cuba where the mountains meet the coast. Where you drive alongside dramatic cliffs and massive mountains and part of the roads are in poor shape.  And the road from Santiago de Cuba to Baracoa is equally beautiful. East is the Old Cuba, allowing visitors to retain a bit of authentic charm.
Now is the time to explore and get off the beaten path at some special spots. Simply follow advice from a man with great knowledge about Cuba.

“I’m done with Havana” says Kjetil Ryen, a Norwegian who found his paradise in the small town of Santa Maria. Here, in the east of Guantanamo region, both his wife and daughter are living, while he commutes between Norway and Cuba.
“Actually, I came to Havana in 2003 because of my interest for cigars. I wanted to experience Fidel Castro´s country and the cigar production. While the capital is a busy, urban paradise, east of the country moves at a slower, less frenzied pace. In Havana I feel like a walking wallet”.

Most charming about Cuba?

«Without a doubt, the people! They love to meet visitors. Eastern Cuba has always been the revolutionary centre, which started in Santiago de Cuba in 1953. This city is a perfect place to visit»

How do you travel to Cuba?

“From Europe I prefer KLM direct flight to Havana, then to Guantanamo with a national company. Even easier to fly to Santiago. I would not recommend driving by yourself, it is far too easy to get into trouble as so many Cubans drink and drive”

Your advice to first-time visitor?

“Get in touch with the Cubans – they don’t own much, but offer lot of joy. In order to know a new place, stay as long as possible. Ask for Cuban wine when you’re at a restaurant, it’s actually good. Otherwise, inflation is high and prices are rising. Imported goods are very expensive. Use Euros or pay by cards. Exchanging pesos on the street is illegal, but everyone does it” 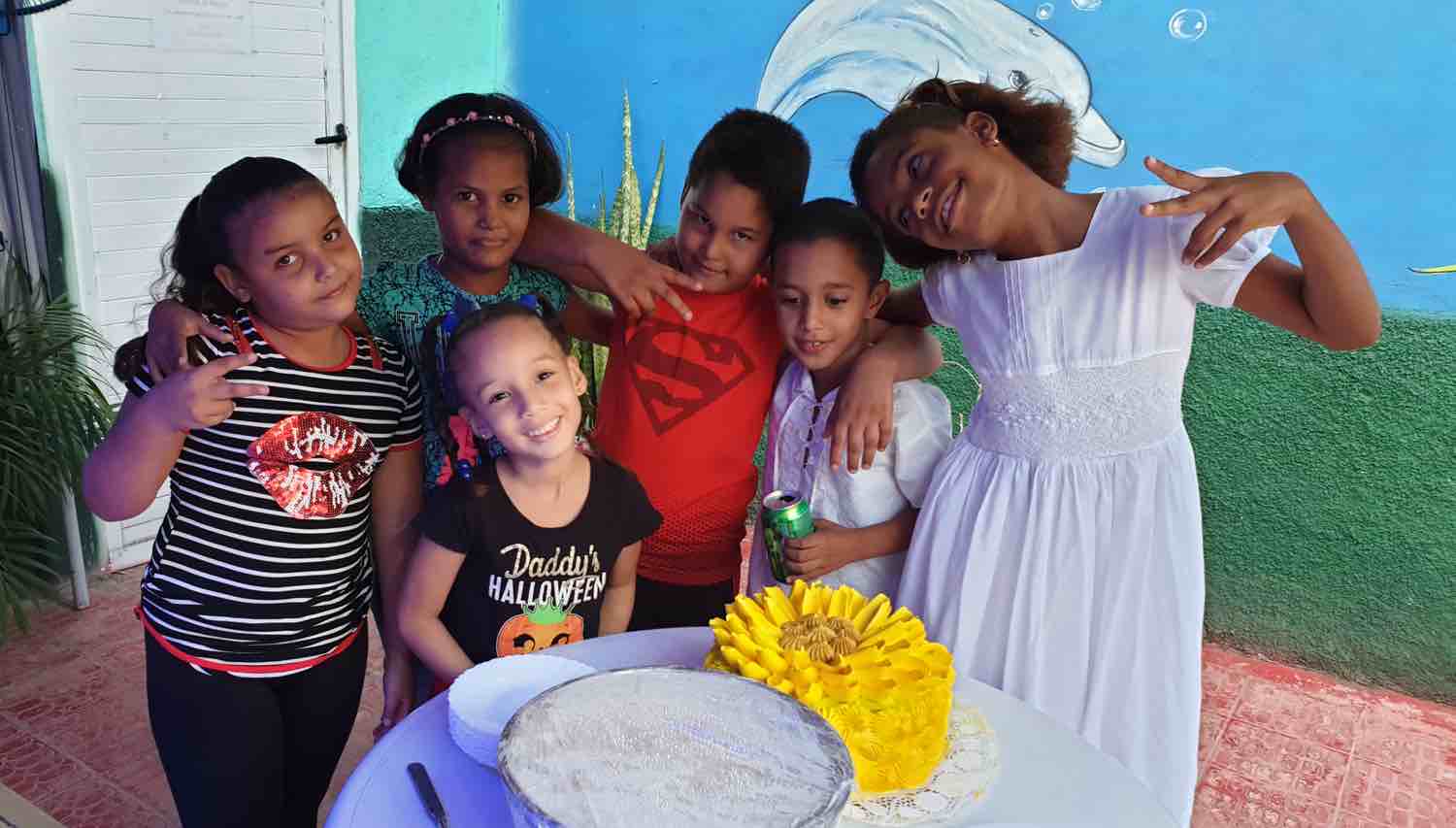 What about women in Cuba?

“Get out of Havana and try to meet ordinary women. She doesn’t normally speak English, and of course you will have better contact with anyone and everyone if you speak a little Spanish”. Says Kjetil Ryen after first 19 years in Cuba. Visit Restaurant Sheila, in the town Santa Maria, just 2km north of Guantànamo city.

Where: Located in the south east, Santiago de Cuba is the second largest city in Cuba, some 870 km from capital Havana.
Population: 1 million,
Another name: Known as Hero City of Cuba

Interesting points: This is the root the Cuban Revolution. Visit the Cementerio Santa Ifigenia Graveyard, where several heroes are buried next to some important monuments.
Best night out: The Carnival to celebrate end of the harvest season, usually end of July with the Cuban national holiday July 26.
Where to stay: Why not in a private home, known as Casa Particular, close to the locals, living day to day with people who tell all kind of curious acts that no one else will. Affordable prices.
Beaches: Santiago de Cuba has tourist options and offers for sun on the beaches. Enjoy boat trips, water sports and snorkel, and dive to sunken ships.
Airport: Antonio Maceo International Airport.
Places to visit: Cespedes Park is the main square and a space full of life surrounded by some of the most symbolic buildings.
Expressions: Historical and cultural treasures: The first House of America, the first Cathedral of Cuba and the first Cuban museum. But Santiago wouldn´t be what it is without its spontaneous and natural people.

Where: Guantanamo is known for the controversial US Naval Base in the town of Caimanera. The easternmost province is a true natural paradise with exotic beaches, natural reserves and some beautiful cities, such as the colonial town Baracoa and Guantanamo.
The city was founded in 1796.
Population: 200.000.
Another name: Also known as Gitmo by the Americans. The name means «land between rivers».
Interesting points: Parroquia de Santa Catalina de Riccis Parish, hosting a cathedral, and the Provinvial Museum.
Best night out: Enjoy Saturday nights in the Pedro A. Pèrez at outdoor restaurants and live music.

Location: On the eastern tip of Cuba, where Christopher Columbus landed in 1492.
Original name: Nuestra Senora de la Asunciòn de Baracoa. 120 km east of Guantanamo and 200 km east of Santiago.
Population: 40,000
Character: What would Cuba be without Baracoa? Baracoa has all the old charm.
Oldest and most isolated town shows original atmosphere on the windy side of Cuchillos del Toa mountains. This colonial town, also known as the First City, was founded in 1511.
Attraction: Cultural and natural attractions, colourful streets and been named a National Monument. Independence Park is the most prominent public space in the city. Baracoa gets more than its fair share of rain, and surrounded by stunning rainforests.
The Journey: From Havana by Viazul Bus is a long trip on not so comfortable roads. Even from Santiago de Cuba it´s still five hours.

Best for visitors: Seduce visitors with the combination of stunning blue sea, mountain, and chocolate. One of the most beautiful places in Cuba.
The Food: Different cuisine from the rest of Cuba. Try Cucurucho, a palm-leaf filled with honey, mashed coconut and almonds, Baracoa´s most famous delicacy. Some shrimp and lobster are delicate and so tasty you will remember it or a long time to come.
Chocolate: Baracoa is the hub of Cuba´s cacao production. You can buy chocolate, see plants and visit the “chocolate museum”.
Instagram: See the statue of Christopher Columbus who came here in 1492 and make a selfie for your Instagram. The statue is carved out of a large piece of wood, next to Fort Matachin. Well, if you know who Columbus was.

Travel to the East. Here are two national airports: Marina Grajales in the city of Guantanamo and Baracoa Airport in Baracoa. The distance from Havana is 915 km.
Trains have very old facilities. The most important lines, such as La Havana – Santiago, have special and regular trains. Foreigners should pay tickets in cash, and tickets have reasonable prices. Check schedules, they are subject to many changes.

Can I use my phone in Cuba? There are roaming agreements for the most international phone companies. You should have no issue using European standard or American standard mobile phone. There is no free Wi-Fi access in Cuba.

Santiago is a melding pot of Cuban and Caribbean culture. It is home to almost every genre of Cuban music and a city famous or its rum. Visit rum museum and a factory for tasting.

A small city with a lot to offer. Visit the Cathedral and the waterfront called Malecon. The city can be windy, regularly raining and sometimes the hurricanes. Baracoa is a little-known slice of paradise in the very old Cuba.
Try a heavenly dish of shrimps, octopus or even lobster in coconut sauce.
Have a chocolate drink at the Casa de Cacao, Calle Maceo 21, the main street.
For a day relaxing on the beach and swimming, go to Playa Maguana with golden sand, clear waters and a coral reef.
Enjoy a night out. The best place for salsa tunes is Casa de la Trova with daily salsa shows.

Santiago de Cuba is heaven for history lovers.
Classic American cars on the roads date back to before the communist revolution and the American embargo.
The minty and refreshing Mojito is a Cuban recipe. Daquiri is another of word´s popular cocktails, while rum and coke, known as Cuba Libre, originated back in the Spanish-American war.
Cuba is famous for its cigars, but if possible watch Cuban National Ballet.
Never do in Cuba: Don´t criticize Fidel and don´t take pictures of the Police.
Cuba is safe: No drugs, guns, gangs and no violent crime. No terrorism, kidnappings, or mass shootings.
Show travel insurance when you enter Cuba, or they won´t let you in. Print out all travel documentation.

Ernest Hemingway, writer and Nobel Prize Winner, lived in Cuba for 20 years. He was a notorious heavy drinker, and once bragged how he drank 13 double Daiquiris in a lunch setting.
There are just two countries in the world where Coca Cola cannot be bought or sold, Cuba and North Korea.
Cubans love to Dance! Famous for Salsa dancing, it’s also crazy about Rumba, Mambo and Cha-cha-cha, Trova and Danzon.
National dish: Ropa Vieja made of beef steak braised in a sauce made with red peppers, onions, tomato paste and pimento stued green olives.

Fidel Castro enjoyed smoking Cohibas, a brand developed after the revolution. Prices in Cuba are the lowest and the iconic Montecristo No2 will cost 8 dollars.
Becoming a cigar roller involves education. They’re still hand-rolled, which leads to an incredibly high-quality cigar: not too tight, not too loose, but just tight.

“I´ve smoked cigars since the 80s and Partagas Piramides is my favourite. It has creamy flavours with spices, full of quality and character. Just as Cuban women”, gringo Kjetil Ryen concludes.

Facebook
Twitter
Pinterest
Previous articleLet’s talk about a language that doesn’t use Yes or No
Next articleGreek Coffee tradition – A pleasure for body, mind and soul