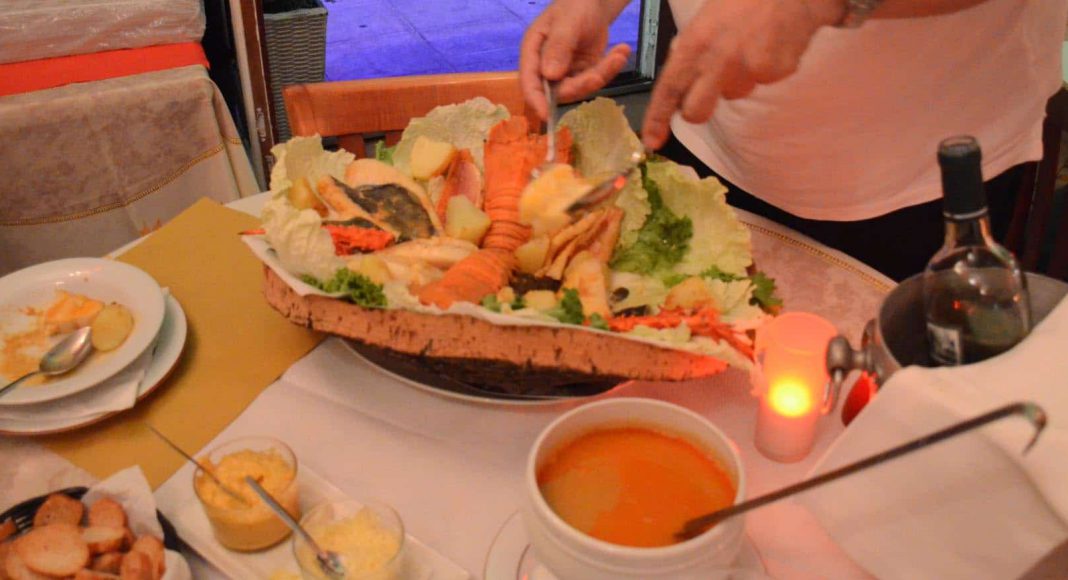 Search for the best French fish soup is over

And best of all, the great fish dish that everyone raves about, the combination called Bouillabaisse

NICE, FRANCE: It has already been said; if you want real Bouillabaisse, you need to go to Marseille. But after some serious investigations along Cote d’Azur, I can lead you to Chef Milanka, located in a back street of the harbour in Nice. Milanka has made Bouillabaisse for 35 years and she brings out the best French fish soup and tradition.

France is a country lapped by oceans on three sides and there is plenty of fish and shellfish to please everyone’s taste. The French have developed many ways of cooking. Simple filets are topped with delicious cream and mushroom sauces – and best of all, the great fish dish that everyone raves about, the combination of many fishes, called Bouillabaisse.

We were served the most delicious bouillabaisse few streets behind the harbour of Port Lympia in Nice – in a small restaurant with the weird name “Only You – Le Millenium”. Here Milanka makes all food, while her husband Gilbert serves, plays keyboard and performs French songs, or make sure he sing a song from any country guests come from. Gilbert used to travel around the world until he met Milanka, the Serbian chef.

Milanka can cook real bouillabaisse – the French version of fish soup – and she treats us with seven varieties of fish and shellfish. Seven – neither more nor less. For years Milanka worked at a restaurant that served bouillabaisse to 300 people every day. However, too be served her bouillabaisse make sure you order the meal 24 hours in advance.

Milanka’s bouillabaisse contain the red snapper, lobster, halibut and four other varieties of fish – firstly served as a soup and then separately with soup and fish. It was a meal rich in flavours and so large that there was enough fish and soup to invite a German family strolling the streets for a meal. No wonder Milanka and Gilbert have regular guests who come all the way from Belgian and other places in Cote d’Azur to dine her homemade bouillabaisse.

Bouillabaisse should be considered as traditional cuisine and gourmet dining, and food of such standard can cost the earth elsewhere in Nice. At Only You this main course will set you back 35 euro – and no one will feel the need for food until next day’s lunch. Don’t expect stunning sea views or smartly dressed sommeliers at Only You, but a chef who use her experience and catch of the day – and a singing waiter performing old songs.

More from France: The right end of the Riviera