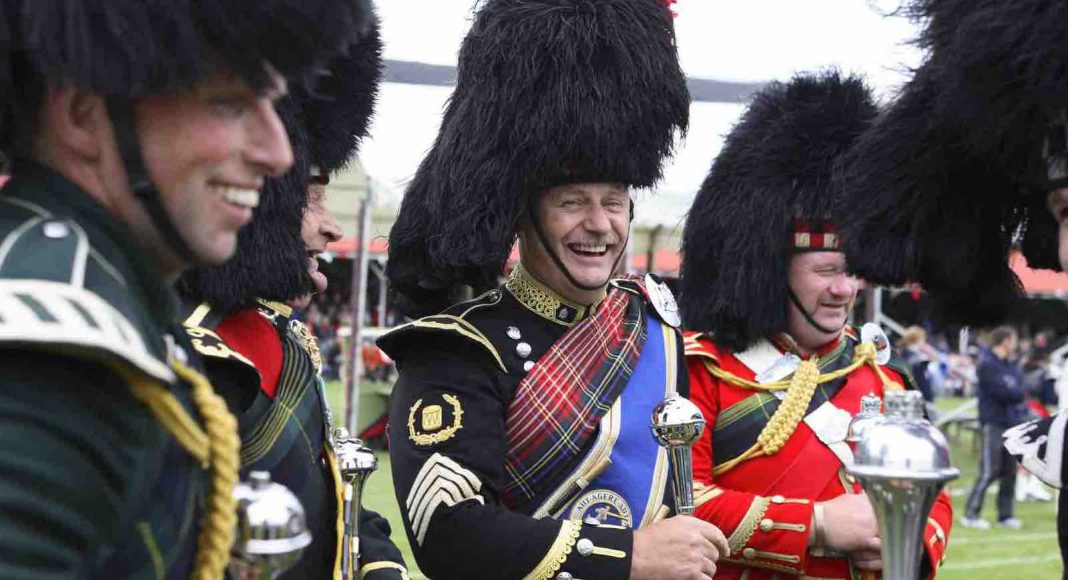 Take in a Scottish spectacle at the Highland Games

SCOTLAND: The Highland Games hark back to the 11th century when, in order to find the fastest soldiers and couriers. Today, the Games season is the most celebratory of the Scottish calendar. Wearing traditional tartan kilts, competitors engage in foot races and heavyweight athletics – including tug-o-war, shot putting and caber tossing. 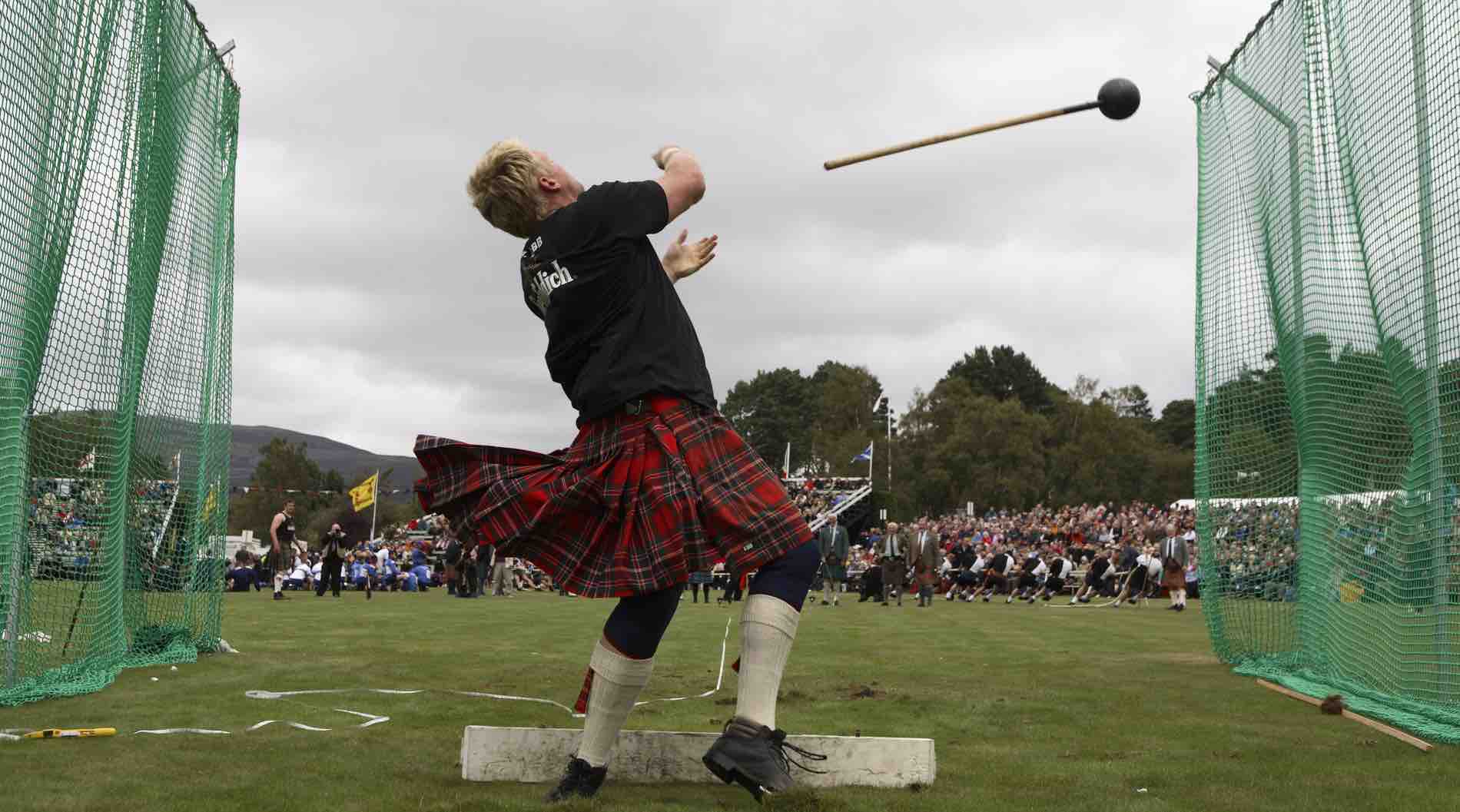 The caber toss is a traditional Scottish athletic event in which competitors throw a very large wooden pole. The caber is usually made from a Larch tree, and is typically around 5.94 m tall, weighing 175 pounds (79 kg). Caber tossing is said to have originated from lumberjacks needing to transport logs by throwing them in streams.

As well as athletic events, the Games host colourful displays of native dance such as the famous ‘Highland Fling’. Alongside bagpipe performances and delicious local cuisine. Highland Games take place across scores of northern Scottish locations, and are a wonderful way to experience the nation’s rich culture and heritage. A calendar of events is available from the Scottish Highland Games Association – here are five of the biggest and best. 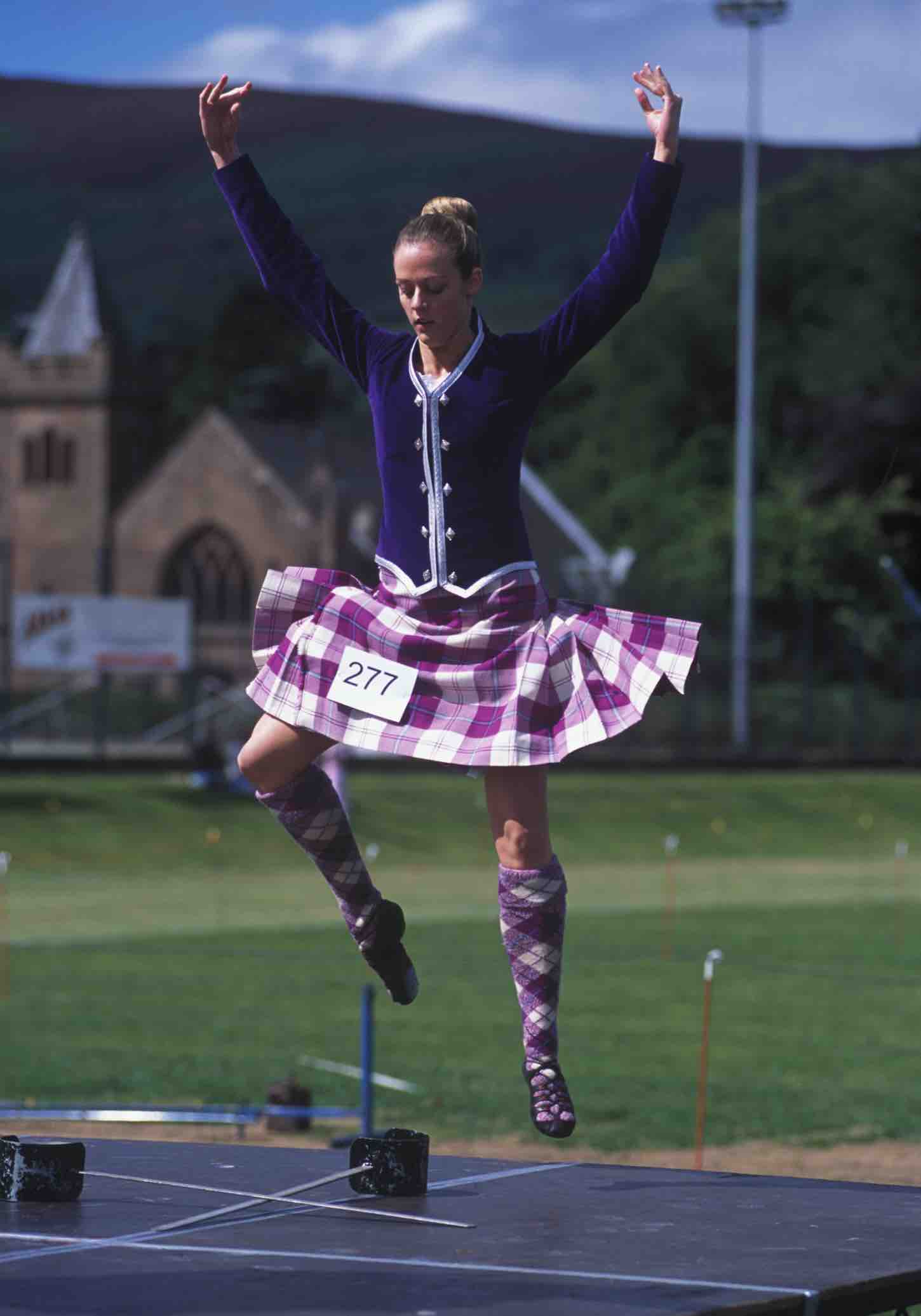 With Inveraray Castle as its majestic background, the Inveraray Highland Games host the World Caber Championships. The caber tossing competition is a highlight of the games’ heavy athletic events. Alongside field and track races, Highland dancing competitions, local Scottish food and drink stands, and trade stalls selling local wares. Bagpipe music has come to symbolise the Highland games and Scotland itself, and there is a solo piping competition which runs throughout the day. The Highland dancing consists of three dances. Inveraray town centre is around one hour 45 minutes by road from Glasgow.

St Andrews, Fife
Held at the world-famous ‘Home of Golf’ on the coast of Fife in July, as well as a variety of traditional events, these Highland Games stage a nail-biting, knockout bicycle race known as ‘Diel Tak the Hindmost’, where, at every lap, the rider in last position is disqualified. St Andrews is around one hour from Edinburgh by train and bus.

Dunoon, Argyll and Bute
The world’s biggest Highland Games, Cowal Highland Gathering is situated on a picturesque peninsula an hour west of Glasgow by car and ferry. The Scottish and World Highland Dancing Championships held at the event hosts teams from Scotland, Canada, Australia, South Africa and the USA.

Braemar, Cairngorms National Park
Set in the heart of one of national parks, the village of Braemar hosts this major highlight of the Scottish cultural calendar. With pipe music, sword dances and sports events – ranging from hammer throwing to the historic hill race – the Gathering takes place on the first Saturday of September in the Princess Royal and Duke of Fife Memorial Park. Members of the Royal Family have attended since the days of Queen Victoria. Braemar is around six hours drive northeast of Glasgow.

Some Highland Games follow a quirkier format, like Aberfeldy Show and Games in Perthshire, taking place in August. This event has vintage tractors, a fancy dress contest on horseback, and even terrier dog racing! The market town lies on the River Tay, about three hours’ drive north east of Glasgow.