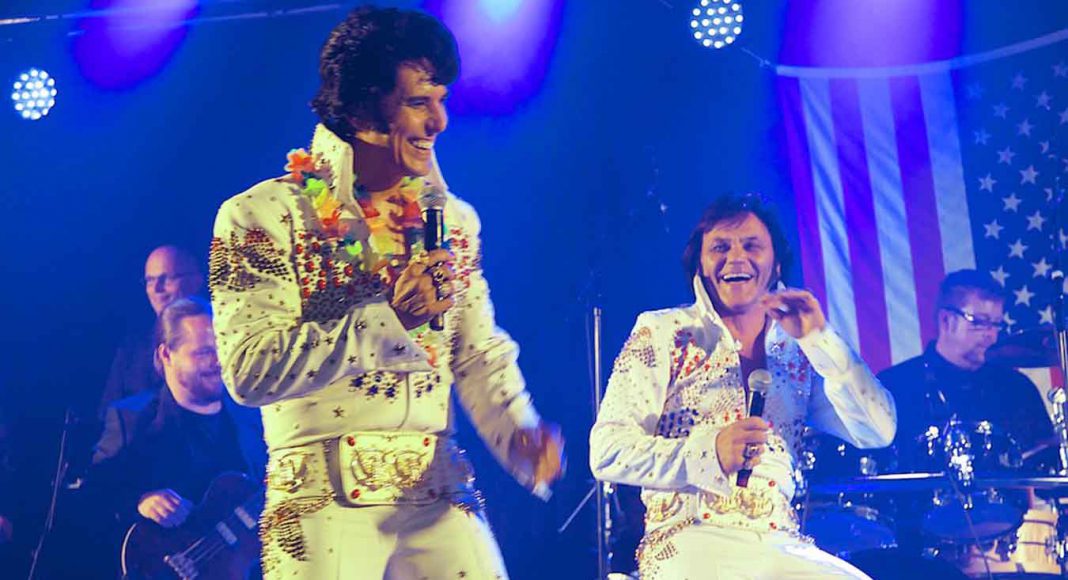 Elvis Festival in Måløy – just like last year. Every year in August

MÅLØY, NORWAY: The Elvis Festival is going to be held in Måløy – this year like last August. Like every year. A unique festival because it´s the only one of its kind in the whole of Norway. Måløy is a small town, beautifully situated by the mountains with a panoramic view of the sea and the mountain range on the other side of the water. Måløy town will be decorated for the party and festival, this year with musicians from many countries: It´s party for Elvis!

That´s Alright. It´s long since rock’n roll really began. Of course, there were musicians before Elvis Presley appeared, but none of them made such an impression in musical history as Elvis with his song, “That’s Alright Mama”. The song came about by chance but eventually became a hit around the world.

Elvis Presley. Many people saw rock as a passing fad, but today there are new generations, and, not least, new musicians, who continue to be inspired by the man who changed popular music for ever, Elvis Presley.

A proud town. For this reason, Måløy is proud to be able to launch an Elvis Festival that turns the entire town upside down. There will be celebration and it will be done in a big way and in a way that Elvis probably would be proud of. Like a real party for Elvis!