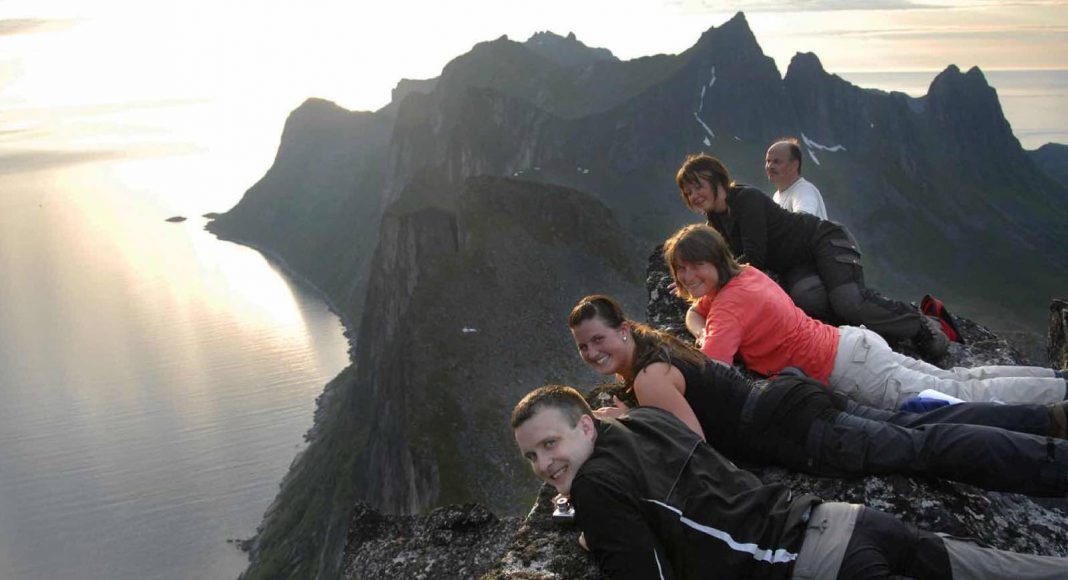 The Arctic Race takes us North of Norway

The world’s northernmost race for the world’s cycling stars

NARVIK, NORWAY. The Arctic Race race takes us to island, villages, hills and fjords, the  port of Narvik and the Arctic metropolis of Tromsø. This is the world’s northernmost road bike race for the world’s cycling elite. Since first held in 2013, the Arctic Race of Norway has cycled from the North Cape in the north to Helgeland in the south. Organised in partnership with the Amaury Sports Organisation, which also organises the Tour de France and the Vuelta a España.

The stages. The stages go through the central, green region of Northern Norway, with a varied landscape of forest and mountains, though with a good share of sea and fjord. The most spectacular TV images will come from the mountainous island of Andørja. But also the Ofotfjord, Lyngen Alps and outer coast of Sommarøy island.

From fjord to fjord

Engenes is a tiny village at the northern tip of Andørja. A route following the shadow of impressive mountains, before turning in along the Astafjord. Once voted the most beautiful fjord in Norway. The riders will pass beneath the green hillsides lining the Salangen fjord to the valleys of Inner Troms. They will cycle alongside the Lavangen and Gratangen fjords before cresting the mountain pass at Gratangsfjellet. Then speeding down to the magnificent Ofotfjord. The final stretch will take them in to the iron ore port of Narvik, and the finishing line in the city centre.

Finish at the airport

Sjøvegan to Bardufoss Airport. Route winds through inland forests, and its highest point is 330 metres. From Sjøvegan, the race traces a loop up to the E6 near Brandvoll. From Fossbakken, it goes gently down through Spansdalen valley to the Lavangen fjord, then over the hill to Salangen again. The final climb will take the riders to Bardufoss, where the finishing line is at the airport.

Lyngseidet to Finnvikdalen. The race moves to Lygseidet, a charming village beneath the Lyngen Alps. The first part follows the western edge of the Lyngenfjord to Nordkjosbotn, and then the riders will cycle out along the Balsfjord and on to Malangen. However, they will soon see the 1,100 metre (3,600 ft) peaks of the Bentsjordtinden range, and the tunnel under the waters of Rystraumen will take them over to Kvaløya island. The eastern side of Kvaløya is dotted with the first homes of the Tromsø suburbs, and after the final push up Finvikdalen valley and the finishing line.

Tromsø to Tromsø. Start and finish are both in the city of Tromsø, but most of the route will be on the mountainous island of Kvaløya. Once the riders reach the fishing village of Sommarøy, they will start heading back to Tromsø, following the shores of the Kattfjord, with spectacular peaks as a backdrop. After a tough ascent, this road will take them to Kattfjordeidet.

The final part will take them through the residential areas of Kvaløya and onto Tromsøya island, where we expect most of Tromsø’s 75,000 inhabitants to be lining the route or enjoying the festival around the finishing line.

Start planning your next dream holiday. Here are some of our favourites, perfect options for a much-needed break. Just start the fun.
Read more
Eat Local

Spain has a great tradition of serving Tapas. Small dishes in a bar or plates ideal for sharing. Barcelona is a Tapas-City and here are 27 of the most tasty.
Read more
Drinks

One is all right. Two are too many, and three are not enough. There are countless myths about Dry Martini Cocktail, a drink for style and class.
Read more