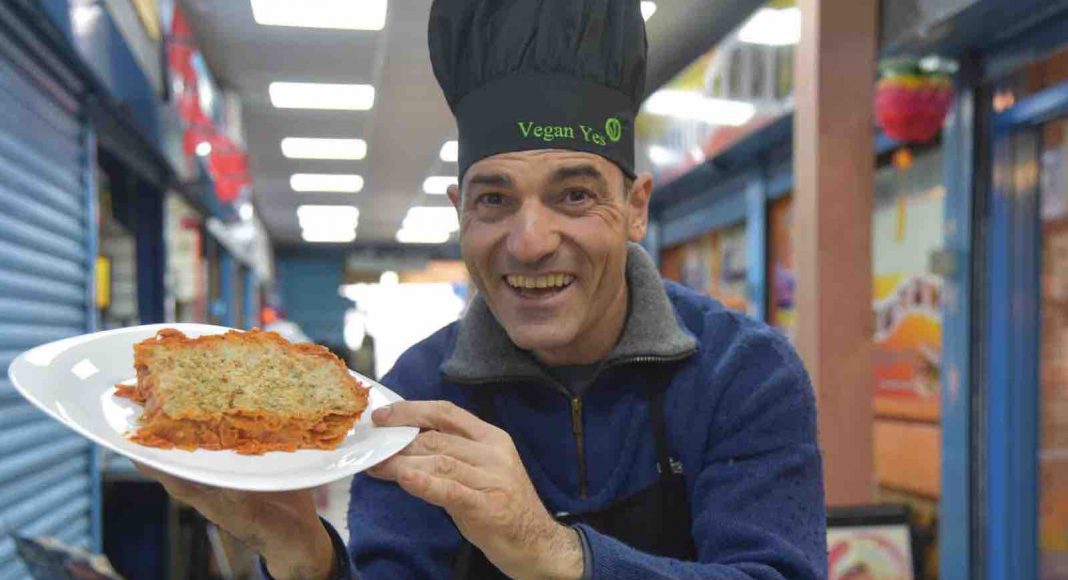 LONDON: Jamie Oliver serves vegan pasta, celebrities eats vegan, seaweed is in and every year looks like The Year of Vegan. Vegan is the new food trend as some people avoid meat of animals. But there is only one place you are served the fusion between vegan food from Italy and Korea. At the tiny food stall “Vegan Yes” at Nags Head, Holloway, North London.

“If this is a new trend, we started serving vegan pasta and vegan food ten years ago” Mauro De Luca explains. The Italian from Florence and his wife Min Chung Jeoung from South Korean met 30 years ago and she learned how to make Italian food. Now it´s all about the crazy fusion between two cultures.

This is a fermented Korean side dish made of vegetables with a variety of seasonings. Traditionally kimchi was stored underground in jars to keep cool and unfrozen during the winter months. There are hundreds of varieties of kimchi made with cabbage, radish, scallion, garlic, ginger or cucumber as main ingredients.

“I do it with old recipes from Italy and make an old product with a fresh and healthy look. Lasagne with kimchi is a perfect match”, Mauro says.

When Min Chung Jeoung grew up in Korea, her mother made snacks of baked sweet potato. To this tradition Mauro added olive oil, soya sauce, steamed rice, seaweed and a dish called healthy potato was a reality.
“Jacked potato is might tasty, but this one is far healthier and a bomb of energy”´, Mauro says.

Toppognocchi out of the blue

In Korea there is a dish called Toppoki made of cooked rice and a spicy sauce. Italians have Gnocchi made of potato. Mauro and Min Chung made their own variation by mixing Toppoki and Gnocchi added spicy sauce, extra virgin olive oil and sesame seed – and out of the blue ToppoGnocchi and vegan pasta was born in North London.

This palace remains much as it was in the time of the first Duke of Wellington, and with its collection of art intact.
Read more
Adventure