More
Home Adventure You are the Dancing Cranes - in ABBA land 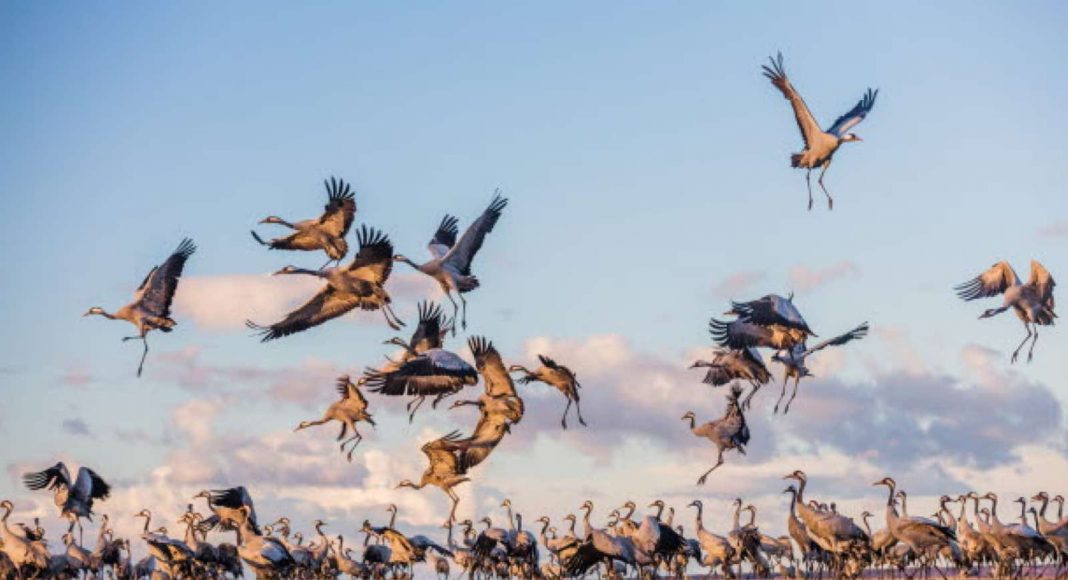 You are the Dancing Cranes – in ABBA land

Cranes Concert in March – Imagine when 26,000 start singing and dancing

LAKE HORNBORGA, WEST SWEDEN: Gazing animals, stone walls, cattle and small farms dotted nearby the shallow lake and wetland reminds about the typical landscape near towns and small cities, quite different from the West Coast of Sweden. But no less interesting if you like to spend an active holiday at the countryside. If you bring your dog, keep it on a leash because this part of Västra Götaland County is full of animals and birds and dancing cranes.

Lake Hornborga is the bird lake located in the middle of a natural and cultural landscape and the lake that once disappeared. It was drained five times between 1800 and 1930, the last effort to drain was so successful that the lake nearly vanished. Finally, in 1988 the Parliament decided to restore it to a living bird lake, trees and bushes were removed and finally the water level rose by nearly a metre. Today Hornborga Lake is one of the most important bird lakes in Europe. 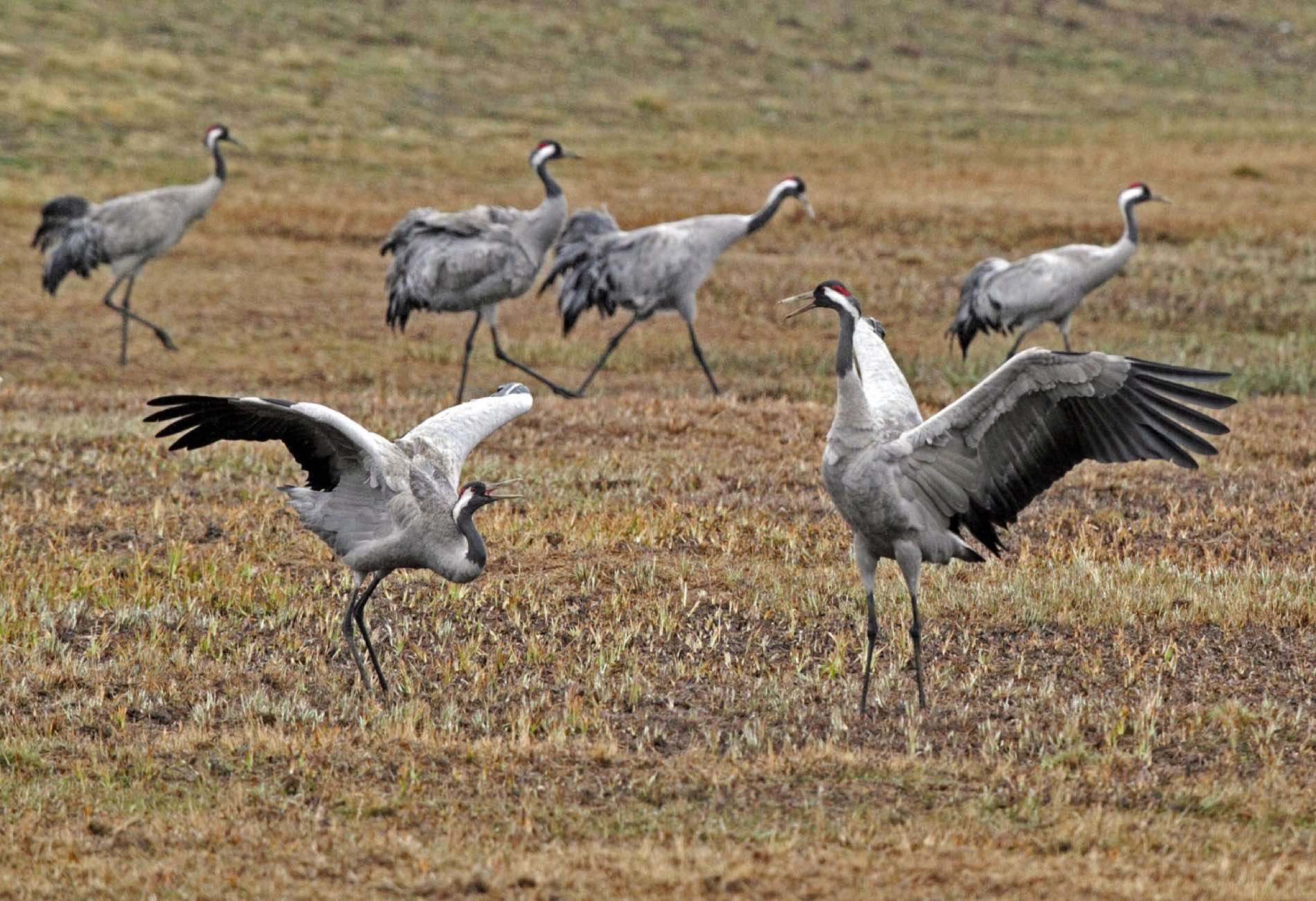 Long before ABBA released the song “Dancing Queen” in 1976, Lake Hornborga was a hit among birds and southern part is the main site for watching cranes dancing – when birds lunge into the air, bow and circle around each other in their dances. Imagine when 26,000 Cranes start singing and dancing, it´s a sound overwhelming any song by ABBA.

The first flocks of cranes arrive here in the middle of March and can be seen until end of April, when they depart further north to their breeding grounds. Try to be there at the beginning of April, the peak of the crane season.

There are many other attractions in the area around Hornborga Lake. On the rolling countryside you find Ekornavallen – this historic grave field with remains from the Stone Age, Bronze Age and Iron Age. This place has been used as a burial ground for more than 4000 years. A Guide will tell interesting history about the passage graves. If you’re looking for exciting nature experiences, there is more to West Sweden than dancing cranes.

If you are wild about watching even more birds, millions are heading for the Swedish island of Öland

It was quite surprising to see the almost 1000 years old   Varnhems Church and ruins. The church is well preserved and it is a special feeling to stroll under the Romanesque-Gothic arches, where the monks´ songs and prayers once encouraged reflection. A fascinating history tells us that this was a major spiritual, political and cultural centre, in fact the start of Sweden. The abbey was the last resting place of four Swedish medieval kings and the founder of Stockholm, Birger Jarl.

This is a rich agricultural area where local food takes its rightful place. Make a visit to Löfwings Ateljè & Krog in village Broddetorp and enjoy a good marriage of home-made food and paintings, the art made by Goran Lofwing. After all, Sweden is not just about ABBA and dancing Cranes, this is the land of Fika – a Swedish art of having coffee and cake and the Swedish way of life.