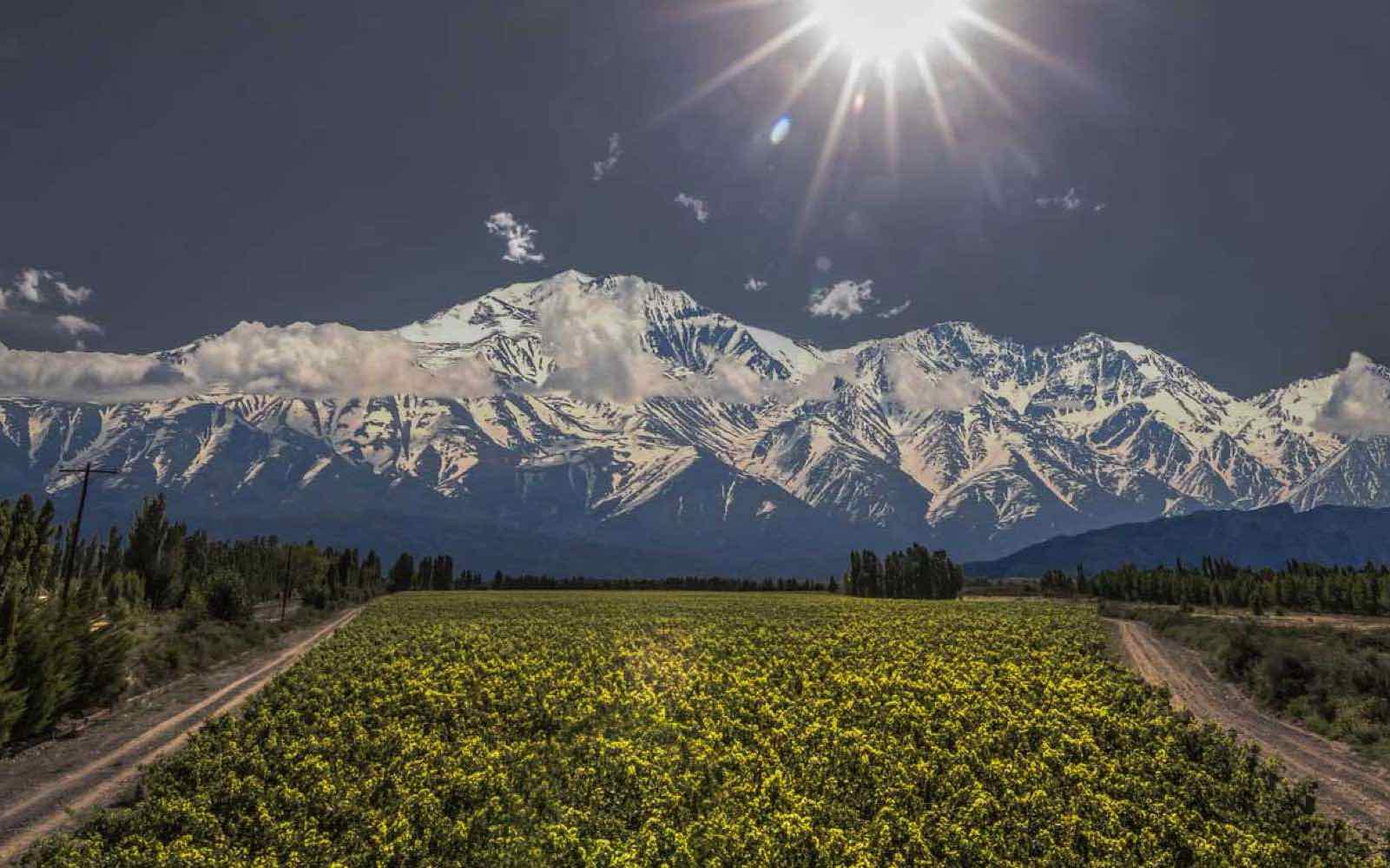 A Taste of all Wine Regions

ARGENTINA AND WINE: Until a few years ago, Malbec was the only name of an Argentine wine on my mind. Not to forget, April 17 as the World Malbec Day was totally unknown. Yes, wine from Mendoza has its day on the calendar. If you have other plans for that day, don´t cry for Argentina. This is a country with plenty of reasons to visit, to learn more about wine in general, and to celebrate with a bottle of Malbec red.

So, what´s so great about Malbec and why do people care so much? This red wine grape has gone by many names. The earliest we are aware of comes from mid 18th century France. At the same time, “Malbeck” was another name in the Bordeaux region.

Malbec from the Andes

In 1868 Malbec was introduced to Argentina from France at the request of Domingo Sarmiento, Argentina´s seventh president. When producers began focusing on creating premium vine, Malbec emerged as the top contender. Today, Argentina produces more Malbec than any other country with 50,000 acres planted. France is at second with just over 15,000 acres.

With the show-capped Andes mountains as a stunning backdrop, Argentinian vineyards have an enviable location. The summers are sunny, allowing the grapes to grow fully, and melding winter snow provides water to the vines.

As you understand, Argentinian vine culture has seen significant European influence, also when it comes to investment. The vines feature familiar international grape varieties, and sunlight ensures richness and ripe fruit characters that are attractive.
Alongside celebrated Malbec, Argentina is the spiritual home of the aromatic white Torrontès grape. Of Spanish origin, this has elegant floral notes with candied fruit. The climate also suits Chardonnay.

Salta and The North

Argentina is divided into three main areas: The North, Cuyo, and Patagonia & Atlantic Region. Salta in far north where climate is dry, with very high temperatures and the soils generally sandy. Here are some of the world´s most extreme vineyards sites, some reaching heights of just over 3,000 meters (9840ft) above sea level. The Torrontés is the symbol par excellence of the region, although Malbec is the most cultivated variety. The North also includes wine from Jujuy, Tucuman and Catamarca.

At the foot of the Andes mountains, Cuyo area is located in the center west of Argentina. Cuyo means “desert country” in the old native language, and includes the provinces of La Rioja, San Juan and Mendoza.

Mendoza is by far the largest wine region in Argentina, at the edge of the Andes Mountains. The province is responsible for roughly 70 percent of the annual wine production, mostly red wine of great concentration.

A large territory flanked by low mountains and woody areas that extends to the Atlantic coast. It is a desert-like region with cool and dry climate and strong winds, suitable for Pinot Noir and Chardonnay. Wines from Patagonia have great elegance and character. The region is divided into 5 sub-regions with the most famous Rio Negro and Neuquen and the rest La Pampa, Chubut and Buenos Aires.

Among thousands of wine-makers, we like to make space for Susana Balbo. She was Argentina’s first female oenologist. Susana is perhaps best known as the “Queen of Torrontés” for her contributions in developing Argentina’s indigenous white grape variety. Susana founded Susana Balbo Wines in Luján de Cuyo, Mendoza in 1999. Pay this winery a visit for guided tour, excellent food and wine, Asado Argentino in the weekends, and grand view of the Cordón del Plata mountains.

“Luck plays a part, but luck is nothing if you don´t know what you´re looking for”. Told by Nicolas Catena Zapata, known as the man behind the high-altitude wine revolution. Adrianna Vineyard is located in the new and great area for wine, at almost 5,000 feet elevation. Zapata dared to plant vines where no one thought they would ripen.
Today they study every meter, every rock, every insect and microorganism at the Adrianna, making this the most study vineyard in the world.

This wine country has everything from youthful excitement to age worthy classics. As you travel the country, you will find something you love. And discover the success story of Argentine Malbec, and meet the new generation winemakers. This is a love story between Argentina and wine-lovers around the world – and World Malbec Day a motivation to celebrate. Uncork a bottle and start planning next journey.

Read more: Why two Dutch are Sailing the World for Years

Finally, I found a language with few or no words that suggest something negative. Not any word for No! Not even one. Simply positive talking.
Read more
Adventure