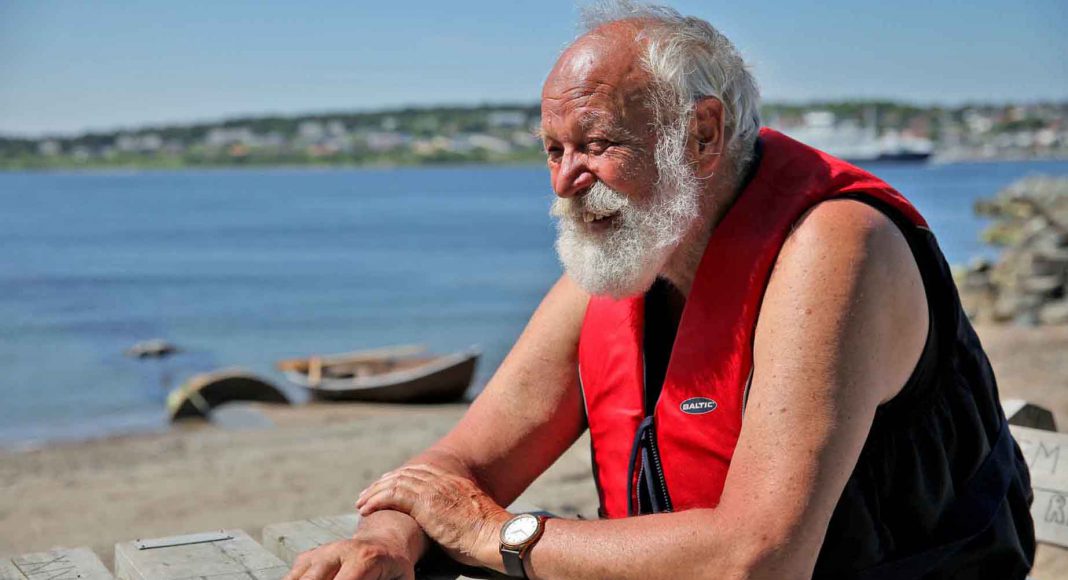 Ulf is the Last Viking: “Be in good shape before start, this is like going for Olympic Gold”

NORWAY-DENMARK: “My great summer adventure, was rowing from Norway to Denmark, 648 km, 350 sea miles or 280,000 strokes in an open Suvi 4.60 in 8 weeks. Most things can be done if you believe in them. After several tests in Finland, among them a Suvi 4.60, I knew I had found the perfect open boat that could take me all the way from Oslo in Norway to Copenhagen in Denmark. A grand total of 62 days at sea mostly near the western coast of Sweden.

The “Crazy Project”, as some meant it to be, started up in Moss, Norway start of July and ended the last day of August in Nyhavn, Copenhagen. After 8 weeks at sea in the small Suvi the boat and the skipper was still fit for fight. Together we proved that such an adventure can be done, if you have the right boat and a strong man to row it. I survived strong winds and up to 5 feet high waves due to the fact of a perfect boat and strong arms to row “Terje Vigen 2″ trough the rough sea.

Safety first for the Last Viking

My Suvi is an unsinkable one with floating gel in 3 camers and a total weight of only 170 pounds. A total weight of 800 pounds including food, clothing and necessary security equipment as storm-lamp, life jacket, GPS, anchor, SOS alarm, cameras and radio, fenders and ropes. Just little room for the skipper when the boat is fully packed.
To protect the bow section and luggage a waterproof shield is a solid protection for big waves, rain and strong winds. From the stern to the centre of the boat a second shield protect from rain and waves coming in from behind.

As I slept about 30 days near the boat on small islands and beaches on my long route, it took around one hour to empty the boat and fill it up again the next morning, after sleeping in a mini tent 2×2 meters. But it kept me dry during the nights. Due to the slim and light boat, I could row in to small paradises on the coast where other boats could not pass. After a late dinner I just felt asleep just like a Robinson Crusoe.

Southerly winds were blowing most of July and August along the western coats of Sweden. The skipper really had to fight for every nautical mile to reach the next harbour. Happily enough the Suvi and I could reach into the small harbor Skallkroken just before the boat was half filled up with seawater in an unexpected storm. The little, but solid Suvi was dancing over the rough high waves when I used my last reserves of power to reach the harbour behind the big black rocks. 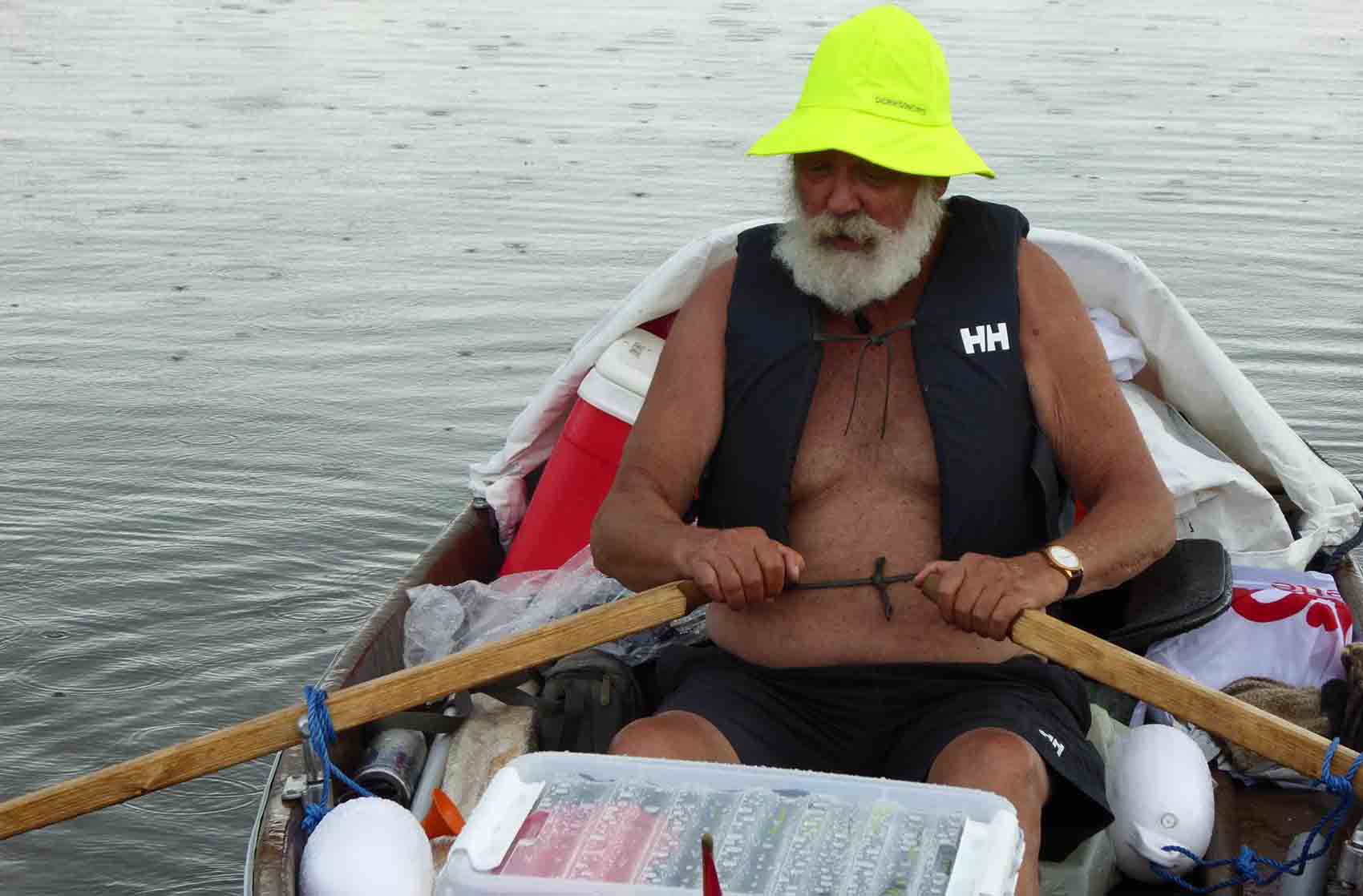 In August I spent 13 days in Mølle Haboar due to strong winds, not even the local fisherman Anders could leave the harbor. Apart from strong winds we had the most beautiful and warm summer with a lot of sunshine and often 30 degrees C. During the trip we saw more then 100 seals on small islands along the coastline.

And at least 2000 sail and motor yachts in the charming harbors in Norway, Sweden and Denmark. Most of the people onboard saluted little “Terje Vigen 2″ when they met us at sea or in harbors. They wished us a happy journey, offered cold beer food and even free housing in many harbors. And they would not charge me because the small Suvi did not take much space. Often I rowed the boat up on a sandy beach and left it near to the tent.

The interest for this special row-trip was really surprising. Around 50 TV, radio and newspaper interviews from the start in Norway to the end in Denmark. Thanks to good logistics and hard training my hands and arms and back was 100 percent during the whole trip. I lost 50 pounds of fat and gained 38 pounds of muscles in 60 days. The food was mostly fish, fresh fruit, vegetables and porridge made from grain. Plus 250 litre of fresh water.

To navigate an open rowboat is a real problem, because you are sitting in the wrong direction in the boat. Every 30 minute I had to check my Garmin GPS to be sure of my course, and chance it if necessary. I had to make some changes, but not very often. I know for sure that the Suvi was the right boat for my adventure. The small size and the lightweight made it possible to handle the boat with full control, even in high waves.

So, go for it if you want to get a better health and meet new people enjoying the maritime life. But you need to be in good shape before start, this is like going for an Olympic Gold. Training and security is a number one issue if you make your own adventure at sea. Said the Last Viking.

Read another story from Denmark: My search for Danish Hygge