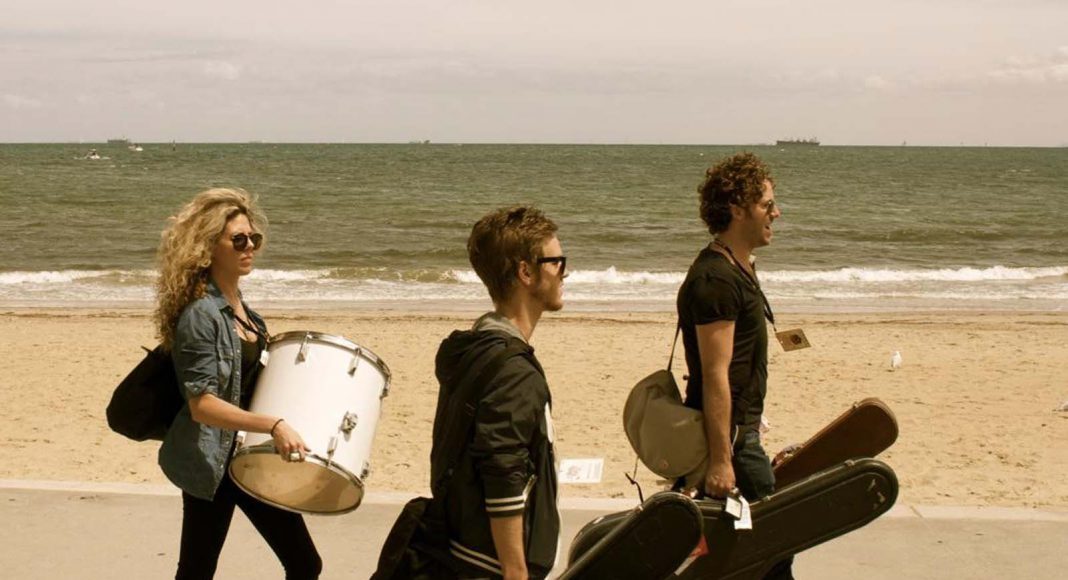 Belle Roscoe – Way to fame where music take us

Back to Australia once a year to perform at festivals and concerts, and to meet family

LONDON: Led by siblings Matty and Julia Gurry, Belle Roscoe is an independent and international band, hailing from Melbourne, Australia. With their new wave indie pop/rock sound, Belle Roscoe has been building a solid underground fan base in Europe and Australia for the past three years and is now creating a very cool, underground buzz in the UK.

After being the first ever Australian band to close the Cannes Film Festival, Belle Roscoe spent four years in Paris writing, defining their sound and collaborating with European musicians to marry refreshingly cool, epic indie melodies with contemporary production.

UK Hit. The UK release of Belle Roscoe’s single “Gun to my Head” is currently hitting the UK airwaves and will be soon followed by an EP. Matty and Jules grew up between urban Melbourne and beach side Port Fairy in Victoria, Australia. Matty and Julia were ‘forced’ to learn piano at a young age and were regularly asked to perform songs for their parent’s friends and guests growing up. Matty’s father started to teach him guitar at around 12 years old and Matty then taught Julia some years later.

Travelled to many countries

Their main musical education came from extended family occasions. No matter the occasion, Christmas, birthdays, weddings, funerals and harking back to their Irish ancestry. The guitars, harmonicas and even spoons would come out for a big family sing-along. Matty and Julia grew up singing traditional Australian folk songs, Irish ballads and country hits.

Both Matty and Julia have spent the past few years travelling back and forth to Europe and the UK. Like most Australians they enjoyed a gap year post school and backpacked to as many countries as possible including France, Italy, Holland, Norway, Greece, Switzerland, Spain, Germany, UK, Ireland, Scotland, Turkey, Asia, Indonesia to list a few.

Whilst backpacking in France in 2005, the siblings started to sing to make some money to continue traveling and performed their first paid gig in Paris. From that experience they returned to finish their business (Julia) and graphic (Matty) degrees in order to comfort their parents before announcing their desire to become professional musicians. Belle Roscoe has played sold out shows in Paris, London, Melbourne and Bucharest.

Both Matt and Julia write and compose songs for Belle Roscoe. Travelling and touring the world has been a major influence and inspiration for their compositions. The many countries they have explored tend to present experiences that undoubtedly make there way into their lyrics and sound. Their songs tend to draw on their personal and worldly experiences such as their love/hate relationship with Paris, travel experiences and obstacles, transient love affairs, sustaining relationships when on the road and the challenges of working in the music industry today.

Matty and Julia head back to Australia once a year to perform festivals and concerts along the East Coast such as The Caloundra Music Festival, Port Fairy Folk Festival, St Kilda Festival and The Australian Open; and to ensure family time with Julia’s identical twin sister and their parents. They have friends scattered all over the world and thrive on keeping connected to them thanks to emails and social media platforms like Whatsapp, Skype, Facebook and Viber! However, nothing beats having a beer with family and friends on the terrace of their family beach house in Port Fairy, their favorite place to be in the world.

Their plan is to play UK and European festivals and to enjoy radio play worldwide. The band is set to play shows in Australia early 2016 and will return to London in late January to play more shows before touring the North and South of America in early 2016. Belle Roscoe will return to the UK in May to play festivals throughout Europe and the UK.

Matty and Julia are keen to travel where their music takes them. If that means Norway, Nashville or to the heart of Africa they will enjoy that ride and hopefully see you there!