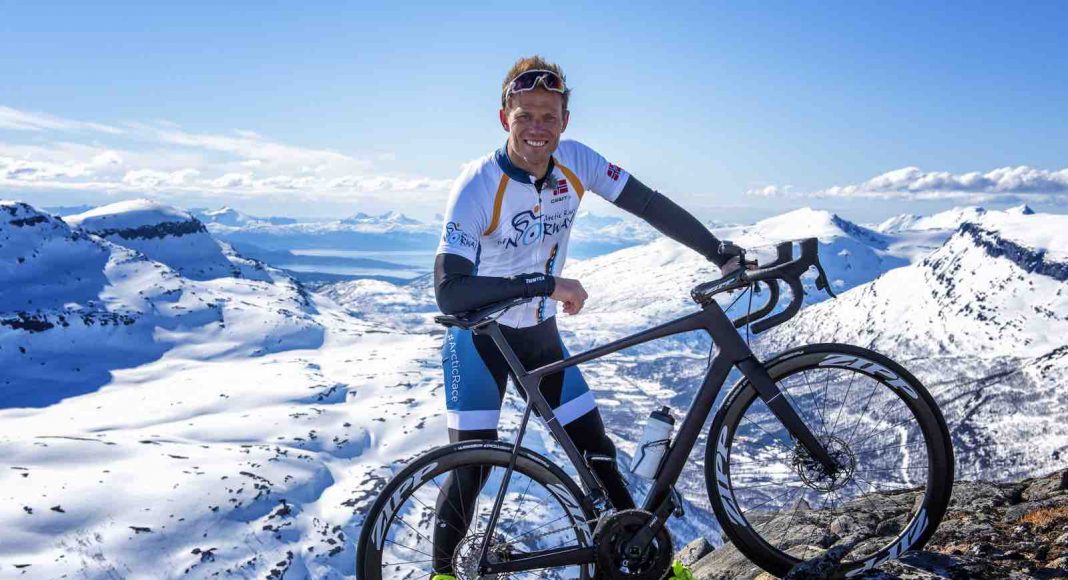 “Lofoten is a great, but actually gets better from seat of a bike”

NORWAY: In the Northern Norway they provide bicycle tours designed for people wanting to bike on their own, without a guide. You will be given information about the landscape, road conditions and overnight accommodation. It is packed and ready to go.

An increasing number of tourists want to experience Northern Norway from the bicycle seat. Sales of bicycle packages have grown considerably in this part of the country. Destination Helgeland, one of the most visited regions in Northern Norway, reports a rise in rental.

Also in well-known destinations such as Lofoten, Senja and Tromsø reports confirm that bicycle rental for tourists has become increasingly popular.
“People want to combine cycling holidays with hiking in the mountains, kayaking and other outdoor activities”, says Lena Nøstdahl.

Bike holiday tips. Thor Hushovd, ambassador to the Arctic Race of Norway and former world champion. He mentions three bicycle destinations as his favourites.
Lofoten. “As everyone knows, Lofoten is a great destination in the first place, but it actually gets better from seat of a bike. You get closer to nature, mountains and fishing villages, and really get to feel the fresh arctic air”, says Hushovd.

The fjord of Lyngen

Lyngen. “Lyngen is very spectacular, and one of the best mountain biking areas in Norway. In Skibotn there are many good trails where you can challenge yourself on the mountain bike. There are bicycle paths in the Lyngen fjord that rise up to 1,000 meters above sea level, and the view on the top is unbeatable”, says the former World Champion.

Island hopping. “The Helgeland coast is well suited for families, and island exploring is well suited for cycling tourists. Here you can go on day trips on the islands or ride a longer round-trip. The Nesna islands have beautiful scenery and good hiking opportunities, or you can ride along famous landmarks such as the Seven Sisters mountain range”, Hushovd says.

It is fair to say Boston is the most European city in the US. And it looks like every road leads to this old and young city.
Read more
England

Romantic places are spread all over London. Here are our exclusive guide to the perfect date for you and your love one.
Read more
England

The gravestone is like a book. A cemetery is like an open-air library with fascinating history. London has many huge burial grounds.
Read more

Palace of Westminster – The Mother of Parliaments

What we see today is just over 150 years old. But parts of the Parliament are much older, going back to times when kings and queens lived here.
Read more

It is fair to say Boston is the most European city in the US. And it looks like every road leads to this old and young city.
Read more

Romantic places are spread all over London. Here are our exclusive guide to the perfect date for you and your love one.
Read more