More
Home Art Here Pablo grew up - Picasso is still living with us!

Here Pablo grew up – Picasso is still living with us!

Meet Art-guide Reimundo. He works in Malaga’s old town with the highest concentration of museums

MALAGA, SPAIN: “Picasso is still here, I feel he is still living with us”, art-guide Reimundo Mairate said. Still tourists visiting Costa del Sol don´t realize that Malaga is a city of many museums. This is a city to admire art, learn and to be entertained by the art scene. With Reimundo as guide it seems like many of the great masters still are alive. At least compelling and vivid on the walls of Malaga’s many museums.

Picasso and Carmen Thyssen are just two of 28 museums, most of them concentrated in the historic quarter, making Malaga’s old town one of those with the highest concentration of museums.

Reimindo’s guide to art and culture:

Picasso Museum of Malaga, Calle San Agustin 8. Closed on Mondays.
Pablo Picasso was born in Malaga. He studied art in Madrid, and then moved on to Barcelona and Paris. There are a total of 233 pieces of art in the museum, many of them are ceramics. Picasso grew up in Plaza de la Merced, where his home is the Picasso Casa Natal Museum.

Museo Carmen Thyssen, Calle Compania 10, Palacio de Villalon.
This museum opened in 2011 and has a permanent collection of 230 paintings belonging to the Baronesa Carmen Thyssen, also known in Spain as Carmen Cervera. Most of these Spanish paintings could be described as Romantic art.

However, with Reimundo Mairate as the guide he always suggests to start with a visit to The Park La Conception, one of the biggest historical and tropical gardens in Europe. The park was created in 1855 and opened to the public in 1994.

Top of Gibralfaro has the view

After enjoyed the flora and the shade we headed on to the top of Gibralfaro witch has best view over Malaga. Then we walked down the hill to Plaza de la Merced where Picasso played when he was a child.

“Nothing about Picasso could be possible if he wasn’t born in the house by the square. Now he is seated on a bench waiting for us”. Reimundo said so before he took us to the Church of Santiago, built on top of a former mosque. Here Pablo was baptized with 11 names, and today it’s a temple of art. Even if the Cathedral was built over three centuries it’s still unfinished. 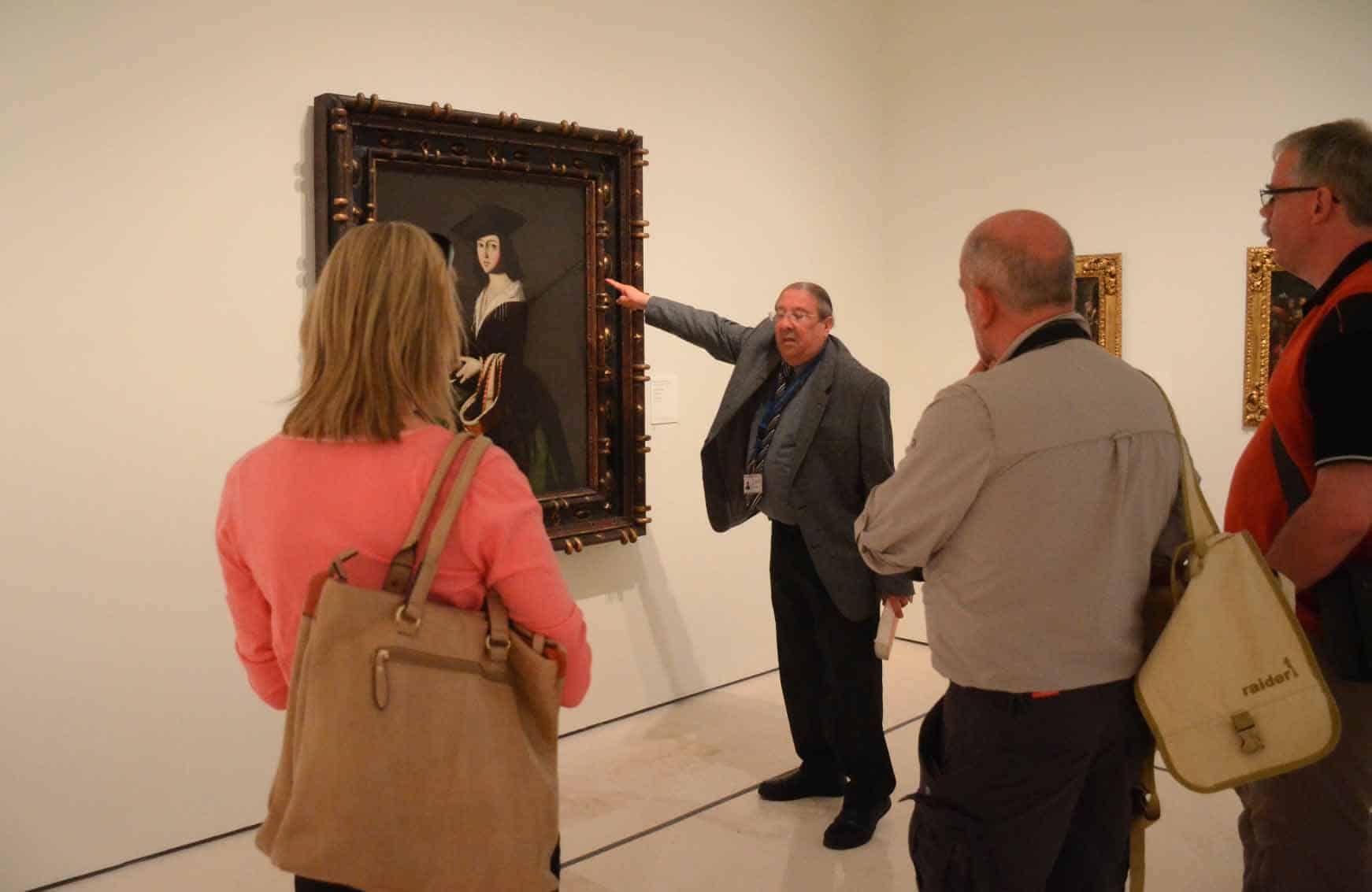 Past and the future

Carmen Thyssen is another great building built in the 19th Century – full of landscapes, flamenco, dancing, traditions and zurbarab somewhere around. Next generation of Spanish art is right around the corner, the Fine Art Museum showing a lot of paintings and arqueology.

“It’s not anymore a dream. The new museum gives you the chance to return to this paradise of art. Malaga is a city suitable for walking and it is a city for the future”, Reimundo Mairate says.

More history and museums in Malaga