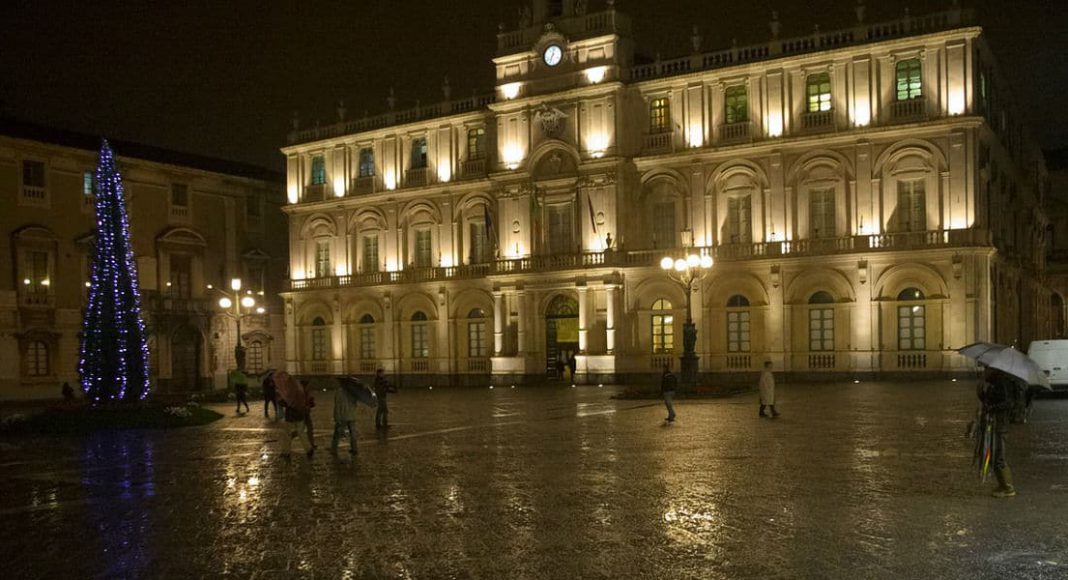 Can you believe it – Christmas gifts in January!

FLORENCE: “Sccchhhhh, non svegliare la ragazza!” I heard my house mamma whisper to her grandchildren outside my door. For some particular reason, I couldn’t be woken up. It was the morning of December 8th, the celebration of the Immaculate Conception. Something was stirring outside the door of my Florentine bedroom. It´s Italian Christmas traditions.

When I dressed for school that morning, I saw some unfamiliar lights pierce the tiny space between the door and wall. There were sounds of running water. Couldn’t be, I told myself, zipping up my coat before heading for the kitchen and my morning cappuccino. What met me on the way was a sight I’ll never forget.

In the middle of the living room, my host parents Tatiana and Flavio had spent what could only have been every waking moment of the night putting up the traditional presepio. The crèche, about two meters long and one wide, depicted the entirety of a small Italian village. It was equipped with a running stream (yes) and dozens of small houses with tiny families inside. Glowing against the backdrop of a dark room, it was nothing less than breath-taking. I was late for school that day.

For many Italians, December 8th marked the true beginning of Christmas festivities. In many families, such as mine. It’s the night when you put up your Christmas crèche, a much-welcomed sight in the homes of catholic Italy.

In a country with diversity of culture and tradition, it goes without saying that no city celebrates the holidays just like the next. Still, a few key dates are important to know.

Commonly celebrated in Sicily as well as in the Northeast, this day of festivities is one of many dedicated to the family’s youngest. St Lucia is said to bring gifts for good children and coal for those who have been bad, during the night between December 12th and 13th . Some children are also advised to leave out coffee for St Lucia and carrots for her donkey.

More of Italian Christmas traditions. This day centres around the very important and family-related Christmas lunch. This can often go on for hours, after which some families choose to hand out gifts. However, many families save this part of holiday tradition for January 6th.

Another female saint synonymous with Italian Christmas the mysterious and legendary La Befana. The legend describes her as a kind witch who was stopped by the three wise men looking for the way to Bethlehem. After refusing to come with them, she saw a great light in the skies and realised Christ had been born. Ever since, the legend says, she has been wandering trying to find the child she is looking for, leaving gifts for children along the way. For this very reason, Italian children wake up to find well-stuffed stockings by their beds on the morning of January 6th.

More from Italy: The Myth of Tiramisu