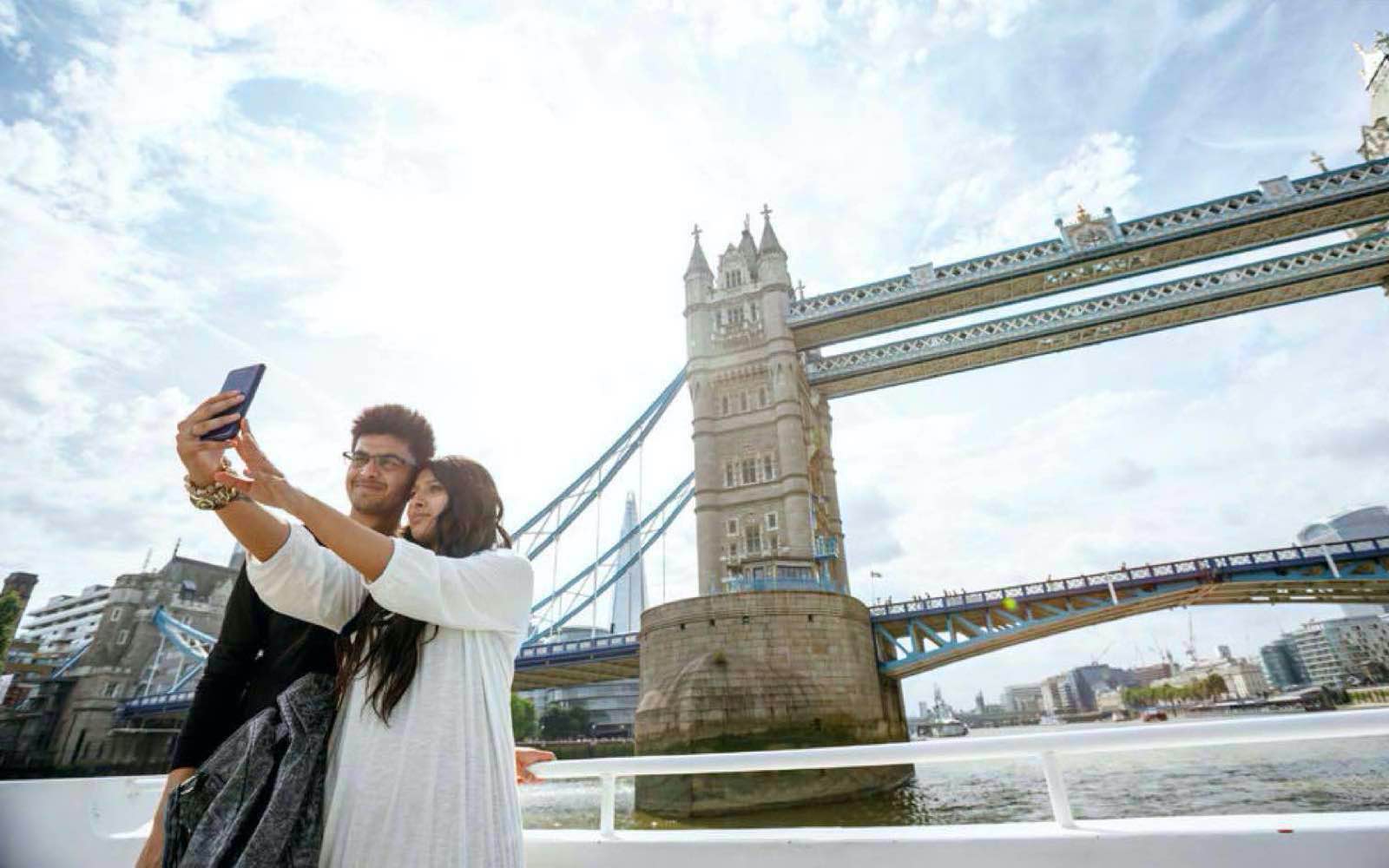 Keep on Rockin and Walking London

Rocking the city. Some are rockin’ most days. From Tuesday through Sunday the guides are headin’ to their haunts and hangouts, to where they riffed and let rip. Different Beatles walks. A Rock ‘n Roll London walk. And a Rock ‘n’ Roll London Pub Walk. There is rock and there is walking. And Rockin and walking in London.

In terms of rock’n’roll this is an inarguable fact: All roads lead to London! The cast list of this London Walk reads as a who´s who of the music: The Beatles, The Rolling Stones, The Who, Pink Floyd, Jimi Hendrix, David Bowie, The Sex Pistols, The Clash, Blur and Oasis. Each act has a London tale to tell, often a tale so decadent that Caligula himself would blush. Lend an ear, London Calling.
When: Every Friday at 2pm
Meeting Point: Exit 1, Tottenham Court Road Underground Station. Costs: 10 pounds. Children under 15 free. Just turn up at the meeting point. Organised by London Rock Walks

The Beatles All my Life

Life and Lyrics. “There are places I’ll remember, All my life, though some have changed
Some forever, not for better”
This is from The Beatles song titles – one of their most evocative songs. Many of those places are in London. So, let´s get back with guide Richard to the film location for A Hard Day´s Night and Help. Then to the registry office where two of the Fabs got married. And see the house where Paul lived with his glamorous girlfriend, actress Jane Asher – where John and Paul wrote I want to hold your hand. Those were the days.
The Beatles Walk takes place every Tuesday and Saturday, organised by Walks
Meeting point: outside the main archway entrance of Marylebone Railway Station.

If you’re beguiled by Bowie, hypnotized by Hendrix or fully bowled over by The Beatles, this tour of the musical epicentre that is London’s Soho. It takes you back to the swinging 60s and inspiring 70s. To the place considered by many to be the home of British Rock & Roll.Together with your guide you’ll talk top music trivia as you make way through the energetic borough of Soho, in the rich history of its pop culture past. This tour takes you to some of the favourite haunts of British rock icons such as The Beatles and Queen, visiting the pubs, clubs and studios that acted as a backdrop to an era that changed the course of music history forever.
Times: Sunday, Monday, Wednesday & Friday at 1:30pm
Duration: 90 minutes
Tickets: Purchase ticket online ahead of time, Walk On Walk Off
Meeting point: Outside of ‘Fortnum & Mason’, 118 Piccadilly (nearest underground station: Piccadilly Circus)

Camden Town really is the natural choice of location for the Walk of Fame, given its rich musical history. The Walk get started next to the tube station on Northern Line. It will certainly celebrate the borough’s musical heritage, but it will also honour national and international icons, unsung heroes and artists of the year, who will be chosen by industry experts. The Who was the first heroes to be celebrated at The Walk of Fame.
Travel: London Camden Town, Northern Line.

Best pubs in London. Music and Old pubs that are, as every English pub should be, comfort and a delight. And all the more special for being hidden away down this or that dark alley, like precious gems in rumpled velvet. Here, like no other place in town, we have 2,000 years of London and its inns in the palm of our hand. The echoes are of Roman tabernas and Shakespearean ale-houses and Dickensian coaching inns – of feasting and wine and song, of the souls of poets dead and gone.
Meeting point: Temple underground station, London
Just Facts: No booking, no pre-payment. Meet your guide just outside the exit of the designated Underground Station (Tube Stop) at the time stated. The guides hold up copies of the distinctive white London Walks leaflet.
A London Walk costs £10. Or £8 for Super Adults (over 65s), students and people with the London Walks Loyalty Card. Kids under 15 accompanied by their parent(s) go free.
A London Walk takes about two hours. They end at or near a Tube Stop.

The Beatles walk London. Come on this “magical mystery tour” of Beatles sites in London. To see some of the famous landmarks which helped the group’s career in the capital.  But also explore some fascinating London districts from Mayfair to Marylebone. Discover where John met Yoko, George met Patti and Paul met Linda. To see Ringo’s London flat and hear about his troublesome tenants. There’s an option to extend this tour with a short tube ride to St John’s Wood to view the legendary crossing outside Abbey Road studios and Paul McCartney’s London town house.

A Star with the Stars

Beatles tour London. Richard Porter has been a flag waver for the Beatles London. His passion and knowledge of the group are apparent from the moment you meet him. Richard opens up each building’s Beatles connection and history with vivid detail and anecdotal information. Without doubt, he is the authority concerning the group’s movements within the capital during the 1960s.

“When it comes to possessing a thorough knowledge of the movements of the Beatles, there are few who can surpass Richard Porter. Richard’s lead is the one to heed. His personal knowledge adds an element of credibility that is unavailable elsewhere”, wrote USA Today.

Rock star. With The Original Tour you walk in the footstep´s of some legendary Rock`n`Roll heroes. This 90 minute walking tour take you on a stroll through the winding streets of Soho and Covent Garden the very heart of the capital´s rocking heritage. From The Beatles on a roof top and The Rolling Stones recording their first album to David Bowie´s studio, The Sex Pistol´s first gig and more. It´s only Rock `n`Roll and I like it!
Depart daily 1pm from The Original London Visitor Centre.
More information at London Pass

Sex, Drugs and Rock and Roll

“Brilliant, just brilliant! This tour brought my entire music collection to life! I’ll be back to do it again as I simply couldn’t take it all in over just the one day!”
Pete from Seattle said so after a journey with “Sex & Drugs & Rock & Roll; The Early Years!” organized by London Rock Tours.

Queen; “We will Rock You”

Queen the musical. Fifty years on, Queen is discovered by yet another generation who have seen the Oscar-winning, “Bohemian Rhapsody” starring Rami Malek. Their popularity with original fans is undiminished. I think Queen still rule!
Queen was a London band. Formed here, recorded their music here, played their important gigs here, lived, partied and in Freddie’s case, died here. This tour focuses on landmark sites and locations in the band’s history. It’s a real life journey through the ‘Bohemian Rhapsody’ film. Of all our tours, this one probably takes you through the prettiest and wealthiest of London’s neighbourhoods. Check it out this afternoon tour on Wednesdays only; London Rock Tour.

Swinging London. There is an annual London 1960s week, with events throughout the city commemorating this near-legendary decade. As part of the tribute, London Rock Tour offer a special tour – having a fun and reliving the Swinging sixties. Contact for more information.

The tour will focus on Sixties cool where aristocracy ran. Everything from British pop culture and fashion through literature and art was cool. Even the food! The glamorous world of the movies was represented by Michael Caine, Diana Dors, Julie Garland, Terrance Stamp, Christopher Lee. Roman Polankski married Sharon Tate at the Chelsea Registry Office, as did Judy Garland her 5th and final husband.

Fashion ruled and The Kinks great song “Dedicated Follower of Fashion” was a brilliant satire on the 60s style-follower who colonised Carnaby Street and the Kings Road. You will stop for a drink at the famed Troubadour Club where Bob Dylan, Paul Simon and Al Stewart began their London experiences. Your guide will bring Chelsea to life.

This simple menu is an absolute feast and globally regarded as one of life’s great delights: The hefty priced Beluga and Sturgeon Caviar!
Read more
Europe