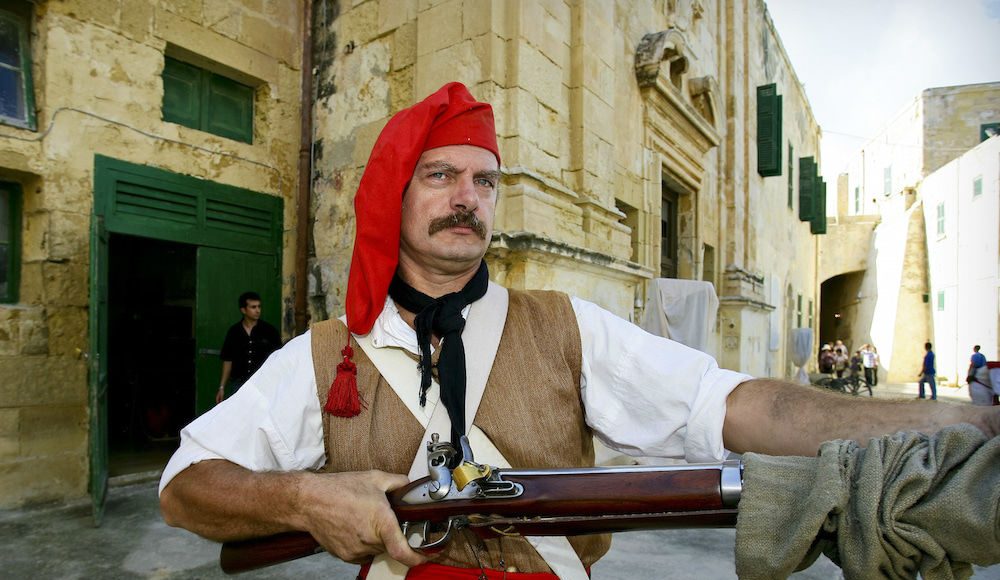 MALTA: Summer is hot, very hot with lots of tourists. The rest of the year, Malta between Sicily and Libya’s coast, is sunny pleasant and leisurely relaxed.
Malta is only 27 kilometres long and 14 kilometres at its widest. So you swipe over the island during the day. But then you have hardly time to greet as many of the 420,000 residents or experience very much of the island’s 6000 years of history. This is a community steeped in history where traditions are kept alive.

Check in.  There is no shortage of spa hotels. I checked in at 5-star Fortina Spa Resort with four pools and spa treatments so large that it would take me a week to test all. Although the hotel has seven dining options and a variety of bars, the downside is that it partially excludes options I revealed outside my hotel.

Discover Valletta. First step was to discover Valletta, Europe’s smallest capital with just 7,000 inhabitants. There are shops, public buildings and business district, but also a reminder that this is a serious culture. The magnificent cathedral built in 1570’s, St   John’s Co-Cathedral, seems simple from the outside. Inside one finds that here hides astounding wealth, perhaps necessary for an island that has so often been under attack. Flooring decorated in marble and 18 paintings in the ceilings are an impressive play of colour. The painting “The Beheading” by Caravaggio was such a poignant experience that I had a bloody dream the following night.
Nearby, Grand Masters Palace, where parliament is located, with the floor covered with marble. Gilded walls and ceilings and a collection of old weapons and armour. The ending may be a visit to the National Museum, but do not forget to catch the views from the Upper Barrak Gardens.
The most touristy parts of Malta extend along the coast north-west from Valletta, through Sliema and St Julian’s to Bugibba and Mellieha.

At the middle of the island is Mdina, which has more atmosphere than Valletta. Within the medieval walls are narrow streets and baroque squares, and Malta’s most exclusive residential address for 300 inhabitants. You quickly notice why Mdina is called “The Silent City” and why celebrities like Bruce Willis and Robert de Nero keep coming back to stay at one of the 17 suites at the Xara Palace. Sharon Region also stayed at the hotel for a whole week and didn’t leave Mdina during that time.

Several Hollywood films have been shot in Malta, if not just around the temple Ggantija, which is 6000 years old and there stone walls is considered to be the world’s oldest free-standing building. A short boat ride to the neighbouring island of Gozo, which is greener, less populated and completely different. Boat trips to caves in Valletta area and around the island are also popular activities.

Until 1964 Malta was an English colony and still gets an influx of English people here to vacation. The advantage is that everyone speaks English. One may then discuss whether there is any benefit of English pubs and left side driving on an island almost seems as strict Catholic as the Vatican and Malta together have 365 churches that are always open. Meet the locals and you will know that women can have an abortion. Not particularly relevant for a tourist, but belongs rather with that knowledge of the hosts. Maltese experienced in general twice as many bombs in the course of two months during the war as London within a year. One result is the ruins of the opera. The National Opera is still marked on all tourist maps of Valletta, but when you get there you will find just an open space.

Valletta is a typical nine-to-four city and quiet after dark. One of the exceptions is The Pub in Archbishop Street which is full of items by the English actor Oliver Reed, who was here until he died in 1999. Areas of Sliema, St Julians and Peceville areas for bars, restaurants and nightlife – for everyone from teenagers to pensioners. Plough & Ancher in Sliema is a nice bar option with a view to one of the charming marina. Try the local specialty Kinnie, a bittersweet drink without too much alcohol.

Lunch in a fishing village

If you want to have lunch with a mix of locals and tourists, the fishing village Marsaxlokk is an authentic alternative. It is located on the southern tip, seven kilometres from Valletta, where there is also a market that is open every day. Around the harbour are places to dine.

Food has influence of all foreign cultures that have rolled across the island through a long history. But the most obvious impact comes from Italy and especially Sicily, and therefore belong pasta and pizza with the cheapest food. One of the national dishes called Fenek, which is rabbit served fried or cooked in wine and garlic, and is on the menu with typical painted ethical Taholia restaurants in Sliema. Many restaurants have a children’s menu and Piccolo Padre in St Julian’s is such a place. For nightlife Paceville area provides full speed every night in high season.

Everything is basically reasonable, from cab to today’s main course. The best selection of shops are located in Sliema and around the main street of Valletta. The shopping areas are small and it’s the same brands found elsewhere in Europe. Nothing exciting, except colourful hand blown glass as the most original available.

With four spa departments the Fortina Spa Resort is hard to resist the temptations which are in the range of 250 different treatments. This menu is record for hotels in Europe. The spa has affordable rates, 20 euro for acupuncture to 65 euro paid for a full body massage. Maltese know how to treat Europeans – and at what price.

Some restaurants take too much paid in the form of a cover charge that is not advertised on the menu, but just added the bill. There are also restaurants that take extra charge just because you are a tourist. This occurs especially in places that don’t have a written menu with prices. In such places it is just to ask about prices in advance and do not be afraid to walk if this sounds vague. If you want a quiet night, avoid the hotel in party area of Paceville. 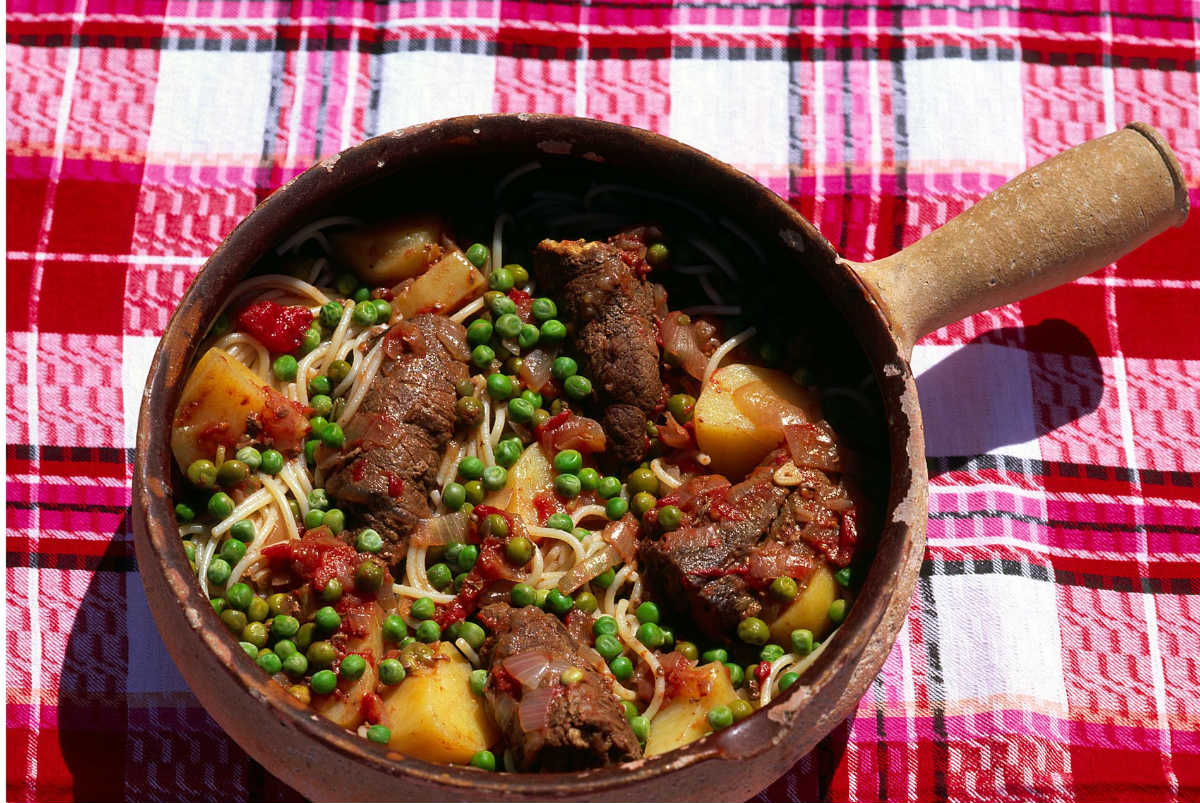 Meat of rabbit is a local speciality

Sharma, 19 Casa Magazzini, former ammunition warehouse in Mdina. A mix of Indian and North African cuisines. Enjoy the view from the terrace, especially at the sunset. www.Sharma.com.mt

Chill Out: Baia Beach Club, Little Armier Bay. Baiabeachclub.com. Beach, blue sea, cold drinks and perfect afternoon. Nestled away in the north of the island.
Tourist office: Located at the end of Merchants   Street, Valletta.
Currency: Euro
Languages: English and local language you can’t understand
People: Maltese are impatient in traffic and can treat each other with jeers, but always friendly to tourists.
Cons by living here: Bad public transportation – live either in Sliema or St. Julian’s if you want to avoid to get a car and the troubles of parking that comes with it.