More
Home Europe My room was incredibly spacious and bright 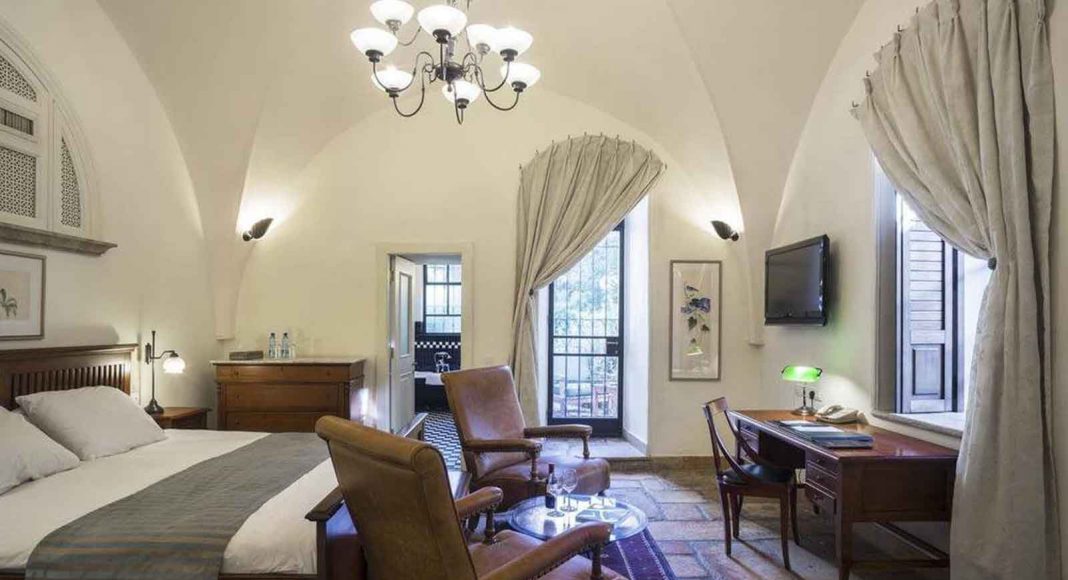 My room was incredibly spacious and bright

Breakfast in the Courtyard not to be missed

JERUSALEM: A trip to the Holy Land is an unforgettable experience. At the heart of the Holy Land is Jerusalem, sacred to Jews, Muslims, and Christians alike. In the midst of this mosaic of cultures is the American Colony Hotel, famous for its century long history of neutrality in this volatile region.

Initially set up by American and Swedish Christians, this colonial style hotel is a home for anyone and everyone to come and seek refuge. Its dust coloured stone walls and leafy gardens provides a tranquil oasis for guests to base themselves, and over the years it has developed into one of Jerusalem’s most famous and luxurious hotels.

Rooms
The American Colony has over 90 rooms including everything from standard singles right up to penthouse suites. Rooms are named with the Ottoman era in mind, on our trip we stay in a ‘Deluxe Pasha’ room. The design of the room was simple with dark wooden furniture and stark white walls. On closer inspection the art decorating the room was in fact framed historical documents, a letter on the rules binding the French Foreign Legion in Egypt being one such example.

In general I found our room to be incredibly spacious and bright, and I loved the balcony overlooking the garden. All the rooms come with complimentary Wi-Fi. The only factor to bear in mind is the design is very much in keeping with the historical theme of the hotel, meaning the rooms are missing some modern luxury amenities such as coffee machines and speakers.

Bathroom
The black and white square tiles of the bathroom are an instant attraction. The bathrooms are clean and modern with stand-alone baths and separate high-powered showered. They come complete with the American Colony’s own brand of luxury toiletries.

Dining
Breakfast in the Courtyard is not to be missed. The American Colony serves up a wonderful spread of Middle Eastern and western cuisine in a beautiful garden setting. I opted for an American style breakfast of waffles and maple syrup followed by fresh fruit and yoghurt. My companion had a Middle Eastern plate including deliciously smooth hummus and tasty pita bread. To finish he had nut based halva, which is incredibly sweet and very popular in the region.

In the summer the garden in the Palm House is open for cocktails and alfresco dining. A more formal option is The Arabesque restaurant in the main house where you can select your wine from the hotel’s private wine cellar.

Location
Location would be the Colony’s only slight downside with the main sights being located 15 minutes by foot or a short tram or taxi.

Facilities
The pool in the American Colony is beautiful and makes for a wonderful spot to relax after a day of sight seeing. The hotel also offers spa services and for more energetic guests there is a gym overlooking the pool.