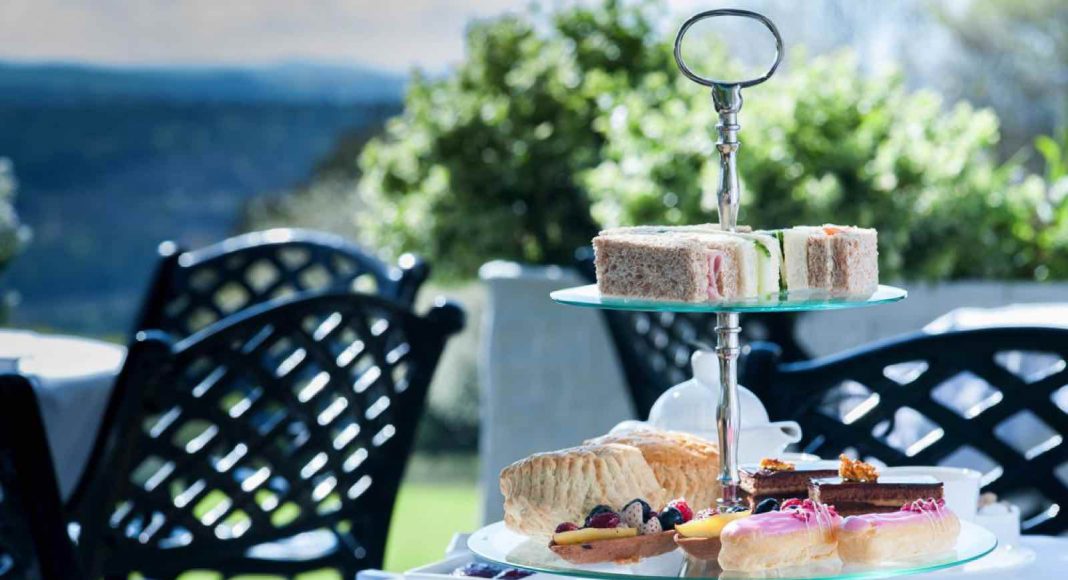 Six of the best restaurants with great views

LONDON: Restaurants offering tasty, innovative dishes can be found all over Britain’s countryside. And on the shores of lakes, overlooking valleys and even on top of mountains. Here are some restaurants with great views.

The highest in England

Scotland. The Ptarmigan – named after a bird that breeds in Scotland’s tallest mountains – is the highest restaurant in Britain, sitting at 1,066 metres (3,500 foot) above sea level. The restaurant is at the top station of Cairngorm’s funicular railway, where carriages are hauled up the mountain using a cable system. It offers great views of the surrounding countryside and lochs – around three hours from Edinburgh by road or rail.

Devon, south-west England. The Horn of Plenty overlooks the Tamar Valley. This is an officially designated Area of Outstanding Natural Beauty around the rivers Tamar, Tavy and Lynher in Devon. Enjoy sweeping views while dining on British food with a hint of French flair. Dishes change daily depending on the availability of seasonal ingredients and local produce, but might include local venison, duck or fish. Among restaurants with great views this one offers a four-star manor house hotel of the same name. The restaurant is 40 minutes by road from Plymouth, or just under an hour from Exeter.

Yorkshire, northern England. The Tan Hill Inn is Britain’s highest pub, standing at 528 metres (1,732 foot) above sea level. Located in the Yorkshire Dales National Park, known for its valleys, waterfalls, and pretty, stone-built villages. The inn is a haven for walkers and cyclists, offering a welcoming fire, exposed beams and stone-flagged floor. The inn is around one hour 45 minutes by car from Leeds, or is ideally situated for those tackling the Pennine Way – a 268-mile long hiking route stretching between Derbyshire and the Scottish borders.

Norfolk, eastern England. The White Horse Inn overlooks the coastline of north Norfolk. The area is an officially designated Area of Outstanding Natural Beauty, offering spectacular sunsets and panoramic views over beaches and tidal marshes. Enjoy it from the inn’s conservatory restaurant, which also has an outside deck area, as you dine on local seafood – you may even see the local fishermen bringing in their catch. The inn also offers 15 bedrooms, and is around an hour’s drive from Norwich.

Restaurants with great views in Wales

Lake Vyrnwy. Lake Vyrnwy is a reservoir just outside Snowdonia National Park in stunning north Wales. Built in the 1880s to supply water to the city of Liverpool, the 355-metre long reservoir boasts an unusual turreted tower, which looks like it should belong to a fairy tale castle. The Lake Vyrnwy Hotel & Spa overlooks the water and has two dining experiences on offer: the Tower Restaurant is more formal, while the Tavern Brasserie is more relaxed and offers classic dishes.

Cumbria, north-west England. Sharrow Bay stands on the shores of Ullswater, the second largest lake in the Lake District. The award-winning restaurant overlooks the water – enjoy dishes containing local and seasonal ingredients. Got a sweet tooth? The restaurant says it invented the sticky toffee pudding – a sponge served as dessert, with every member of staff asked to sign an agreement banning them from ever revealing the secret recipe. Sharrow Bay also offers 17 individually-designed bedrooms, and is a 40-minute drive from Carlisle.

Get more inspiration: There are hundreds of free events across London every year – eight days a week