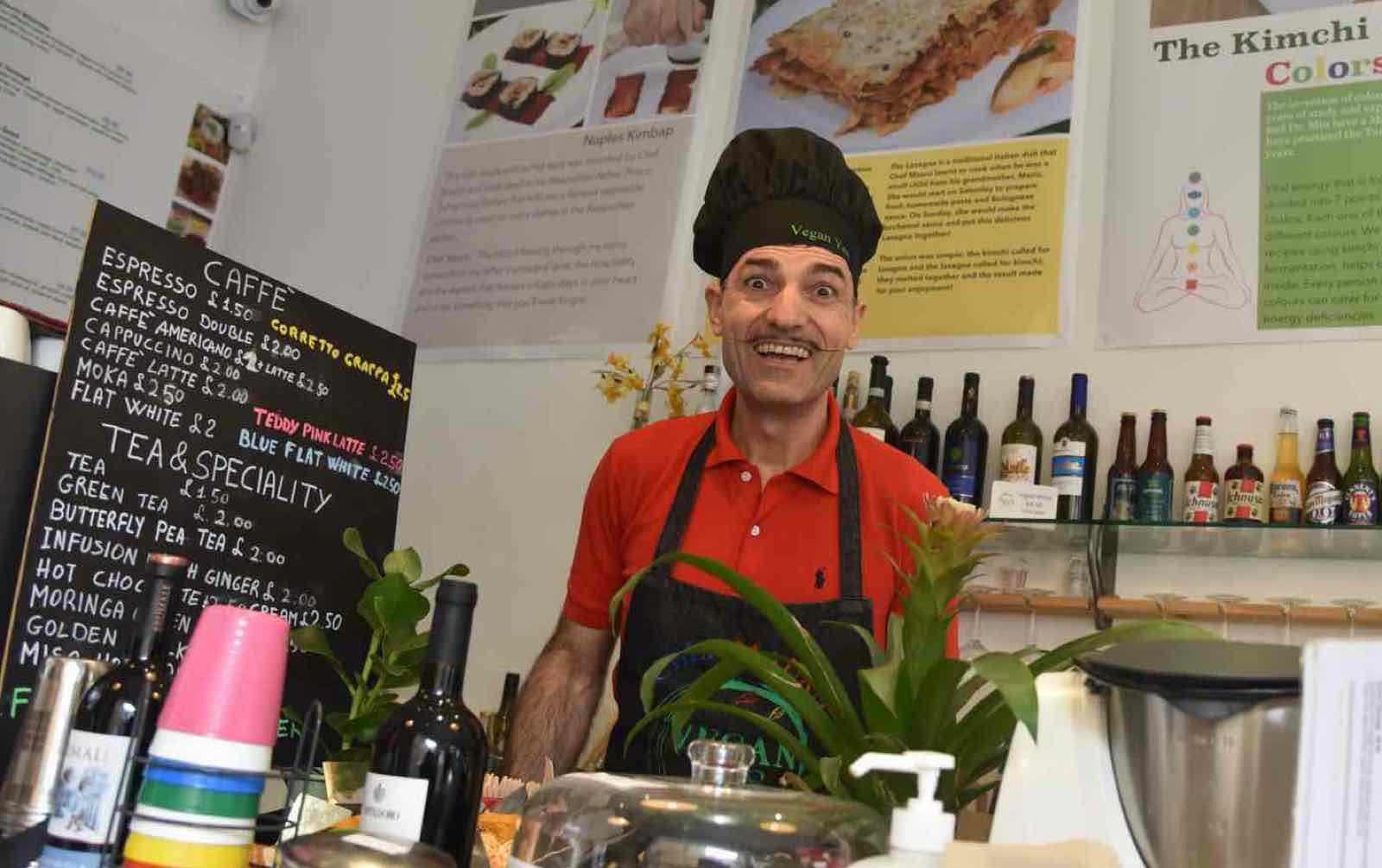 LONDON: There is an ever-growing number of  eateries and vegan restaurants on offer in London – from sophisticated ethical to health-giving cuisine and tempting junk food. London is ranked as one of the most vegan-friendly destinations in Europe.

“Run with the wolves, eat with the lambs” is the mantra of Wulf & Lamb. Its plant-based menu focuses on comfort food. Expect filling dishes, an open burrito with sautéed ackee, green coconut curry and the Wulf Burger. Sweet-toothed can choose from decadent desserts including Eton Mess or dairy-free mango and passionfruit cheesecake.
Address: 243 Pavilion Rd, Chelsea, London SW1X 0BP

Located in leafy north-west London, Manna is one of the capital’s most popular vegan restaurants. With a menu displaying influences as far flung as India, Mexico and Japan, this elegant restaurant prides itself on using sustainable produce throughout the year. Diners can choose from seasonal specials including roasted root vegetable masala or buffalo cauliflower tostada, enjoy protein-rich Sunday roasts or splash out and savour the chef’s special five-course custom menu.
Address: 4 Erskine Rd, Primrose Hill, London NW3 3AJ

The Gate and secret supper

We are Vegan Everything

Lovers of the plant-based lifestyle can relax in the bohemian Bali-inspired space of We Are Vegan Everything (WAVE) in the heart of Hackney. Expect soya ‘freakshakes’, juice shots, superfood lattes and vegan cakes, as well as brownies and croissants. For savoury vegan treats there is a ‘small’ menu, featuring a classic toastie, mushroom sausage roll and vegan salmon and cream cheese.
The founder: “We want people to feel like they’re not missing out on anything.  Prove that vegan food can taste better than non-vegan food, adding healthy twists on as many menu items as possible”.
Address: 11 Dispensary Ln, Hackney Central, London E8

Mix of Italy and Korea

Club Mexicana has been throwing meat-free fiestas since 2013, serving up vegan tacos, burritos and burgers filled with the likes of jackfruit carnitas, beer-battered baja tofish and more. The Mexican street food favourite now has three semi-permanent locations across London – a stall in Shoreditch’s Dinerama, a mini restaurant at Seven Dials Market, and a kitchen residency at The Spread Eagle in Hackney, the city´s first vegan pub. clubmexicana.com

Alexis Gauthier made history in 2015 when his Soho restaurant became the first Michelin-starred establishment in the UK to offer a vegan tasting menu. Following a health conscious epiphany from the French-born chef, Gauthier Soho been providing vegan fine dining ever since, and is gradually converting itself into an all-vegan restaurant. For £120, diners can enjoy a full eight courses with wine pairings, with seasonally changing dishes including a jar of “Faux Gras” with toasted sourdough, rainbow Swiss chard parcels swimming in a chestnut velouté and a dessert of apple and dill delice with cinnamon sorbet.
Address: 21 Romilly Street, W1D 5AF. gauthiersoho.co.uk

Soft serve hotspot Yorica hasn’t just kicked out the eggs and dairy, but many more troublesome ingredients too. Not only is the Soho ice cream shop vegan, but it’s also free from nuts, gluten and all the 14 major allergens – making it a sweet treat that can be enjoyed by pretty much anyone. Dishes on the dessert shops menu include four flavours of soft serve, rice milk shakes finished with dairy-free whipped cream, as well as waffles and crepes to top when visiting Vegan Restaurants in London.
Address: 130 Wardour Street, W1F 8ZN