About Scotland and Loch as home for a monster

LOCH NESS, SCOTLAND. Famous for its alleged monster Nessie, at its deepest 227 metres. Deep enough to be a comfortable home for any monster. Unst in the Shetlands is the most northerly populated island in the British Isles. It is 120 km2 in area with a population of 632. The Muckle Flugga Lighthouse at the far north of Unst is just 300km from western Norway.

The highest mountain in Scotland is Ben Nevis (1,345 metres). It is the highest in the UK.
The longest river is the Tay/Tummel (188km) and the largest lake (known as a Loch in Scotland) is Loch Lomond (71km2).

The Queen and her family spend their summers at Balmoral in the Cairngorms National Park in Aberdeenshire. The Queen inherited Balmoral Castle from her father King George VI. It is open to the public from April to the end of July.

English is the main language spoken in Scotland. Scots is mainly a spoken language with a number of local varieties, each with its own distinctive character. The ancient Celtic language of Gaelic is still spoken by some Scots. Thanks to a diverse and growing population, Scotland is also home to 150 different other languages. Some are spoken be only a few, others are the first language of entire communities.

Industry. Industries include energy, financial services and whisky – the third largest industry in Scotland, contributing £5 billion to the UK economy. Whisky comprises 70% of the entire Scottish food and drink industry. More than 40 distilleries and visitor centres are open to visitors. It is possible to follow what’s known as The Malt Whisky Trail and visit distilleries in the Scottish Highlands. The route along the coast from Islay to Campbeltown and from Mull to the Isle of Skye is known as the Whisky Coast and includes 14 distilleries open to visitors. 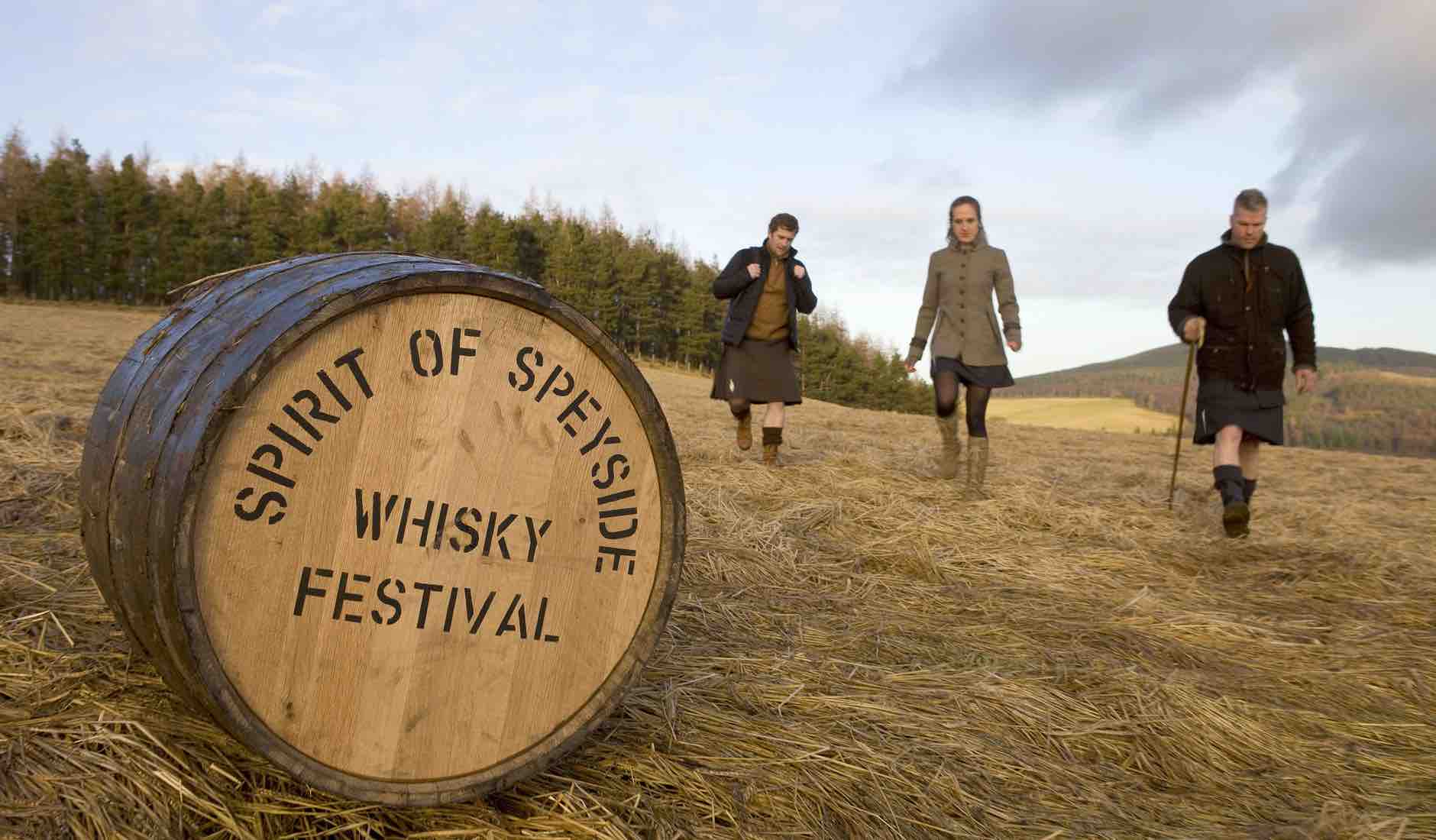 Highlights. The capital city Edinburgh hosts 12 major annual festivals and the city has more than 3,000 events every year with more than 25,000 performers. The Edinburgh Festival Fringe is now the largest arts festival in the world and takes place every August for three weeks. New Year’s Eve (31 December/1 January) in Scotland is known as Hogmanay and is a major celebration.

Every year more than 80 Highland Games meetings take place across Scotland. The Highland Games are a uniquely Scottish mix of culture, sports, music and community.

Edinburgh. The capital of Scotland is Edinburgh – Scotland’s second largest city with an estimated population of 464,990. The Palace of Holyrood House in Edinburgh is the Queen’s official residence in Scotland and is where the royal family stays when on official duties in Scotland. Scotland’s Parliament sits at the foot of Edinburgh’s Royal Mile in front of Holyrood Park and the Salisbury Crags.

The Royal Yacht Britannia is berthed at Edinburgh’s port of Leith. The Queen and the Royal family used the yacht for over forty years, sailing more than 1,000,000 miles around the world. It is now open to visitors and one of Edinburgh’s most popular attractions.

Glasgow. On the west of Scotland and an hour’s train ride from Edinburgh in the east, Glasgow has a population of 606,340. Glasgow was named a UNESCO City of Music in August 2008. The title recognises Glasgow’s rich music scene from international classical concerts to traditional Celtic music. Celtic Connections in January is an annual festival of traditional and modern Celtic music. In August, the city hosts the World Pipe Band Championships with over 500 competing bands from around the world.

Kelvingrove Art Gallery and Museum is one of Scotland’s most popular free visitor attractions. It has 22 themed galleries, displaying 8,000 objects. Highlights include a real RAF spitfire aircraft built in 1944, and Sir Roger the stuffed Asian elephant, one of Kelvingrove’s oldest and best-loved exhibits.

Scotland has almost 800 small islands in four main groups: Shetland, Orkney, and the Hebrides, sub-divided into the Inner Hebrides and Outer Hebrides. The population of Scotland is an estimated 5,373,000.