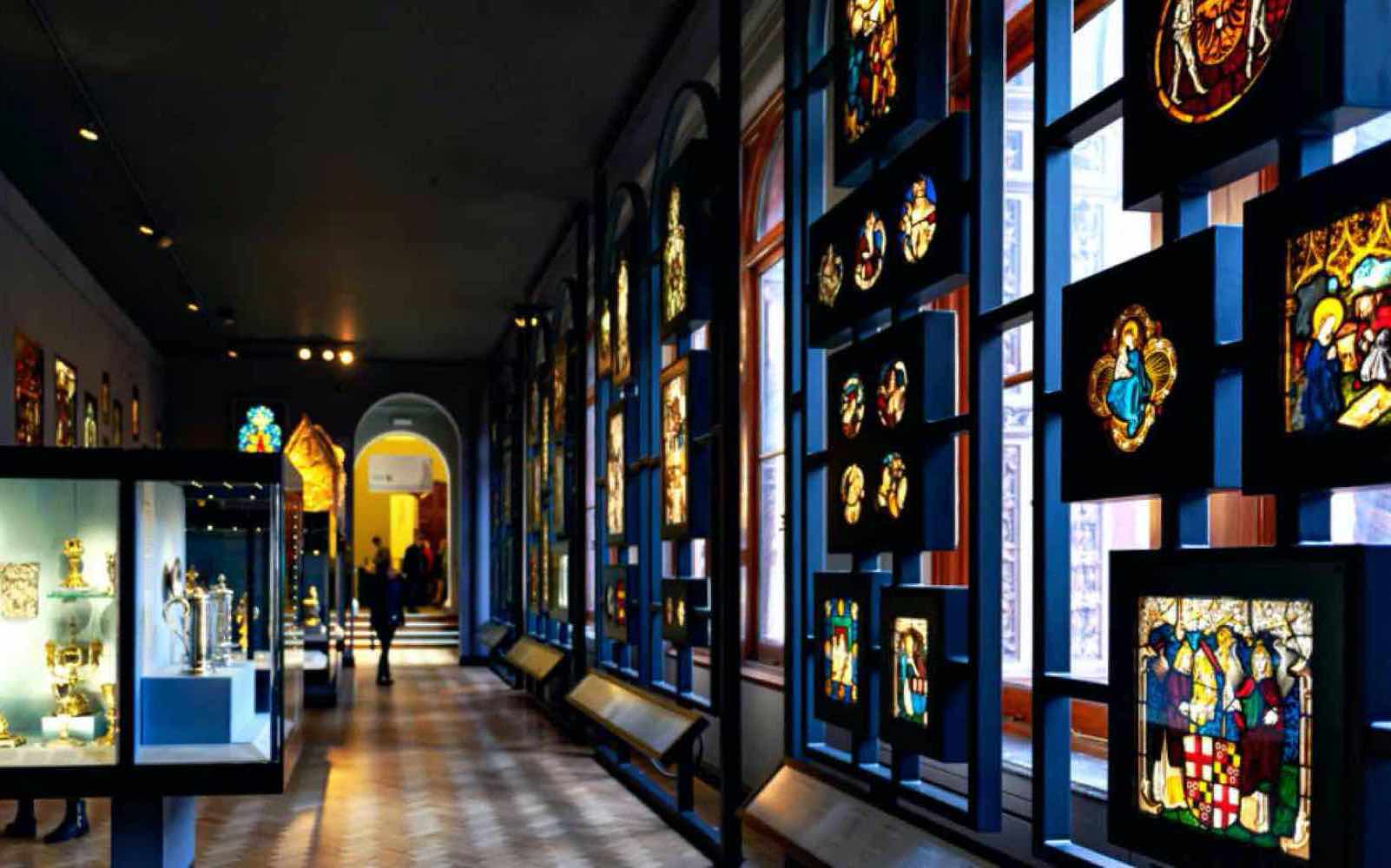 Art and Culture Walks in London

LONDON WALKS and CULTURE: “I love to follow the New River Walk from St Pauls Road to Canonbury Road, N1. It feels like a secret known only to a few”. Author Nicholas Royle wrote about a few of his favourite things to do in London. Here are some more picks. 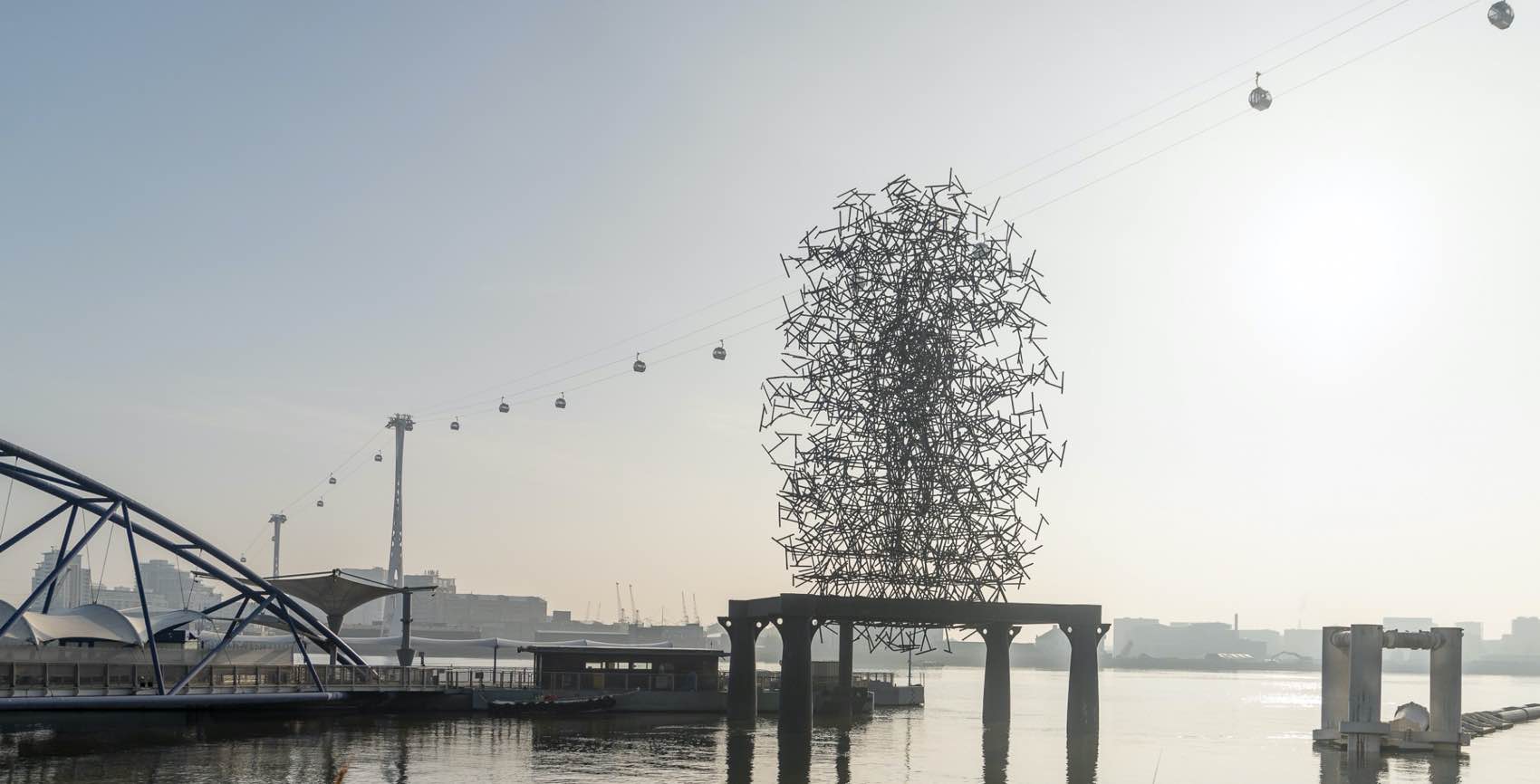 The Line with Artworks

London’s “first contemporary art walk” is a strangely undersung affair, but well worth embarking upon. Running between The O2 in Greenwich and the Queen Elizabeth Olympic Park in Stratford, the 3-mile route is peppered with bold artworks, some from acclaimed names like Damien Hirst and Antony Gormley – look out for sliced-up sand dredgers, scientifically stacked shopping trolleys and precariously positioned pylons. Aside from the visual art, there are also lots of landmarks to gaze at, and you even get to glide over the Thames in the Emirates Air Line cable car.
Stop for a drink: Galvanisers Union, Bromley By Bow, 2 Devas Street, London E3 3LL

This is a family run business that develops and delivers walking events with a creative twist. Walks and “walkshops” (walking workshops) are mainly artist led, depending on the event you choose there will be a mix of drawing, learning and making. The organizer has focus on creative using walking as the art form. Participants come and explore an area, learn something new and develop skills. The art is in taking part in what they call for “walking creatively”. Visit Museum of Walking

Marilyn Greene is an established and informative guide with over 20 years of experience of guiding. She is expert in guiding for heritage institutions and independently. Marilyn´s Faith & Intercultural Tours brings us to the Victoria and Albert Museum to see many examples of lamps and candleholders made for religious purposes. Including objects and images that are intended to convey light, both literally and spiritually.
Watch the Tours of Marilyn Greene

Picture: Mosque Lamps, Egypt or Syria, 14th Century, Gilded and enamelled glass. In the collections of the Victoria and Albert Museum. Photo by Marilyn Greene

This is another tour of Victoria and Albert Museum guided by Marilyn Green. Concentrating on faiths that originated in the Indian sub-continent we discover the differences between Hinduism, Jainism and Buddhism through their art, sculptural depictions and stories. See how the faiths compare and contrast and learn to recognise iconography specific to one or several faiths. Also, the younger Sikh religion will be included.
Picture: Shakyamuni Buddha figure, China 1740-1786, Cast and gilded copper with painted hair. In the collections of the Victoria and Albert Museum, photo © Marilyn Greene

Marilyn Greene has guided walks in the Hampstead area, North London for some 20 years and qualified as a City of London Guide. This is one of many walks to be booked as private tours. Alleys and Lanes of Hampstead will experience the attractive and intricate network of alleys and lanes in the heart of old Hampstead. Also, discover how the village developed from a fashionable spa in the 18th century to a thriving village with social amenities in the 19th century.
Picture: Holly Mount and view to the Holly Bush pub, Hampstead

The emphasis during the London Literary Pub Crawl is on the literary rather than the pub crawl. Anyone expecting a night on the tiles might be disappointed when they turn up to find Virginia Woolf getting the first-round in. Stopping off at the favourite pubs of writers such as some of the UK’s most celebrated writers. Including Anthony Burgess, Charles Dickens, George Orwell, Tom Stoppard and well-known drinker and poet Dylan Thomas. The tour explores the ideas that inspired the writers in the very spaces where they wrote and thought. You also get to do some fun literary pub quizzes along the way.

Cruise from Tate to Tate

If you want to travel in style between London´s two Tates, there is only one way to go. Take the dedicated catamaran service operated by Thames Clippers. Even the design, interior and exterior of the boat are decked out in Damien Hirst´s coloured spots. Buy tickets at either Tate, online, by phone or onboard. You´ll get a third off with your Travelcard. 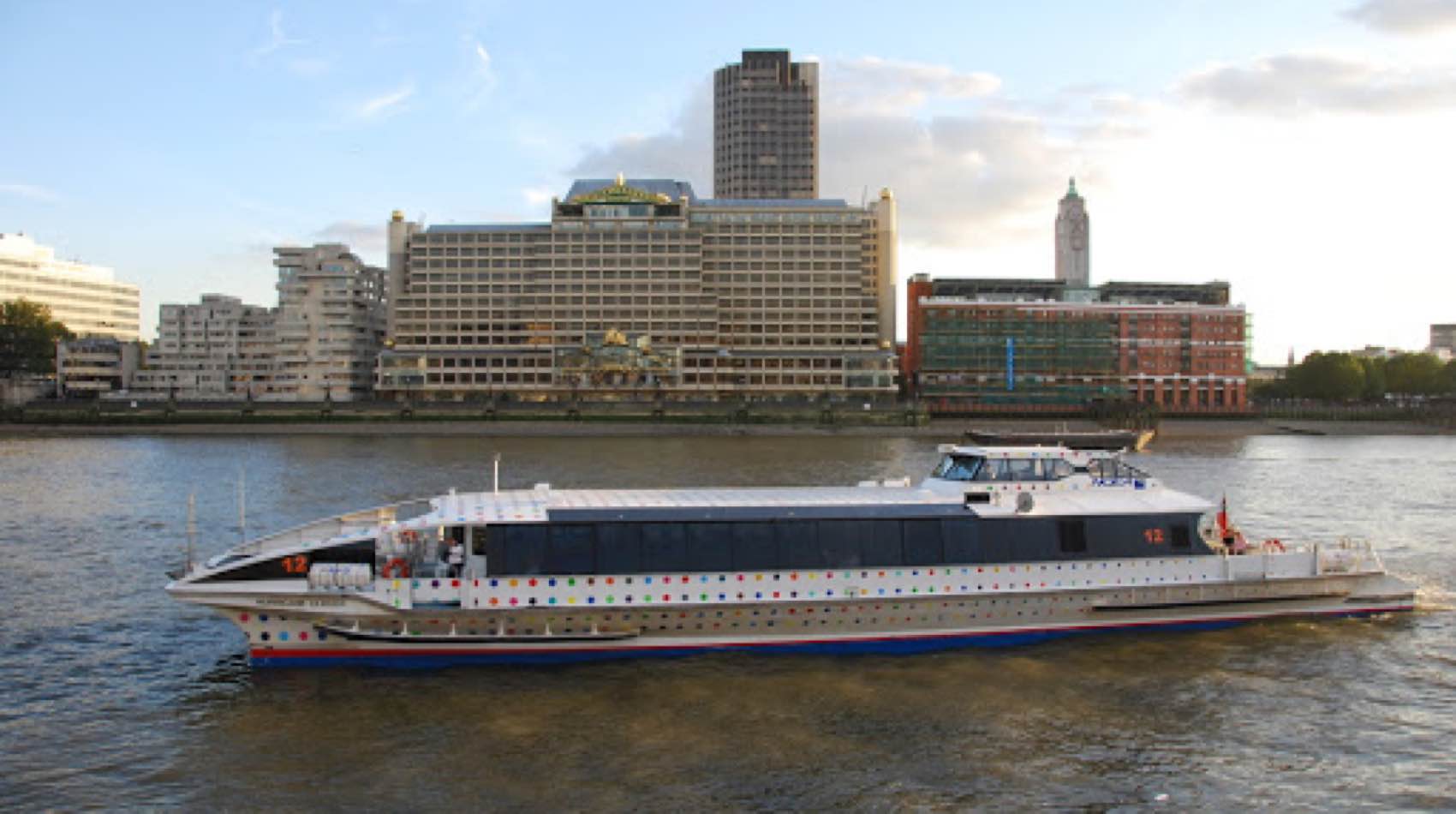 St James is the diplomatic area. To visit Texas, go to St James´s Street – or more precisely, Pickering Place. The nearest tube station is Green Park. The tiny Pickering Place is an alley off the east side, near St James´s Palace in a building that also houses Berry Bros. & Rudd, a prestigious wine merchant that has been there since 1930. 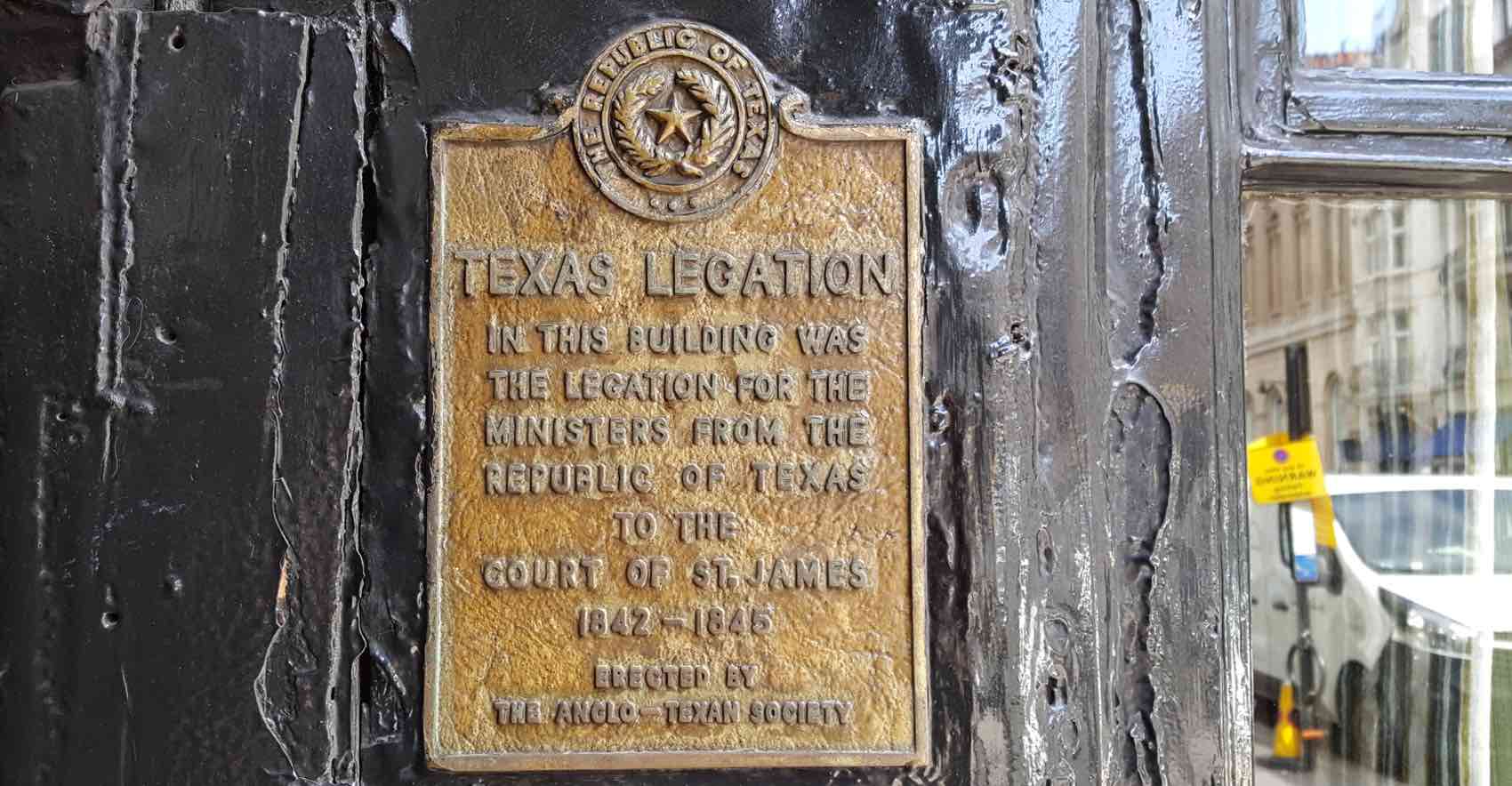 On the north side is a plaque, marking it as the site of the Texas legation until 1845. Then Texas decided to be less independent and became a United State of Amerika. Then left London, but didn´t pay the rent. It wasn´t actually settled until the 1980´s. Then 26 Texans dressed in buckskin, showed up at the wine shop to settle the Republic´s outstanding debt of 160 dollars, repaid on the spot in Republic of Texas bills.

Go see! The Anglo-Texan Society – author Graham Greene as a member – came to London in 1963 and installed a commemorative plaque. In 2013 they installed another plaque. Pickering Place also boast that it was the place where Napoleon III plotted his return to France. I found this charming story at London Literary Pub Crawl. Go to see!

Street Art London has a deep knowledge about the street art scene and first hand relationship with artists you don´t find in a book.
Go to the website and see a selection of the artists and their work which you will see on a tour with us.  In total they will cover the work of over 100 artists.  Have a look at street art photography. Street Art London regularly work alongside many of the artists on projects, festivals, mural projects and exhibitions in London. One artist is Pablo Delgado, originally from Mexico but living in London for the last years, Pablo Delgado is well known for his miniature paste ups scenes that may be found all over East London.

From Cork in Ireland, but now based in London, Harrington fuses graffiti and fine art techniques to produce huge frescos.