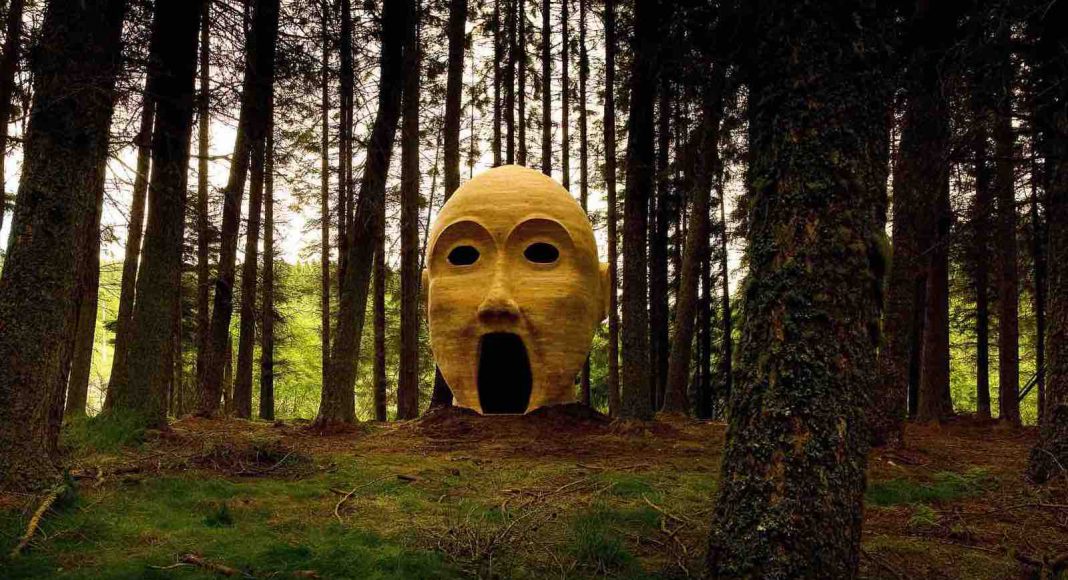 Forest Head of timber and other outdoor art of Britain

A giant timber head at Forest Park in Nortumberland, close to the boarder with Scotland

LONDON: World Art Day, on April 15 celebrates the contribution the arts and artists have made to society. It’s a perfect time to see some of Britain’s art – found not only in galleries and museums, but also in the great outdoors. From open countryside, to stately homes, to city centres, here are 10 of the best places in Britain to enjoy outside art. Forest Head is one to meet. 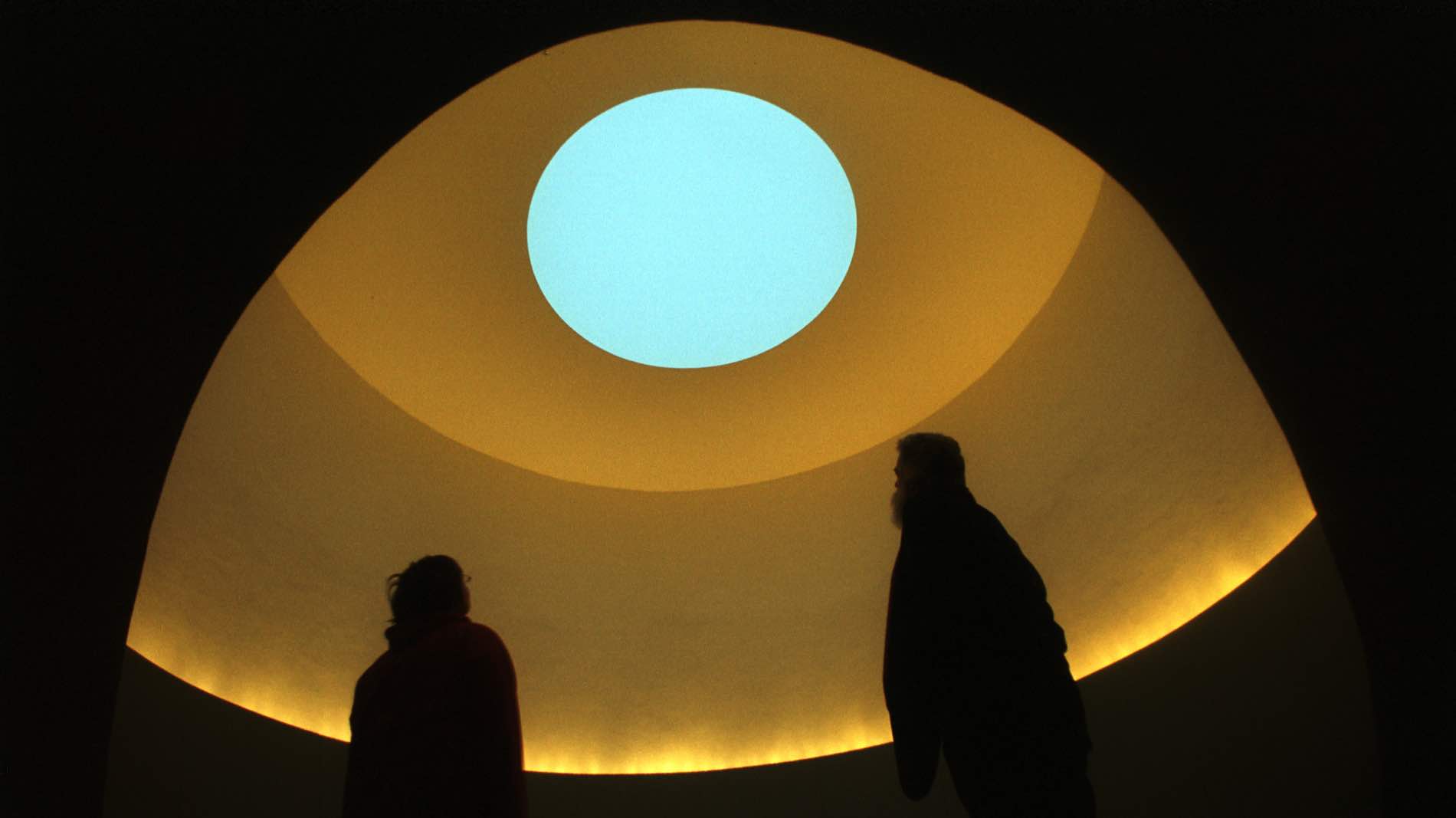 Great wingspan in the North

1) One of the most dramatic pieces of public art in Britain, The Angel Of The North first spread its massive wings in 1998. Standing on a hilltop beside the A1 motorway near Gateshead in north-east England, Antony Gormley’s heavenly steel sculpture dominates the skyline with a wingspan of 54 metres. The site has a small coach and car park for those wanting to give the Angel more than a passing glance.
Where is it? Gateshead is in north-east England, three hours north of London by train.

2) The world’s largest equine sculptures, The Kelpies are a pair of colossal steel horse heads sited in The Helix, a new parkland on the banks of the Forth and Clyde Canal in Falkirk, Scotland. Open to the public since 2014, there’s an on-site visitor centre with café, gift shop and exhibition space, while the 45-minute Kelpies Experience Tour leads visitors inside the sculptures to marvel at their engineering and design.
Where is it? Falkirk is in Scotland, 30 minutes west of Edinburgh by train. 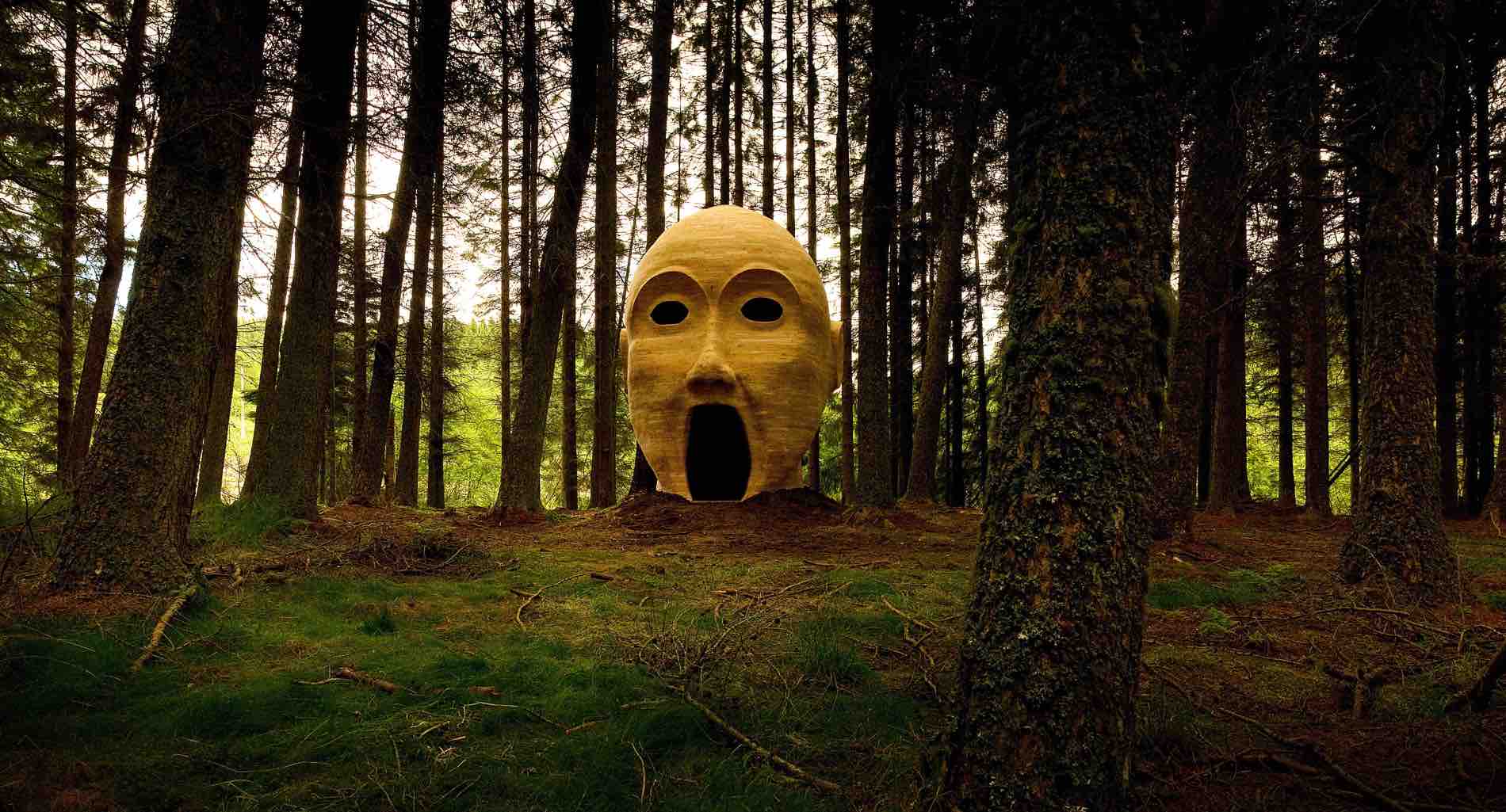 3) Britain’s leading open-air gallery, Yorkshire Sculpture Park stretches across historic parkland on the outskirts of Wakefield in West Yorkshire. This part of Yorkshire was birthplace to eminent sculptors Barbara Hepworth and Henry Moore, and significant examples of their work are sited here. With more than 100 works on display across the park, other British and international sculptors represented include Elisabeth Frink, Marc Quinn, Julian Opie, Joan Miró and Ai Weiwei. There’s also a gift shop and restaurant.
Where is it? Wakefield is in the north of England, two hours north of London by train. 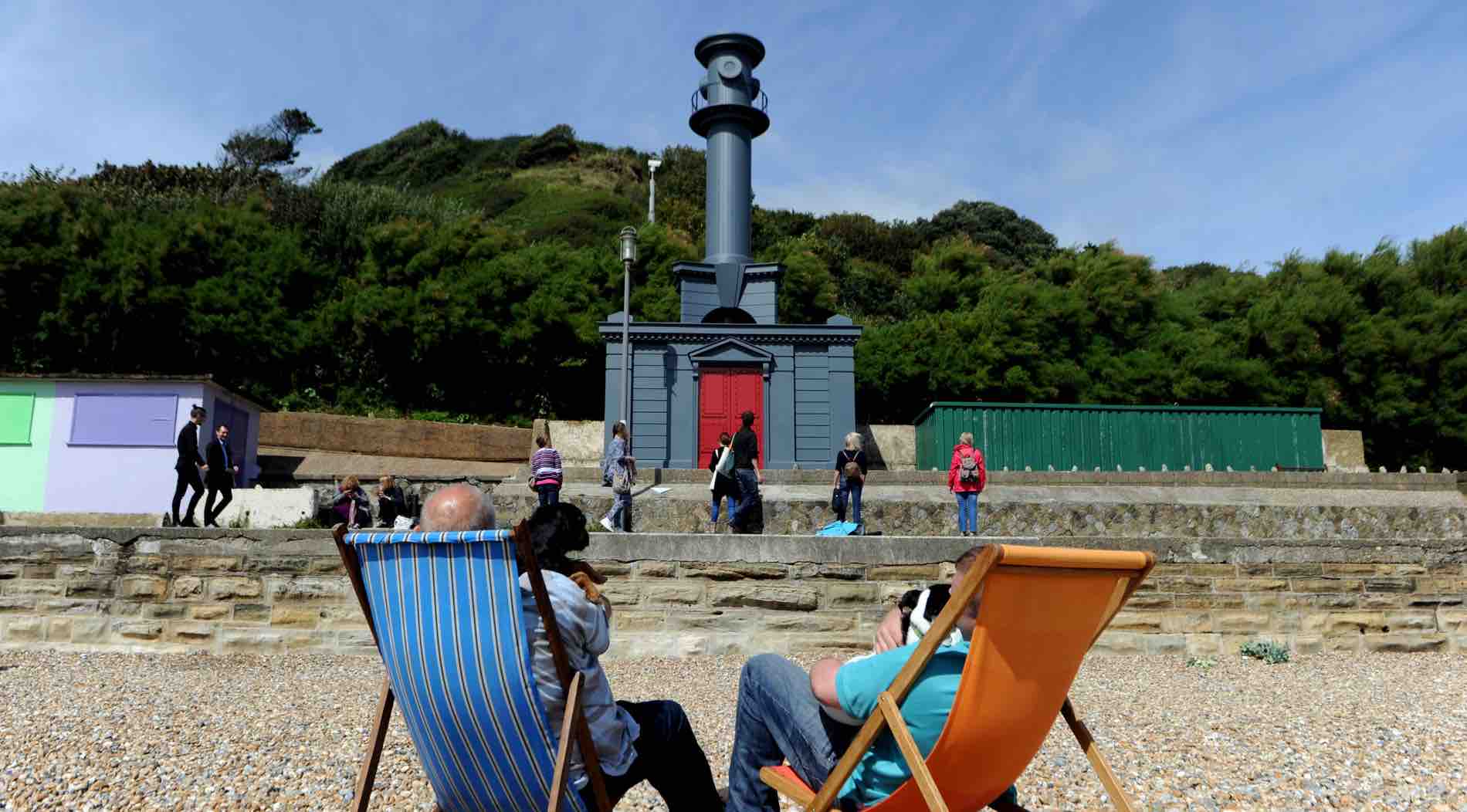 5) Folkestone Triennial has become an important fixture in the international art calendar, marking Folkestone as home to Britain’s most ambitious public arts project. Each Triennial invites artists to exhibit newly commissioned work in public spaces around the town – around 20 major artworks are commissioned for each Triennial, with up to half remaining in place permanently.
Where is it? Folkestone, on the south-east coast of England, one hour from London by train.

6) The city of Bristol has developed a vibrant street art scene – it is after all the place where world-renowned street artist Banksy hails from. The only tour supported by the Bristol street art community, Where The Wall offer the award-winning Bristol Street Art Tour Lasting two hours, this informative guided walk tells the story of Bristol’s incredible creative culture and art scene from the 1980’s to the present day.
Where is it? Bristol is in south-west England, one hour 45 minutes west of London by train.

7) On the border between England and Scotland, Kielder Water & Forest Park incorporates several pieces of public art and architecture, each created to enhance the visitor appreciation of the natural landscape.
Where is it? Kielder Forest is in the north of England, close to the border with Scotland, two hours south of Edinburgh by car to meet Forest Head.

8) One of Britain’s greatest stately homes, construction work on Castle Howard first began in 1699 and took more than 100 years to complete. The lavish formal gardens and landscaped grounds are home to one of Britain’s most extensive collections of classical sculpture, including a series of 18th-century lead statues depicting Greek gods.
Where is it? Near York in north-east England, two hours north of London by train.

9) Another impressive stately home, Burghley House is full of historic interest. It’s also an unexpected home to contemporary sculpture. Within the stunning Capability Brown landscaped grounds is Burghley Sculpture Garden with a permanent collection including the delightful Grass Maze by sculptor Peter Randall-Page. From April to October, these are joined by an annual selection of curated sculptures, which have previously included a cast iron stag by Dido Crosby, and a tank by artist Kypros Kyprianou.
Where is it? In the middle of England, two hours north of London by train.

10) The National Botanic Garden of Wales is a fascinating venue for outdoor art, displaying works by some of Wales’ leading contemporary sculptors. Budding artists may also find inspiration here by taking one of the occasional art-based day courses.
Where is it? In south-west Wales, one hour north-west of Cardiff by car.

Get more inspiration: British women who changed the world