More
Home Adventure Living in Haiti - just live! Not a place for tourists 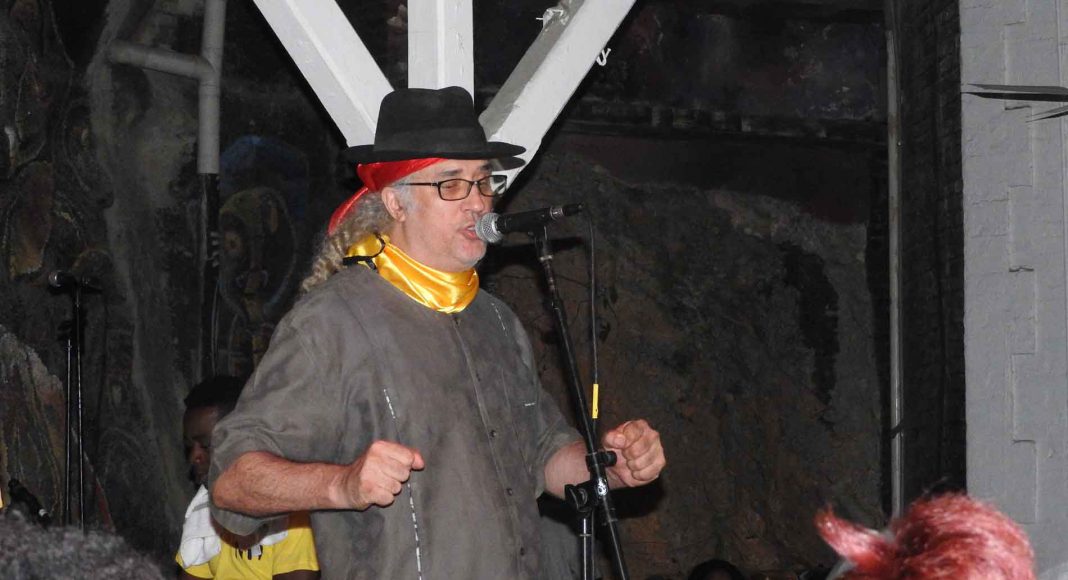 Living in Haiti – just live! Not a place for tourists

First the guns are locked away. Then a concert mostly like Jimmy Hendrix gone totally mad

PORT-AU-PRINCE, HAITI: “In Haiti there is no tourists. People coming here are either journalists, writers, foreign aid people or CIA.” Living in Haiti is still a risky experiment.

After eight hours bus ride from Dominican Republic I find myself sitting at the bar in the institutional famous Hotel Oloffson in Port-au-Prince. The owner, Richard Morse, is more than willing to share stories about the changing and violent history of the hotel.And about  his own turbulent life in Haiti’s always changing political climate and natural disasters.

Morse cuts a striking figure. At 6 feet 4, he stands head and shoulder above most locals. His long salt-and-pepper hair is often braided to the middle of his back, and he wears bushy sideburns and black-framed glasses. Morse is a US citizen who has made a home in Haiti. When thousands each year fling rafts into the perilous straits to make the opposite journey. For years, he’s been among the few figures in the devastated island nation to say publicly what everyone thinks. The Haitian government, American foreign policy, and international intervention have catastrophically failed the Haitian people. His people.

“The reason I was born in Puerto Rico is that mixed marriage was not very well accepted in the US. My father, Richard M. Morse, was an academic sociologist at Yale University. My mother, Emerante de Pradine was a famous Haitian singer. She was actually the first Haitian to get a record contract. I graduated from Princeton University in 1979 with a degree in anthropology”.

“I was always interested in music, and I joined a band in New York City, called The Groceries, that played new wave and punk rock music with Caribbean musical style elements. 1985 became a turning point in my life. I was dating a woman whose father strongly disapproved of his daughter dating a musician, and I had a falling out with my fellow band members over musical differences. A French record producer persuaded me to start over and move to Port-au-Prince to better explore Haitian and Caribbean music”.

“Even if I had a Haitian mother, and I had visited Haiti on a few occasions, I felt 100% American with no special roots in neither Haiti or the Haitian music. My first memory moving to Haiti is that when I disembarked the plane in Port-au-Prince, inhaling the tropical air, stretching my arms to the blue sky, I thought; this is where I belong”.

The Sam Family, on my father’s side of the family, was owners of the Hotel Oloffson in Port-au-Prince, and looking for something to do, I was helping my half-brother to renew the lease on the then rundown hotel. To make a long story short, in 1986 I ended up with a 15-year lease all by myself, and I’m still here. From then on the hotel business and my music became entangled, as well in my daily life and the political situation in the country.

“Well, the history here is long, and always in a great deal mixed up with the turbulent political situation on the island. The mansion was built as a residence for the powerful Sam family, including two former presidents of Haiti. The hotel was the real-life inspiration for the fictional Hotel Trianon in Graham Greene’s famous 1966 novel The Comedians.

“In 1935, the mansion was leased to Werner Gustav Oloffson, a Swedish sea captain from Germany, who converted the property into a hotel with his wife Margot and two sons, Olaf and Egon. In the 1950s, Roger Coster, a French photographer, assumed the lease on the hotel and ran it with his Haitian wife, Laura. The hotel came to be known as the “Greenwich Village of the Tropics”, attracting actors, writers, and artists. Some of the suites were named after the artists and writers. Including Graham Greene, James Jones, Charles Addams, and Sir John Gielgud”

“During the 1970s and early 80s, the hotel enjoyed a brief period of fame and good fortune. Celebrities such as Jacqueline Kennedy Onassis and Mick Jagger were regular guests. As the grip of Duvalierism closed over the country, however, the foreign tourist trade dried up. The hotel survived by serving as the desired residence for foreign reporters and foreign aid workers who needed secure lodging in the centre of town.

Band at a Voodoo hotel

“I took over the hotel in the end of the Duvalier (Papa Doc and Baby Doc) period and it was in near ruins. Restoring the hotel business, I hired a local folkloric dance troupe and slowly converted it into a band. One of the singers was called Lunise, and she is now my wife. She is the most popular female singer in Haiti at the present.

RAM – is my initials

We called the band RAM, as in my initials, and began experimenting with the new sounds of rasin music. The ancient drum rhythms of former African slaves combined with the beat of American rock and roll was a perfect combination for my musical background. The Hotel Olofsson was also a perfect venue for rehearsals and performances and RAM began playing a regular performance every Thursday night at the hotel, and we still continue, 25 years after. A lot of people call it the Voodoo hotel”.

You are quite outspoken, isn’t that dangerous in a country in constant chaos?

“Some people are very surprised I’m still alive as I had many threatening encounters with various governments during the years, but I use to say: “If you live in Haiti, just live”. Many times during its history, our band has become intimately involved in Haitian politics.

RAM is quite famous

“The band first made the world scene in 1993, when one of our most popular singles, “Ibo Lele (Dreams Come True)”, a song with both English and Creole lyrics, was included in the soundtrack for the major motion picture Philadelphia, next to famous musicians including Bruce Springsteen and Neil Young”.

“Yes, although the number of public varies as to the political situation. Now it’s political unrest once again, and it’s hard to know beforehand how big an audience we’ll have from week to week. During all the turbulent years on our Thursday night concerts, we had to ask people to leave their guns at the entrance, and sometimes they filled up an entire footlocker”.

You are a Voodoo Priest or a Houngan

“As my roots to the Haitian culture grew deeper, I became more and more intrigued with the Voodoo religion. Both as a natural part of the Voodoo rhythms in our music, and as a religion. I became so involved that I was initiated as a houngan, or Voodoo priest, in 2002. If I should describe a RAM concert; “Yes, you might see our dancers go into a trance. Some get possessed by the loas (spirits), to the rhythm of the drums, but it’s a natural state when it happens. You can’t fake it.”

The Concert: I have no idea what to expect

First came the security personnel, setting up the traditional gun-locker. It’s 10 pm, and as people start drifting in, they are screened and the guns are locked away. It’s a few foreign-aid workers, mostly black Haitians, and me. The band has yet to appear, but the music is blasting from big loudspeakers. Rum and beer is flowing, and the dance floor is filling with moving bodies. It’s almost midnight as the band shows up. The Voodoo drums and the brass horns soon mixes with electric guitars and Creole singing.

It’s like Jimmy Hendrix gone totally mad, and it’s obvious that the members of the band are superstars. As the night goes on, and the rum and the beer take effect, the crowd is shouting and whistling. No shooting tonight. Finally I crawl exhausted and confused to bed – dreaming of sorcerers and zombies. 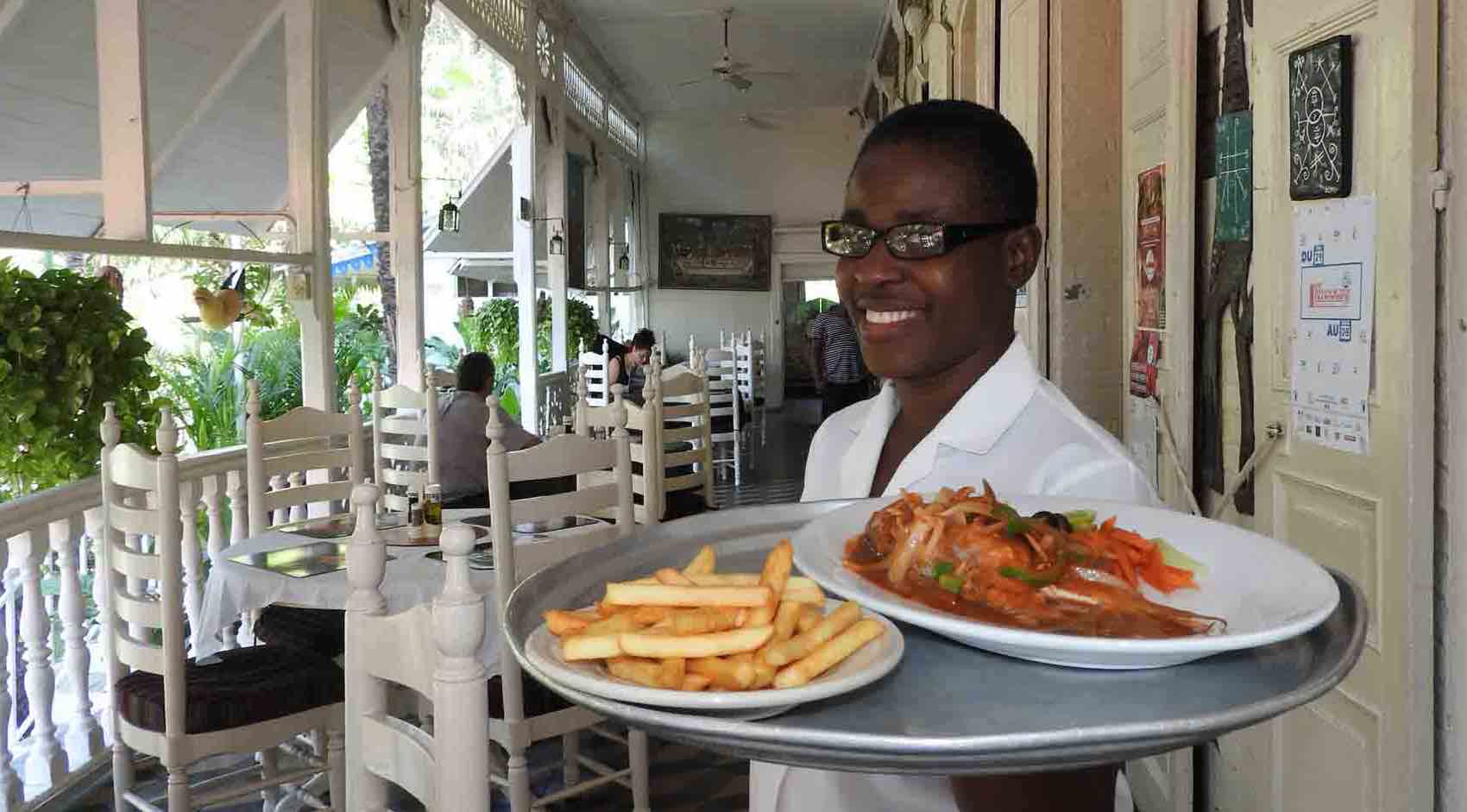 Howard Cocodrilo Saether
Born without fear. Lived aboard a sailboat for 9 years, sailing from Norway to Island, Greenland, Canada, USA, Caribbean, Brazil, Uruguay, Argentina and then back to Europe. Two years on horseback through Uruguay, Brazil, and Paraguay before ending up in Bolivia, owning a traditional cattle ranch for 13 years. Extensive traveling South America on motorbikes.

Best on holiday, next to the pool, ideally from a pineapple. Pina Colada brings you to the tropics with our perfect recipe. Just try it.
Read more