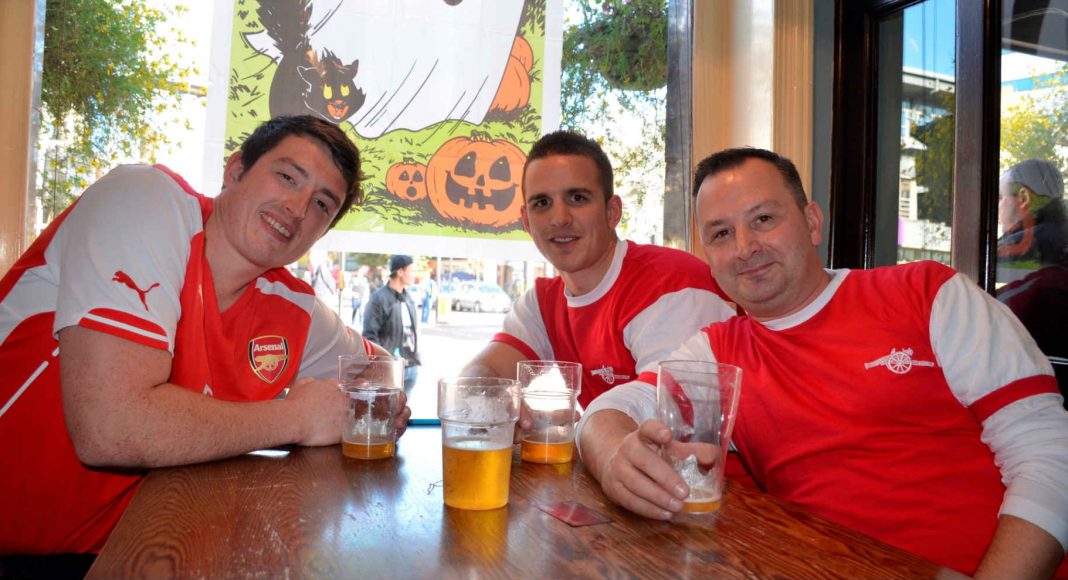 LONDON: Matchday in North London is everything but the beautiful game. Because it’s not just a game, it’s a way of life, And it’s about getting together in a pub before the match and must likely after a match at Emirates Stadium located at Islington. The pre-match pint is a cherished part of the Premier League Matchday experience. And Arsenal fans are blessed with a huge range of drinking establishments to choose from.

The Tollington pub, 115 Hornsey Road. A bit tricky to find but well worth it. It feels like you’re drinking in a renovated village pub away from the noise and bustle. Arsenal fans from Scandinavia tend to come here and drink real ale and spill out into the lane. You might even spot one or two celebrated Gooners there. Friendly staff and tasty comfort food. Distance to ground: Walk 7 minutes.

The huge Coronet pub in 338-346 Holloway Road. “I have been going to this pub regularly since it opened, and never had a bad pint in all that time”; one regular told when I visited this spacious pub after match. The Coronet gets very crowded when Arsenal play football matches, all the supporters are kitted up in red/white, and getting a table is difficult. Here I met brothers Frankie and Brian McMullen originally from Liverpool, one supporting Everton, and the other fan of Liverpool.

El Comandante in 10 Annette Road. This pub has a sparkling atmosphere and superb location next to Emirates and Arsenal. El Comandante is something of a surprise. From the outside it appears to be a traditional English pub, inside it becomes clear it is a colourful Bolivian bar. Its sparkling atmosphere and superb location make it an increasingly popular choice for Arsenal fans. William the owner has pretty much opened the pub just so his mates can come in and drink cheap San Miguel. Distance to ground: 3 minutes.

Cock Tavern in 259 Upper St Islington. This is popular as it is right beside Highbury & Islington station. Nothing spectacular about the place, but a busy, clean and comfortable London-type pub. Quite popular and convenient for away fans who are using the station. Distance to ground: 15 minutes.

The Irish pub Tommy Flynn´s in 504 Hollyway Road. The host Helena Gannon runs this laid back pub with kitsch décor. Friday and Saturday with live music in the evening. Perfect for a big group of fans gather together for after match celebration. Irish food and drinks for reasonable prices. Distance to ground: 15 minutes.

Filthy´s Bar in 274-276 Holloway Road. This is a live music venue that provides entertainment every night of the week. Perfect for after match party. Distance to ground: 10 minutes.

“This is my way of life”, Alexander J. E. Laidman says. He is selling the Gooner Magazine and match programs outside Emirates every matchday and even at Arsenal´s away matches. While Alex is busy selling, the football fans – or soccer fans to Americans – meet up hours before a game. They drink a few pints of lager and sing team’s songs loudly. Here is the game going on before and after a match at Emirates Stadium.

Before I forget; Holloway Road and the area next to Emirates is crammed with cheap and cheerful cafes, so it would be very wise to tuck in at these establishments rather than the rip-off catering inside the Emirates. You’ve been warned!

More Arsenal: Arsenal fans are very loving about their club. I met some from across Europe in London. They are really passionate for Arsenal.