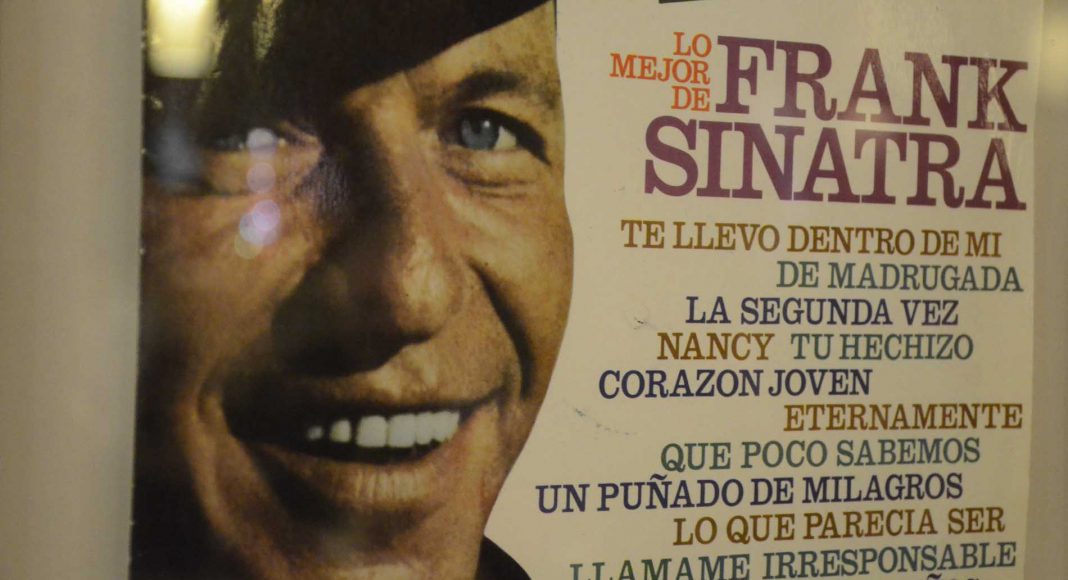 Arrested for being drunk and abusing Franco

Appears to have been taken from a Mafia script

TORREMOLINOS, Spain: The blue-eyed singer Frank Sinatra was famous for sex and romances with some extraordinary women, but also for his ”bad boy” image. On the centenary of his birth, while I had a drink called “Frankie’s after dinner”, a new story revels the demons that drove Sinatra into so much trouble.

“Sinatra made this bar famous, in a way he is still very much alive here”, reveals barkeeper Guadalupe “Lupe” Hueto. “Lupe” is Spanish champion in making long drinks of gin. Every night she creates and serves some of the Sinatra long drinks and cocktails to bar crawlers and tourists staying at Hotel Pez Espada on Costa del Sol in Spain. A wall at Sinatra Bar is covered with record albums of the famous singer. He is still very much present. 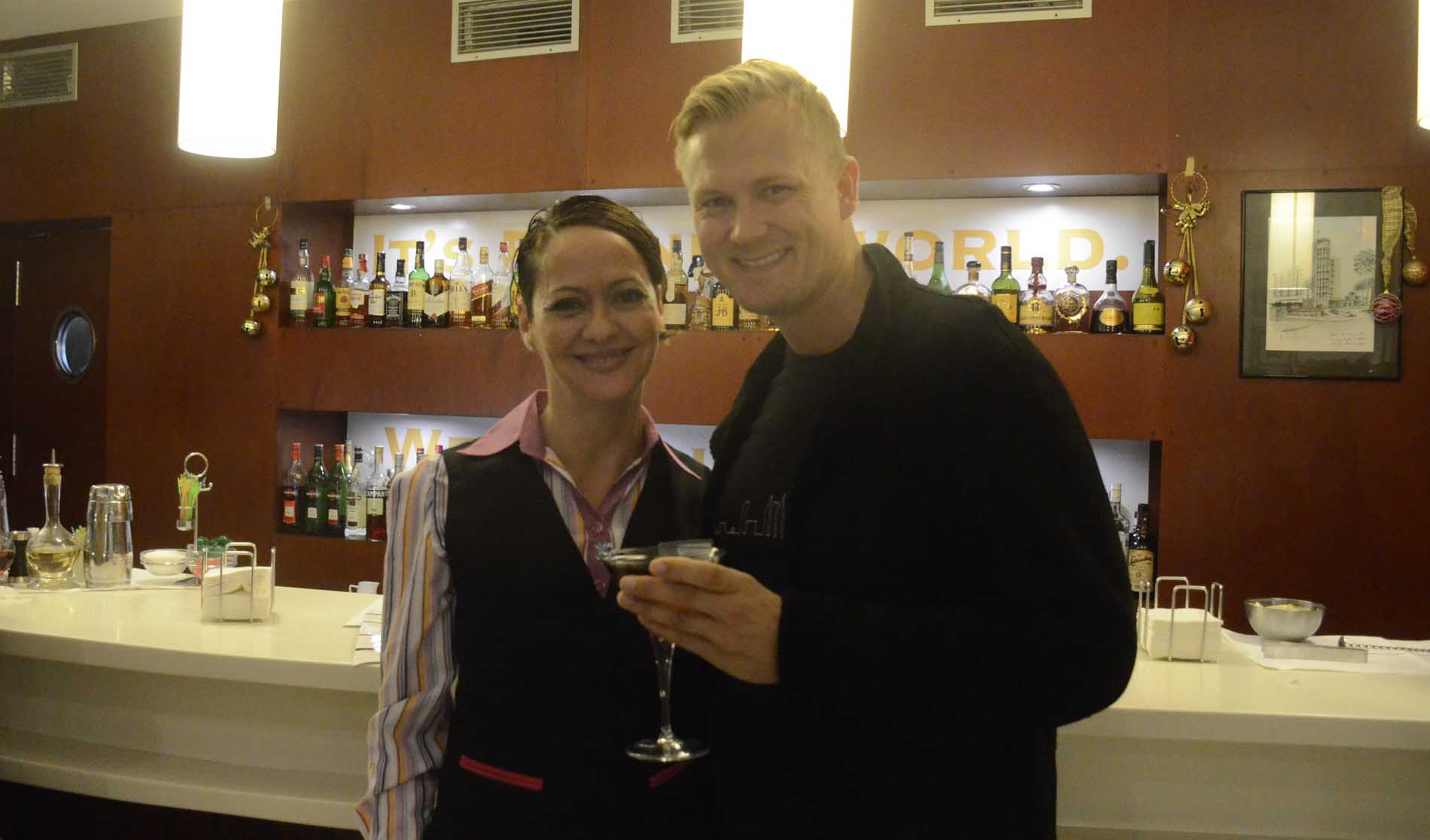 The unforgettable story about Sinatra visiting this hotel-bar in 1964 is about a woman and a fight with a journalist and photographer. – The rest appears to have been taken from a Mafia script, but located in the tourist town of Torremolinos, 15km west of Malaga. Sinatra’s love life would have humbled Casanova and his nightly outings in Spain was well known when he filmed “Von Ryan’s Express”. Based on a World War II story about escaping from Hitler. It became one of Frank Sinatra’s most successful films.

However, his story from the hotel bar became a curious paradox. During one night out the film star was arrested by Guardia Civil, a military force charged with police duties. While Sinatra managed to escape from Hitler, he would prefer to enter a plane for New York to escape from another dictator. General Franco. 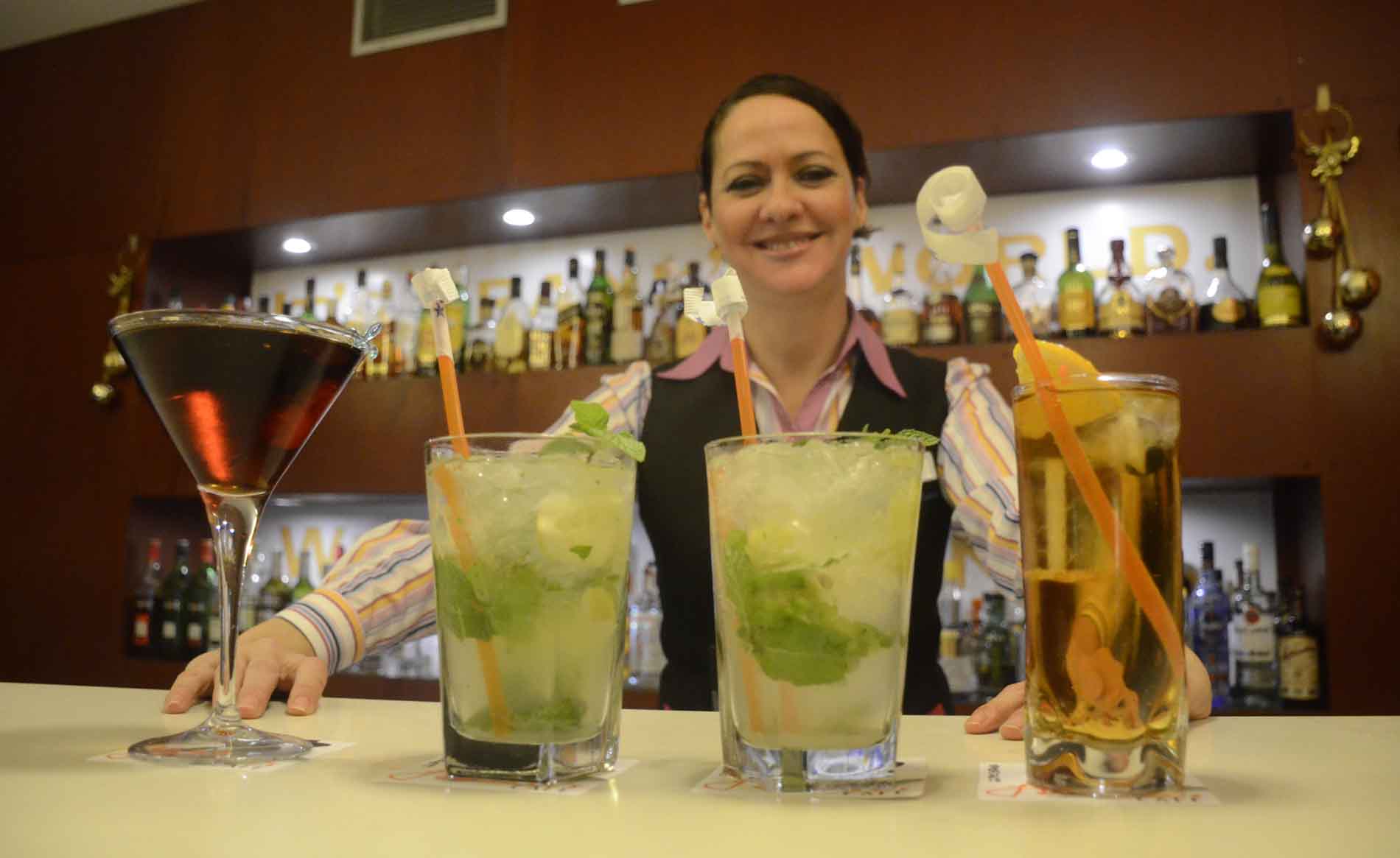 Sinatra had a way of disrespecting those he considered disrespect-able as a way of punishing the disrespect-ability he felt imbrued with. General Franco was certainly one of them. While in Malaga in 1964 he wrote the following telegram to the Spanish dictator: “Congratulation on the 25 anniversary for your generous regime. Die”.

No wonder Sinatra ended up handcuffed, arrested and brought to a police station. Then fined 25,000 pesetas for being drunk, fighting with reporters and hitting a female Cuban singer and abusing Franco.

How I know the story..? It was written by a guest visiting the bar a September night in 1964, explaining what had happened. The story is framed and on the wall. The bar is still Frank’s world, we just live in it.

“Lupe” made me another strong drink of Four Roses whiskey, Tia Maria and Amaretto de Saronno – before I left Sinatra Bar without any noisy argument. I did it my way.