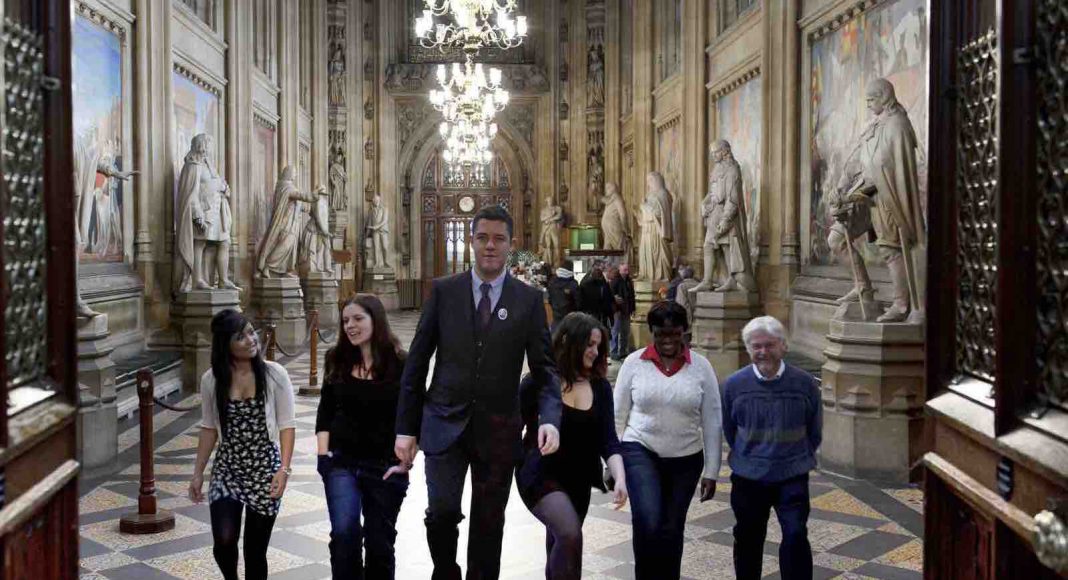 Prince George wears shorts even during the cold British winter

LONDON: Being a royal has obvious perks: You get to live in castles, wear amazing gowns, and put on priceless jewellery. But there are also some, let’s say, quirkier aspects to British monarchy. Some are understandable traditions, others delightfully eccentric nods to centuries gone by. For this reason, Meghan Markle, also known as Duchess of Sussex, will need to brush up and understand Royal Traditions, after she joined the family fold.

You could start with the fact the Queen has two birthdays- one is the actual day she was born, 21 April. The second is her official birthday, usually celebrated on the second Saturday in June. This second birthday is generally for monarchs not born in the summer, so official festivities can take place in better weather. June has a better chance of sunshine than April for the annual Birthday Parade, also known as Trooping the Colour

The Queen of no passport

The Queen also doesn’t need paperwork to travel internationally. As the British passport is issued in the name of Her Majesty, it’s unnecessary for the Queen to give herself permission to travel. However, all other members of the Royal Family, including The Duke of Edinburgh, do require passports.

Follow the law. The reigning monarch is also exempt from requiring a driver’s licence and wearing a seat belt. She is immune from civil or criminal proceedings, a throwback to the time when the Sovereign established and enforced the legal system. Although as the official website of the Royal Family points out: “The Queen is careful to ensure that all her activities in her personal capacity are carried out in strict accordance with the law”.

Ravens at Tower of London

Royal Traditions. Also enjoying special privileges are the ravens of the Tower of London . During the reign of King Charles II in the 17th century, a prophecy declared: “If the ravens leave the Tower of London, the kingdom will fall”. Ever since, at least six ravens have continuously resided in the Tower, protected by the Ravenmaster, who breeds and feeds them.

Wear shorts. Another anomaly is the penchant for shorts. You may have noticed that Prince George wears shorts even during the bracing British winter. This long-standing tradition among the upper classes, aristocracy and royals goes back to when it was considered ‘suburban’ or middle-class to do otherwise; instead, boys wear shorts until the age of around eight, when they ‘graduate’ to trousers. Who’d have thought cold knees and goosebumps could be a sign of blue blood?

Sounds of bagpipes. Tradition is everything here. Every morning Monday to Friday, the Queen is woken by the sounds of bagpipes playing outside her bedroom window. The Sovereign’s Piper was first appointed by Queen Victoria in 1843 after she took a trip to the Highlands. The 15-minute morning ritual has continued ever since.

Old rituals are here to stay

Another bizarre custom takes place during the annual State Opening of Parliament. Before the Queen delivers her speech in the House of Lords at the Palace of Westminster, an MP is delivered to Buckingham Palace and ‘held hostage’ to ensure the Queen’s safe return. This centuries-old ritual harks back to a time when the monarch and Parliament weren’t so friendly; as a result, precautions had to be taken to ensure the Sovereign arrived home in one royal piece. Today, it’s simply retained as a symbolic gesture to days past.

These are just a few of the quirky rituals of the Royal Family. These traditions may seem strange, but they’re part of the rich and fascinating history of British royalty and no doubt will be preserved for centuries to come.

Celebrate some other quirky royal traditions with these Royal places of interest: Buckingham Palace, Hampton Court Palace and a Houses of Parliament Tour with Afternoon Tea

Start planning your next dream holiday. Here are some of our favourites, perfect options for a much-needed break. Just start the fun.
Read more
Eat Local

Spain has a great tradition of serving Tapas. Small dishes in a bar or plates ideal for sharing. Barcelona is a Tapas-City and here are 27 of the most tasty.
Read more
Drinks

One is all right. Two are too many, and three are not enough. There are countless myths about Dry Martini Cocktail, a drink for style and class.
Read more