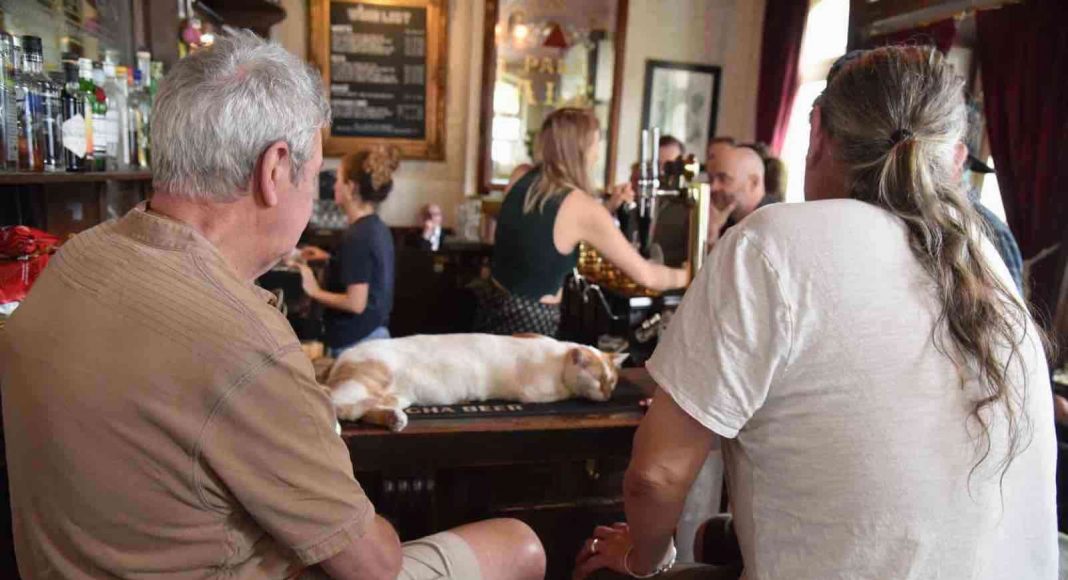 The Pineapple old Pub with two cats and nine lives

LONDON PUB: More than 150 years of celebration. It´s fair to say; You haven´t rightfully been to Kentish Town if you haven´t paid a visit to The Pineapple, the local pub tucked away not far from the tube station on Northern Line. Pineapple has reached a real milestone, turning 152 years of a colorful, boozy existence. It´s pretty good for a corner pub in a quiet neighbourhood in postcode NW5.

The Pub saved. So great is Kentish Town’s love of the Pineapple that when the pub was threatened with redevelopment into flats, locals started a campaign to save it – and got the place listed by English Heritage in just eight days. The Pineapple War started in 2001 and last for a year. It´s fair to say the typical guest has evolved from working-class grafter to middle-class and devotees from those glory days. These was the ones who grouped together to save the pub. This group included a number of famous punters – from TV-host Jon Snow to London-major Ken Livingston.

This backstreet boozer dates back to the mid-nineteenth century, and you can feel the history in the weathered wood of the joyously unmodernised main bar. In the pub you will find a plaque on the wall not far from the old fashion bar honouring that tumultuous times. There is a modern conservatory to the real and an upstairs space where you find the kitchen.

Landlady Poppy Wheldon, who took the helm four years ago, is the first woman to run the place in a good while.
“It’s the female touch,” she says modestly. “The Pineapple is an old fruit, and can get a bit grotty without a regular spruce-up. It’s the small things, candles, fairy lights in the garden, water fountains, biodegradable straws and, well, keeping the toilets clean.”

Saved the waterhole. Some will remember the Pineapple rescue operation in 2001. Ex-landlady sold the business under assurances that it would remain a public house. However, take-over owners swiftly lodged a planning application to turn the whole building into flats, a move that crossed a line for Kentish Town’s passionate locals – and led to the launch of a grassroots campaign to save the adored waterhole.

Momentum grew to a 62-member hoard of determined pub-goers. The campaign was supported by celebrities, alongside artists, lawyers, writers, councillors, and builders. It soon pierced the national newspapers. Within eight days English Heritage listed the pub as Grade II, both inside and out – and the rest is, well, pub-saving history.

Some have been drinking here for 50 years

Feel at home. The second anyone new walks in, the locals go out of their way to make them feel at home. Some of the boys have been drinking here for in-excess of 50 years.
The longest running is Mike Hollis. “I first came here two years before England won the World Cup,” he says. «It’s a nice London pub, it’s in the bricks-and-mortar, and has always had a welcoming atmosphere and that immediacy.”

The badge for the longest running regular, however, goes to the infamous Pineapple Ghost – it is believed to be a woman. The pub has exclusive regulars in two pub-cats who reigns on each floor.
The Pineapple proved it´s like a sharp old fruit – just gets better and better. In addition, we´ve all heard the common myth that cats have nine lives. The Pineapple´s future should be secured as the pub has not less than two cats. 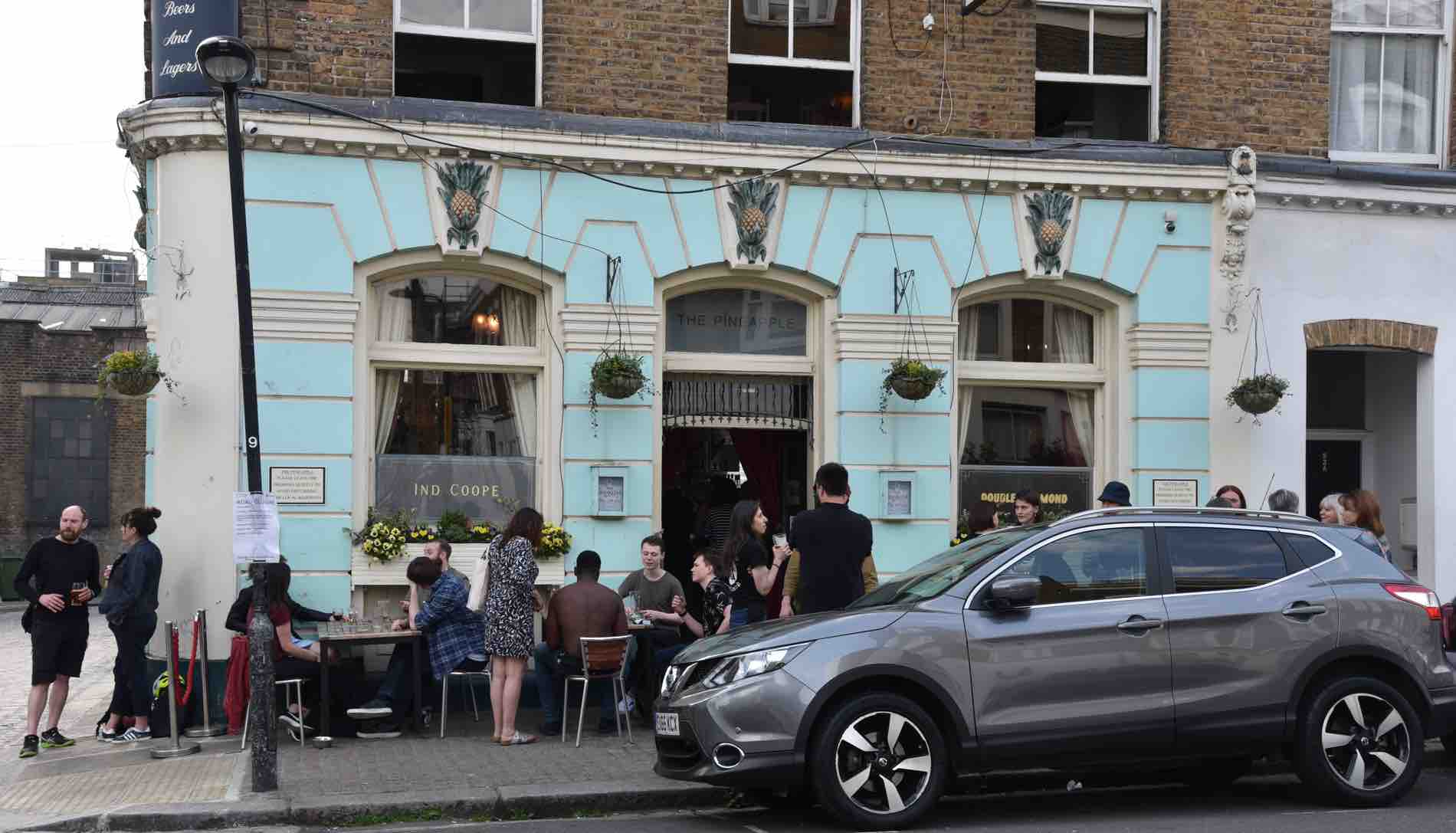 Irish Pub: If you are looking for something true Irish in London, you have come to the right place. More precisely, at the high street of Stoke Newington, north of the capital.