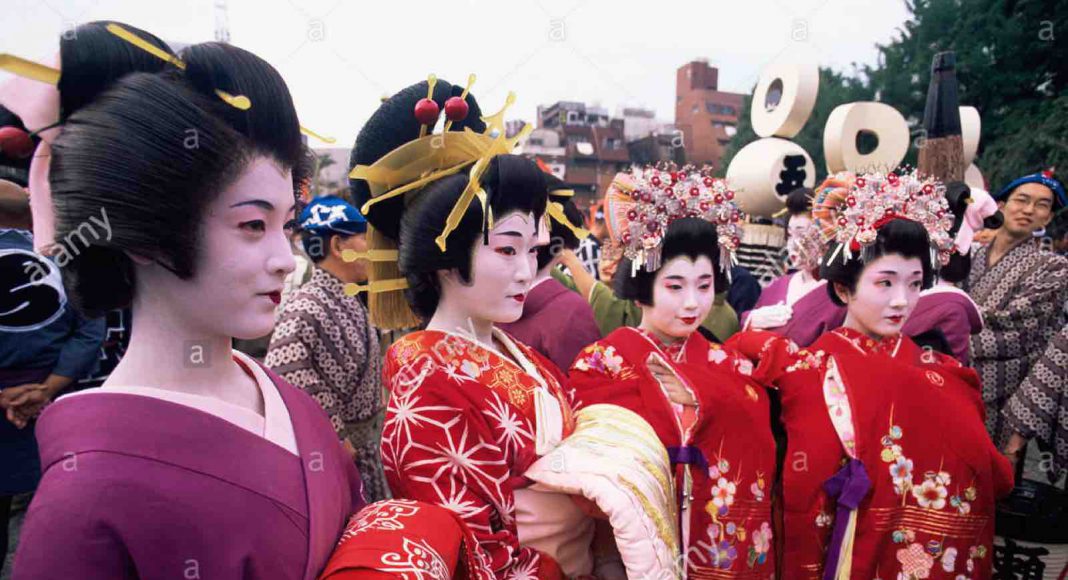 Time travel: Check out Tokyo in an old light

Toden Arakawa line is the last route on the old network

TOKYO: Located in the middle of Tokyo, Kagurazaka is blessed by a cozy and laid-back atmosphere with leafy trees lined up along the main street. Regardless from the time of the day, the district is ideal for shopping, dining, or just to take a stroll. Kagurazaka has visit-worthy spots, from hideaway cafes and trendy bookstore to old-school eateries specialising in orthodox washoku.

A traditional picture of Tokyo will for sure include a sea of geometric towers and a million blinking lights. Undeniably parts of the city – notably traveller-favorites Shinjuku and Shibuya – are just that. But look further and you will also find pockets from an earlier age.

Afternoon in Yanaka. This neighbourhood is beloved by locals who like their city slow, with a distinctive early 20th-century feel. There are few apartment blocks, instead you will find two-storey houses made of unadorned wood and plaster, as well as narrow roads that were clearly designed for people, not cars.

Many old buildings now house boutiques, such as Sonomitsu, which sells handmade shoes. Hip cafés including Hagi Cafe are a testament to the neighbourhood’s growing popularity as a weekend leisure spot. There are also numerous temples, including Gyokurinji, with its old Himalayan cedar tree.

Before Tokyo’s famously efficient subway system, it was electric trams that ferried the population around: The Toden Arakawa line is the last route on the century-old tram network.
Trams wind through the city’s sleepy northern suburbs, past small parks and shrines and plenty of homes with futons airing on the veranda. Alight at any of its 30 stops and spend an hour exploring little-known local neighbourhoods. Highlights include: Zoshigaya, its cemetery is the final resting place for several Japanese literary greats (including Natsume Sōseki); and Asukayama, with its magical cherry tree-packed park.

Each residential neighbourhood in Tokyo has a shotengai (market street) selling everything from fresh fish to running shoes and potted plants. Tokyoites will tell you it is one of the best ways to get to know the city.

The Kachi-un Shotengai in Kameido, nails the spirit of a mid-20th-century market street. Also worth a visit: the Joyful Minowa Shotengai in Minowa at the eastern terminus of the Toden Arakawa line.

Food in Kagurazaka. More than 100 years ago, Kagurazaka was a famed geisha district. Its exclusive teahouses and ryotei (restaurants serving haute cuisine).  There are only a handful of geisha still working in the neighbourhood; tastes have changed and few people can afford such lavish parties, which start at £500 per person.

However, the ryotei and elegant atmosphere have remained, making Kagurazaka one of the city’s top dining destinations. For a taste of this high-end world, visit Kohaku, which has three Michelin stars, and offers small plates including sweet Hokkaido crab and marbled Yamagata wagyu (Japanese beef). After dinner, take time to stroll Kagurazaka’s picturesque cobblestone alleyways.

Night out. Tokyo’s answer to the hipper-than-thou cocktail scene is the Yokocho – alleys lined with tiny bars and restaurants. They are often being located under elevated train tracks or in post-war black markets. Look for the tell-tale red lanterns. Their stock in trade is charcoal-grilled meat chased with mugs of frosty lager.

Long seen as a hangout for middle-aged suits, Yokocho have recently been embraced by trendy young Tokyoites. Top pick is the elbow-to-elbow drinking and dining chaos of Ebisu-yokocho.You might even stumble upon geisha houses that take you back to an older Tokyo.

Get our city guide to Japan. A country like no place you’ve ever been before.
Travel tips: How to save money traveling

Finally, I found a language with few or no words that suggest something negative. Not any word for No! Not even one. Simply positive talking.
Read more
Asia

The secret living a long and healthy life is not secret any longer. You should visit Japan, Italy, Iceland and live happy in Spain to learn.
Read more
Art