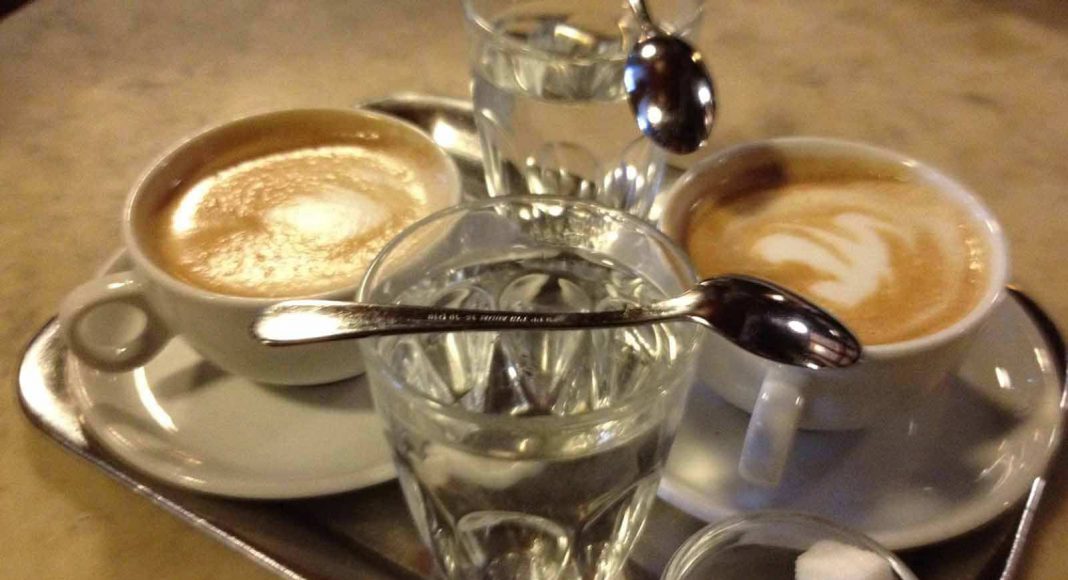 Vienna Coffee is still served on a silver plate

You will not get the same feeling anywhere else

VIENNA: This is the Coffee Capital of Europe. Without coffee Vienna coffee would be like a latté without the milk foam. Coffee lovers are spoilt for choice in the Austrian capital where beautiful cafés and a huge amount of other attractions await discovery.

Peace and relaxation is what immediately most people like to associate with a coffee shop. However, in reality this is far from the truth, coffee shops around the world are filled with phones ringing, café latte in plastic cups and cake without flavour. In comparison the so-called “coffee houses” appears significantly less stressful. I would even go as far as saying that you will not get the same feeling anywhere else.

The intoxicating peace is perhaps consequence of the culture for quality food and beverage. In nearly all coffee houses it is considered rude to rush and most places they insist that phones are switched off. The service is impeccable and although it takes longer than usual to get served, the coffee arrives on a silver plate accompanied by a glass of water. When Starbucks arrived on the scene many locals feared the worst about the coffee houses future existence, those fears where soon brushed aside.

Café Central is the most famous and fascinating coffee house in Vienna. With it’s piano music, chandeliers and marvellous ceiling it is something you do not want to miss. The café occupies the ground floor of the former stock market building. In 1876 the Café Central opened its doors for the first time. There have been many famous costumers through the years. Most notably Leon Trotsky, Josef Stalin and of course the infamous Austrian Adolf Hitler.

Café Sperl is just a short walk away from the busy tourist areas. The tables are made of marble, there is parquet flooring and the sofas are. Which makes Café Sperl more tradisjonall than any other coffee house in town.

Cafè Mozart has been at same address since 1794. Always a popular meeting place for artists. Right opposite the Albertina, and close to the museums in the Imperial Palace and the opera house. Combines culture with fine coffee.

Another Coffeehouse that is worth a mention is Kleines Café. The fact that it is small in size makes it even more charming. Actor Hanno Pöschl opened the café in 1970 and he still runs the place. Guests with time for enjoyment can go to Franziskaner Platz 3, not far from Stephansdom, Vienna’s famous cathedral.

The legendary Café Drechsler has been given a stylish makeover by famous British designer Sir Terence Conran. It still retains its popularity as a place to meet, and enjoy Viennese cuisine and excellent coffee. Drechsler opened its doors for the very first time in 1919 and was sympathetically remodeled in 2007 to create a Vienna coffee house for the 21st century. Instead of the customary pianist visitors will be treated to live DJ music several nights a week. Address: Linke Wienzeile 22.

Coffee is not only drunk in Vienna, it is also roasted here. The city’s smallest roastery can be found near the Naschmarkt. The Alt Wien Kaffee greets guests with the intense aroma of a coffee blend that is roasted daily.

Vespa with coffee. Coffee is not only drunk in Vienna’s coffee houses. The Espressomobil also serves coffee in parks and other public places. Look for a Vespa, converted into a mobile coffee dispenser with a retro look. The Espressomobil visits four locations; Sigmund Freud Park at Schottentor, the Old General Hospital, at the U4 station Spittelau and at number 39 in Mariahilfer Straße.

More from Vienna: Have a grand old time

The airport is on S-Bahn line S7 which delivers you to Landstrasse/ Wien Mitte for €3.60. The 16-minute City Airport Train to the same station costs €9. The airport is 15km south east of the city; taxis cost around €30.

Etiquette. You will hear “Grüss Gott” (greeting the almighty) or “Guten Morgen”, “Guten Tag” and “Guten Abend” about everywhere – and you should return the greeting. Locals love their titles, and you arfe expected to use title whilst shanking hans, e.g. “Grüss Gott, Herr Doktor”. In cafèes and restaurants the waiter will expect to hear a Herr Ober” from guests seeking attention.

Coffee serves in many different kinds. Melange is milky coffee, Mocca means black or study the menu before ordering. Tips are not included.