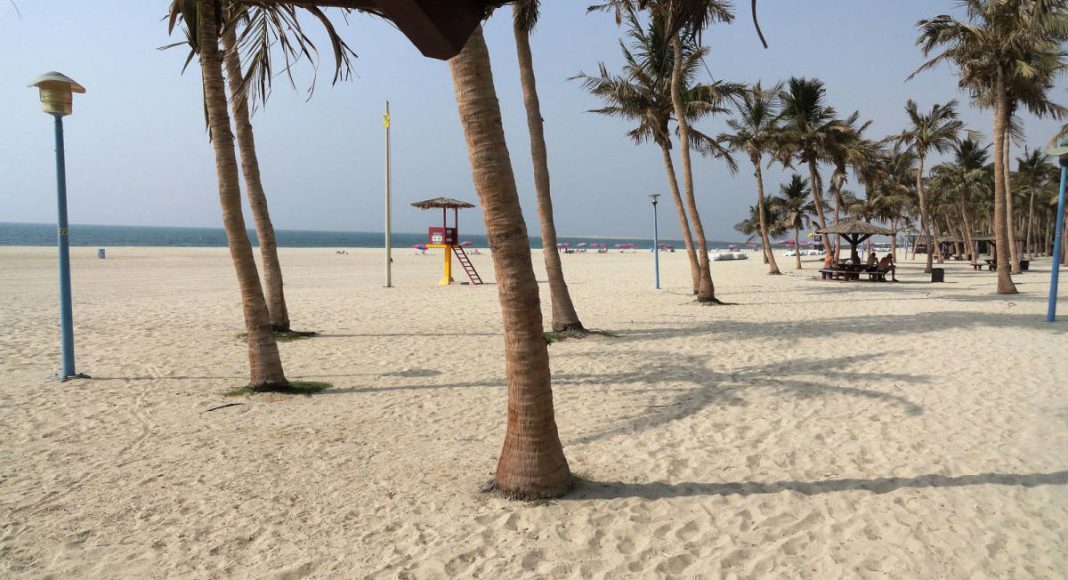 You no longer need Ferrari to fit in Dubai

Free beaches, free to watch Camel race and no pay at Dubai Art Museum. But many are really badly off

DUBAI: It’s not all bling in this ultra-modern Arabic metropolis with the largest shopping malls and some of world’s tallest buildings. Getting there is easy and room rates are reasonable. It’s time to catch some sunshine before the fierce heat of the summer – do so before April when the serious heath sets in. 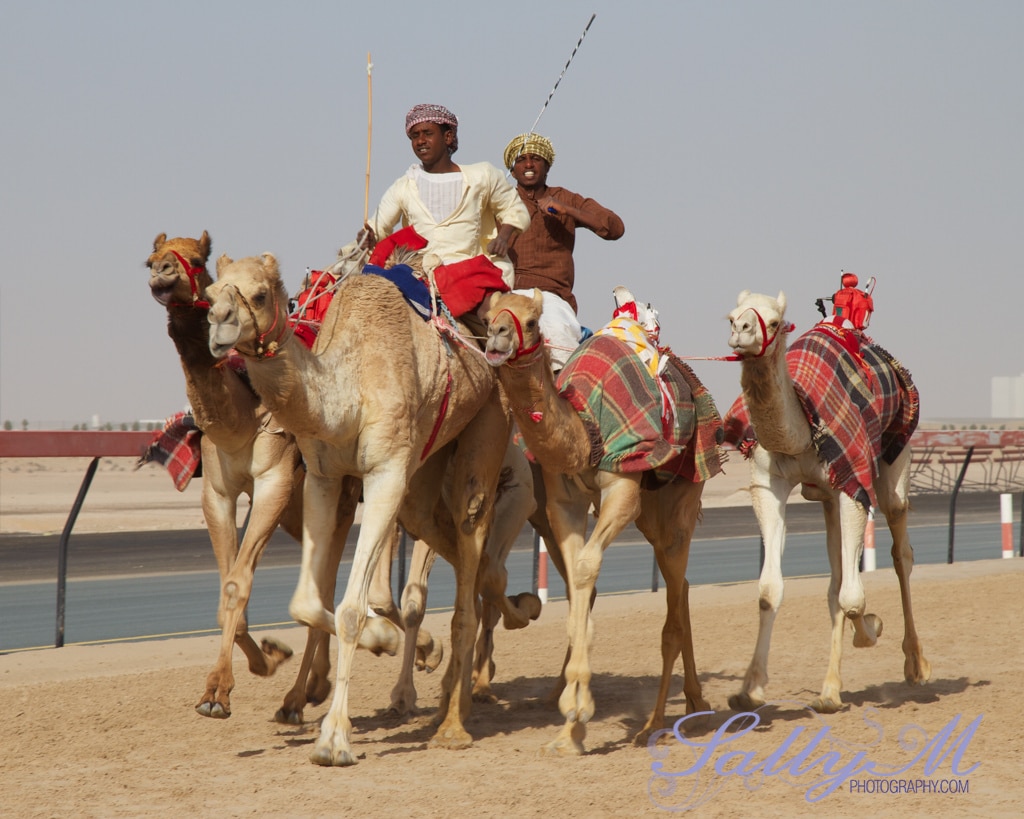 The oldest and most compact part of Dubai is Deira, which occupies the east bank of Dubai Creek. Visitors tend to stay either in the historic centre around the creek or along the coast in Jumeirah. Dubai’s miniature dose of culture can be found in Bastakiya, the Bur Dubai district of shade alleyways, sand-hued buildings and leafy courtyards close to the Creek. Visit Dubai Museum in the 18th-century Al Fahidi Fort.

With Dubai’s streets blocked by traffic, the creek provides speedy rides by wooden water-taxi, shuttle continuously across the creek for 2 Dirham only. You no longer need a Ferrari to cross the Creek. Jumeirah Beach Park is one of the public beaches. A small entrance fee gives you umbrellas and changing rooms. Sunset Beach west of Jumeirah Mosque is also a public beach.

Here to stay. The Arabian Courtyard Hotel & Spa has outdoor pool and overlooks DubaiMuseum courtyard’s dhow and Le Mèridien Fairway on Al Garhoud Road is a comfortable hotel surrounded by excellent restaurants. On the edge of Bur Dubai, the new Melià in Kuwait Street has glam rooms and rooftop pool.

The Shindagha quarter offers some insight into Dubai’s more modest past. Start at the Heritage and Diving Village. Along the creek is the Sheikh Saeed al-Maktoum House, a late 19th-century structure with elegant wind towers. Continue through Bur Dubai souk and you emerge close to the Grand Mosque, on the doorstep of Bastakiya quarter.

Bastakiya has been discreetly reconstructed, buildings now housing art galleries, shops and restaurants. You will discover Majlis Gallery, the first art gallery opened in Dubai some 30 years ago. Dubai Museum gives you an insight from some of the earliest inhabitants of Dubai.

To the untrained eye, camel-racing looks like a selection of uncoordinated pantomime horses running in at least two directions at the same time. But here it’s a serious business. And it’s free. Head to the Al Marmoum track half an hour east of the city, to see camels chasing through the sand clouds with robot jockeys on their backs. Meets take place between October and March, but details can be hard to come by – ask your hotel concierge.

The metro. Dubai Metro is the longest automated Metro system in the world, built in one go. It has made exploring cheaper, but it doesn’t stop at all the sights. To see all the hotspots, including the souks, Palm Islands and Dubai Creek, take an all-day open-top Big Bus (bigbustours.com), or private tour with car and driver by local experts Eastbound (eastbound.ae).

On the east bank of Dubai Creek, check out some of the 300 shops at Deira City Centre, convenient for the airport on the way home. On the Jumeirah Beach Road is Mercato Mall with 130 stores, including many big brands.

The Gold souk is a haggler’s dream and has real savings compared with the big malls. But if a deal sounds too good to be true, it probably is. Surreal Dragon Mart is the great Mall of China, 20km east of the city, a home to oriental versions of everything – from budget sat-navs to soaps that promise to restore virginity.

Food and drink. A creek-side table at Al Bandar in The Heritage Village is a perfect place for non-alcoholic fruit cocktails and all things fishy, from char grilled snapper to sautéed mussels. A starter of crab and avocado salad came with soft avocado and crab, layered with lettuce and cocktail sauce. This is a no frills sort of place, and doesn’t serve alcohol. But shisha is available for some waterside puffing.

For a morning meal or lunch try Arabian Tea House, formerly known as Basta Art Café. This sun-drenched courtyard in historic Bastakiah impresses with its menu, super food along fresh juices. An ideal spot for a healthy start to your morning.

Snow in the sun. If you are tire of sun, sea and souks, head on to real snow at the ski-complex Ski Dubai. You can hire all equipment you need to ski five different runs or practice snowboard stunts. It’s not for free, but fun and in all meaning cool, especially when the temperature outside is approaching the boiling point.

The badly off population

The cost of living in UAE is relatively high. The UAE is one of the top ten richest countries in the world, and yet a large percentage of the population lives in poverty — an estimated 19.5 percent. Abu Dhabi and Dubai control 83 percent of the UAE’s wealth. This means that the other five emirates depend on the federal government for financial support.

An Iranian photographer captured the desperate lives of South Asian labourers who travel to Dubai in the hope of building a future for their families – but find only squalor, low wages and backbreaking work in stifling heat.

Farhad Berahman’s pictures were taken in Sonapur, the unofficial name for a work camp on the outskirts of Dubai, far away from the luxury, soaring skyscrapers. ‘Sonapur’ – ironically, the name means ‘City of Gold’ in Hindi – is home to more than 150,000 workers, mostly from India, Pakistan, Bangladesh and China. Most of the guest workers is really poor and they don´t attend camel races – even this is for free.

Dubai is one of seven states that comprise the United Arab Emirates (UAE), a country formed in 1971 from individual sheikdoms.
Foreigners make up most of Dubai’s population. The local people, called Emiratis, are just 15% of the total.
Emiratis are provided with free education, free medical and free housing. However, lately their subsidies have been cut back and they have been encouraged to get jobs.
Dubai is apparently the fastest growing city in the world! In 1991, Dubai had just one tall building and it was at the edge of the edge of the desert. Now they have over 400.
The tallest building in the world, the Burj Khalifa, is in Dubai. It has 164 floors!
Oil was discovered in Dubai in 1963, but today oil accounts for just a small portion, about 11%, of Dubai’s revenues. Tourism and trading are much bigger components of their economy.

Facebook
Twitter
Pinterest
Previous articleHeavy News from Fat Brazil – Once slim, now fat!
Next articleDating online and Looking for Love; Save money and a broken heart

Between towers and high buildings, this one appears curved in shape and decidedly unique. This is the Museum of the Future. The future is here.
Read more
City Break

Great fun is part of the trip. Malaga weekend breaks is music in the streets, parades, festival and carnival with humour and satire when spring returns.
Read more
Asia