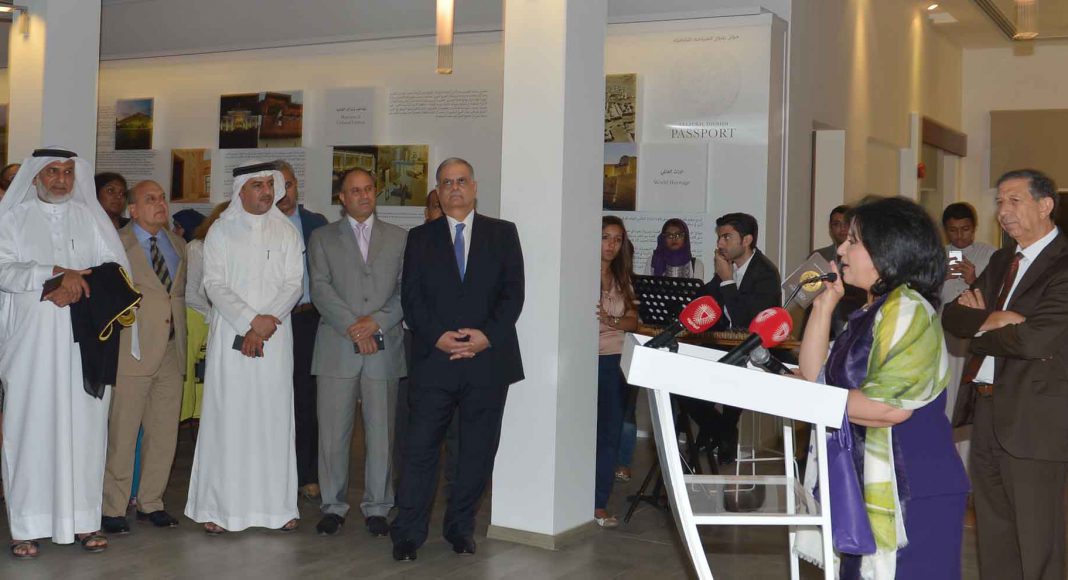 Did you know..There is more that one billion tourists every year

BAHRAIN: Over one billion people cross international borders each year, it means there is more than one billion tourists. World Tourism Day was celebrated in Bahrain. Shaikha Mai Al-Khalifa surprised as she gave away 200 passports covering major and exotic tourist attractions of Bahrain.

”When the fisherman goes fishing, there are many things he needs to do and choices he needs to make to ensure he brings some fish back home. He must have the right boat… the right equipment… the right crew, and he must go where the fish are. Otherwise, he will only return home empty-handed”. Those are the magic words of Alain St. Ange, Minister of Tourism & Culture in The Seychelles. His message on World Tourism Day; “let us make tourism our business”. Countries around the world and United Nations members celebrated World Tourism Day on September. “One billion tourists, one billion opportunities”, is the theme for this year.

HE Shaikha Mai Bint Mohammed Al Khalifa, head of Bahrain Authority for Culture & Antiquities joined World Tourism Day. She surprised her audience and the media when the Cultural Tourism Passport sting unravelled. Her assistants gave away 200 passports covering 21 major tourist, heritage and archaeological attractions of Bahrain. The lucky recipient have to tour the 21 attractions and get an official stamp that they fulfilled the assignment.

A’ALI BURAIL MOUNDS – this world heritage site is considered the largest prehistoric necropolis in the region. Since the 3rd millennium BC families of influential deceased from Babylonia (present day Iraq) sought to have their interment in the sacred burial site. According to mythology today’s Bahrain was visualized as Eden and regarded as eternal paradise!

David Scowsill, President of the World Travel & Tourism Council stated: “Travel and tourism is a sector which contributes nearly 10% of the world’s GDP. One in 11 of all jobs on the planet. Over one billion people cross international borders each year.

“The tourism industry is catalytic in nature and impacts every sector of the economy, from food and entertainment to the environment”. I really like this genuine statement of O. Wilchcombe, Bahamas Tourism Minister. These colourful stories represent travel status in three corners of the world. The Indian Ocean, Arabian Gulf and the Caribbean. Insightful, creative and down to earth. We must be living the Age of Aquarius with great expectations and unforeseen anticipations.

A new terminal at the airport is set to open, while more tourist attractions are set to launch, including the tallest Aquarium and a Amphitheatre for concerts. Bahrain expands its food culture with a new restaurant village, Bab Al Saray.

The Kingdom of Bahrain is an archipelago of 33 islands in the Arabian Cilf in the Middle East. Climate is made up of two seasons. A relatively mild winter and a hot summer. The summer runs from May to October.

Visitors are invited to experience the art of pearl diving. You can scoop as many oysters as you can carry. If you are lucky enough to find a pearl, they can keep it forever.

Most of us has Christmas once a year, but for pub-owner Denzel in Nashville it´s Christmas every day year round
Read more
Adventure

A land of mystery. Photographer Amal travelled to Ethiopia. See her pictures and read her story.
Read more
Europe

Galway Oyster Party; Come out of your shell

Galway, the perfect festival to make friends, eat oysters and dress as extravagantly as you dare
Read more