Day of the Dead with Party and Bread

Pátzcuaro in Mexico is a special town to visit. The Magic Pueblo celebrates death as in the old days

DEATH AND AFTERLIFE: Paying tribute to the dead is an ongoing celebration. It has been around all over the world since the dawn of time. From Samhain festival in Ireland to Barriletes Gigantes in Guetemala, and India´s Mahalaya Amavasaya. But the most popular celebration is Day of the Dead. The ultimate celebration, full of colour, tasty galore, and in large numbers will happens in Latin America every year. Next party is November 2, 2021, and they will serve fresh baked bread for Day of the Dead.

To explore something moving and exclusive, “Dia de los Muertos” in Mexico and Spanish spoken countries is the places to be. It is associated with the Catholic celebrations of All Saint´s Day and All Souls’ Day. It is a day of celebration rather than mourning, a holiday for family and friends to remember members who have died.

Pátzcuaro is one of the destinations in Mexico where the traditional celebration of “Día de los Muertos” still continues being celebrated like in the old days. According to the tradition, this is the day when the departed return from the underworld to visit their loved ones. Lake Pátzcuaro is filled with candlelit canoes.

You might also visit the sacred lake of Janitzio and the Tzirumútaro pantheon, where you can see devoted people performing dances, songs and set up altars to remember their loved ones.  On your way back to Pátzcuaro, enjoy the offerings as well as the celebrations of the Wake of the Angels and the Dead. On this fascinating visit the smell of marigolds and copal will fill your spirit. Remember to be very respectful of the traditions of its inhabitants.

Pátzcuaro is a town of Purépecha, located on the shore of the lake of the same name. It is located 370km west of Mexico City in the Michoacán highlands known for its cobbled streets and sky full of white clouds. Paintings portrayed the lives of its people have been spread, its balconies adorned with flowerpots and in the background, fishermen return from their hard work.
Anyone visited “Pueblo Mágico” – the magical town of Pátzcuaro – in search of new experiences, has returned with a changed soul.

It only takes an hour by land from the city of Morelia. The climate is enjoyable, so any anytime time of the year is a great time to visit. However, keep in mind that if you want to join in the festivities of “Día de Muerto”, the time is end of October and start of November.

Not a Latino Halloween

Day of the Dead is not Mexico’s spin on Halloween. While they fall around the same time and have some similarities, they are entirely separate from one another.
In honour of the dead, at least one visit to the cemetery is important. The family go there to clean the grave and spruce it up with flowers and handmade decorations.

You might have seen sugar skulls as part of decoration. After the arrival of the Spanish, the conquistadors banned pretty much all traditions involving bones and or corpses. Then Mexicabs started making decorations our of sugar. These sugar skulls serve as an example of pre-Hispanic traditions that survived despite colonialism. By the way, they are super-hard and not meant to be eaten. 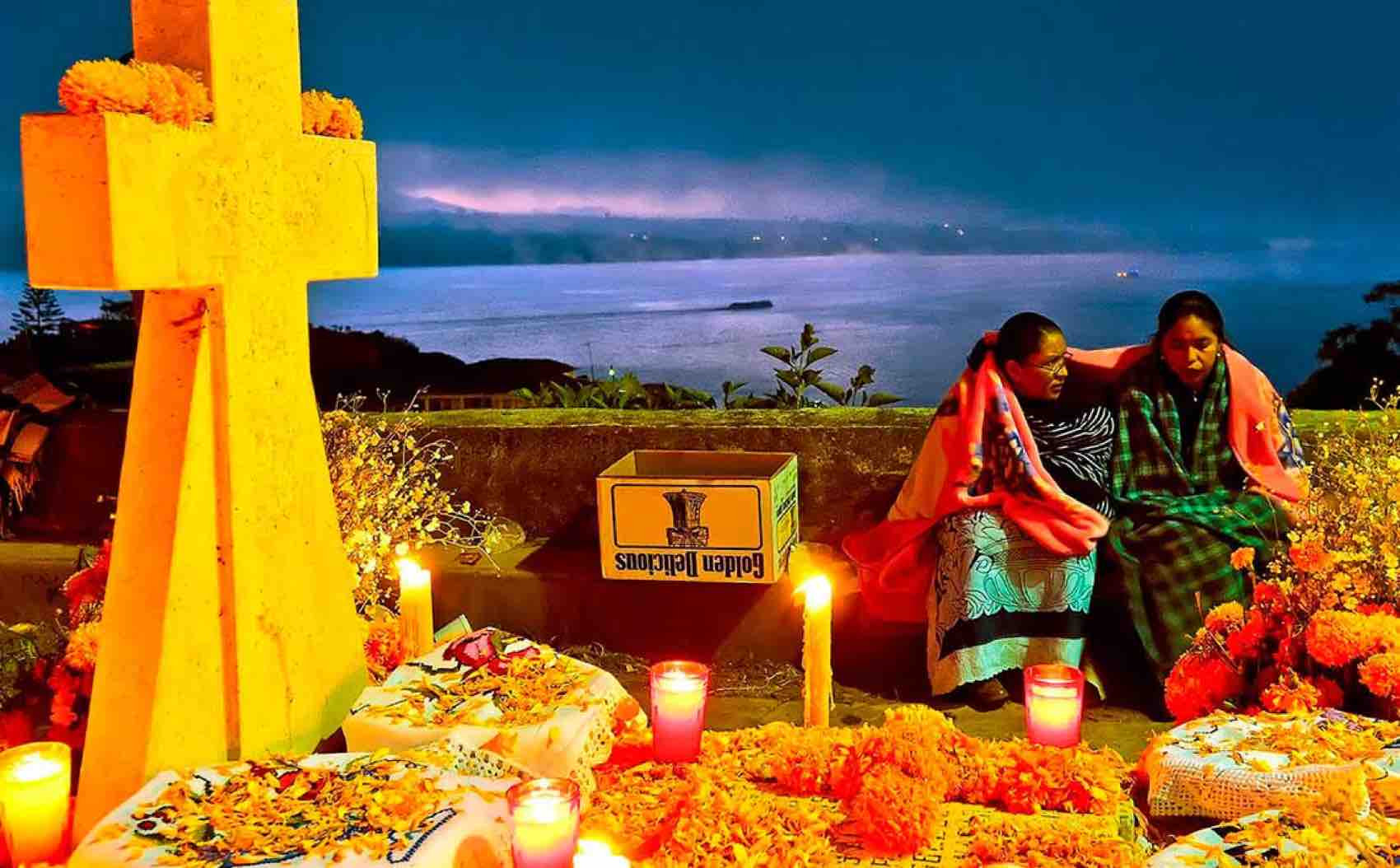 Bread for the dead

Pan de los muertos, Spanish for “bread of the dead”, is a type of sweet bread traditionally baked in Mexico during the weeks leading up to the Día de Muertos, which is celebrated in start of November. The bread is normally flavored with orange and anise, and finished with dusting of sugar.
On Dia de los Muertos, the bread along with favourite food of the deceased are brought to the gravesite, and eaten there. They think the dead are driven back to the living by scent of their much-loved foods.

Day of the Dead is celebrated all throughout Latin America and in Spain. They remember the love ones who´ve left this world, it´s not all doom and gloom. Actually, it´s a cheerful occasion. You won’t find many wandering mourners but merry people drinking, dancing and carousing in honour of their ancestors.

While Dia de los Muertos does, in fact, remember the people who’ve left this world, it’s not all doom and gloom. Day of the Dead is actually a festive occasion. It’s meant to celebrate those who’ve gone and fill the community with life and excitement. You won’t find many wandering mourners but rather cheerful merrymakers drinking, dancing and carousing in honour of their ancestors.

Another symbol of Dia de los Muertos is La Catrina, a tall female skeleton made of a political cartoonist 100 years ago. He sketched La Catrina when Mexicans were chasing the idea of aristocracy and wealth. Catrina is still a reminder that no matter the wealth you acquire, we all wind up as skeletons.

Tijuana: THE MURDER CAPITAL OF MEXICO